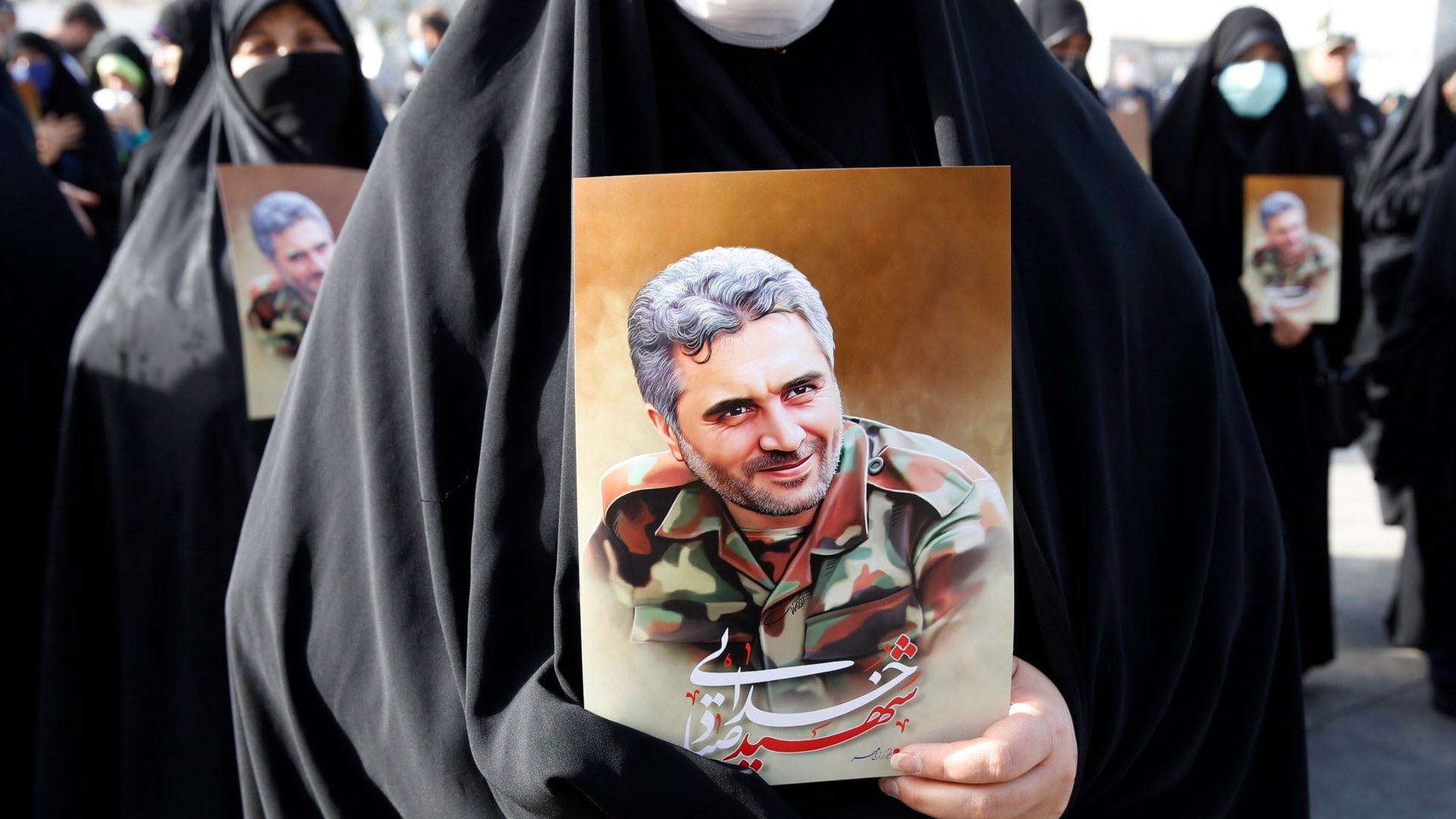 For years, Israel and Iran have been involved in clandestine actions against each other.

Israel sees Iran, a country that calls for its elimination, as his greatest threat; while Iran sees Israel as an enemy on the side of the United States that slows its growth as a regional power.

Events took a particularly dramatic turn in 2020, when Iran’s leaders blamed Israel for the death of its top nuclear scientist, Mohsen Fakhrizadeh, who was shot dead while driving a car on a highway outside Tehran.

Israel neither confirmed nor denied his involvement in the death of Fakhrizadeh, who became the fifth Iranian nuclear scientist to be killed since 2007.

However, The New York Times published a detailed report describing how the attack was carried out by Israel.

The former Mossad chief later revealed that the scientist had been a target “for many years” and added that the Israeli intelligence agency was concerned about his knowledge.

Western intelligence agencies believed that Fakhrizadeh was the head of a covert program to build a nuclear warhead.

In the months that followed, when Joe Biden became US president and attempted to revive the Iran nuclear deal (which was abandoned by his predecessor Donald Trump), Iran and Israel apparently continued covert operations.

Israel announced that it had foiled an alleged Iranian assassination plot; Iran boasted of a drone operation inside Israel and both countries allegedly attacked each other’s cargo ships.

Iran said last week that Israel was behind a sabotage attack on an underground nuclear site.

Just days ago, Iran said it will prosecute three people with suspected links to Mossad, whom it has accused of planning the assassination of Iranian nuclear scientists.

Iran also reported a number of mysterious deaths inside the country, including two aerospace officials who were “martyred during a mission” as well as a Defense Ministry engineer who was “martyred for industrial sabotage.”

However, he stopped short of blaming Israel for the deaths.

A not so covert war

The war between Israel and Iran now appears to be coming out of the shadows.

It has even gotten Hollywood-style treatment in the Apple TV series “Tehran,” in which a Mossad agent infiltrates the highest echelons of the Iranian Revolutionary Guards security apparatus.

In real life, Richard Goldberg, who served as director of the White House National Security Council to counter Iranian weapons of mass destruction under President Donald Trump, said Mohsen Fakhrizadeh could not have been killed. without a massive security breach inside Iran.

“One would assume that in order to get into a highly guarded nuclear facility or to gain access to key personnel, you would have to have complicity within the regime,” he said.

Iran continues to insist that its nuclear program is for peaceful purposes only.

But since Trump walked away from the nuclear deal in 2018 and reinstated US sanctions, Iran has responded by enriching uranium to ever-higher purity levels and is now close to having enough for a nuclear weapon.

His talks with world powers in Vienna on reviving the nuclear deal also they have stagnated.

Iran is also suspected of targeting US and Israeli interests in the region in retaliation for attacks on its territory.

In March, it fired ballistic missiles at what was supposed to be an Israeli “strategic hub” in the Iraqi Kurdistan region.

Iranian-backed militias have also been accused of launching rockets and drones at Iraqi bases housing US troops, as well as carrying out bomb attacks on supply convoys.

In an unprecedented move, Israel recently warned its citizens in Istanbul to leave the city and others not to travel to Turkey, saying they faced “real and immediate danger” from Iranian agents seeking to harm Israelis.

Meanwhile, the now former Prime Minister of Israel, Naftali Bennett, said that his country is implementing what he called “The Octopus Doctrine”which involves stepping up covert operations in Iran’s nuclear, missile and drone programs on Iranian soil, rather than targeting regional proxies in third countries.

“We no longer play with the tentacles, with the proxies of Iran: we have created a new equation by going for the head,” Bennett told The Economist earlier this June.

Mohammad Marandi, a professor at the University of Tehran and a media adviser to Iran’s nuclear negotiation team at the Vienna talks, responded: “Killing innocent civilians under Western political protection is nothing new for the Israeli regime, but the Israelis they exaggerate their abilities for political ends by pretending that ordinary accidents and deaths are also their doing.”

“Iran will definitely strike back, but Iran is patient,” he added.

The head of Iran’s elite Quds force, the Revolutionary Guard’s overseas operations arm, General Esmail Qaani, stated that Iran will continue to back any anti-US or anti-Israel movement anywhere.

Relations between the US and Iran have also deteriorated since Washington killed Qaani’s predecessor, Qassem Soleimani, in a drone attack on the Iraqi capital in January 2020.

Soleimani had been in the crosshairs of the US military several times, but was saved until Donald Trump decided to pull the trigger, under the influence of his then Secretary of State, Mike Pompeo.

Trump said Soleimani was “the number one terrorist anywhere in the world.”

The Trump administration also sought to shift the balance of power in the Middle East and further isolate Iran by negotiating Abraham Accordsin which the United Arab Emirates and Bahrain agreed to normalize relations with Israel.

“Iran hates the Abraham Accords,” said a senior Arab diplomat who did not want to be identified.

However, a former Iranian official said they did not see the deals as lasting, describing them as more of a “temporary love affair.”

Ahead of President Biden’s upcoming visit to Israel and Saudi Arabia, a senior White House official said the United States did not see the shadow war between Iran and Israel escalating, at least not in a worrying way.

Yet Rich Goldberg, who works for the Washington-based Foundation for Defense of Democracies think tank, says Israel’s clandestine campaign could have exceeded its limits.

“The world is waiting for a great moment when we wake up and hear about the Israeli air strikes.”

“But the Israelis seem to be quietly normalizing shadow warfare, which could easily turn into a direct attack on nuclear facilities, without the world saying, ‘There’s a military attack, we have to stop it.'”