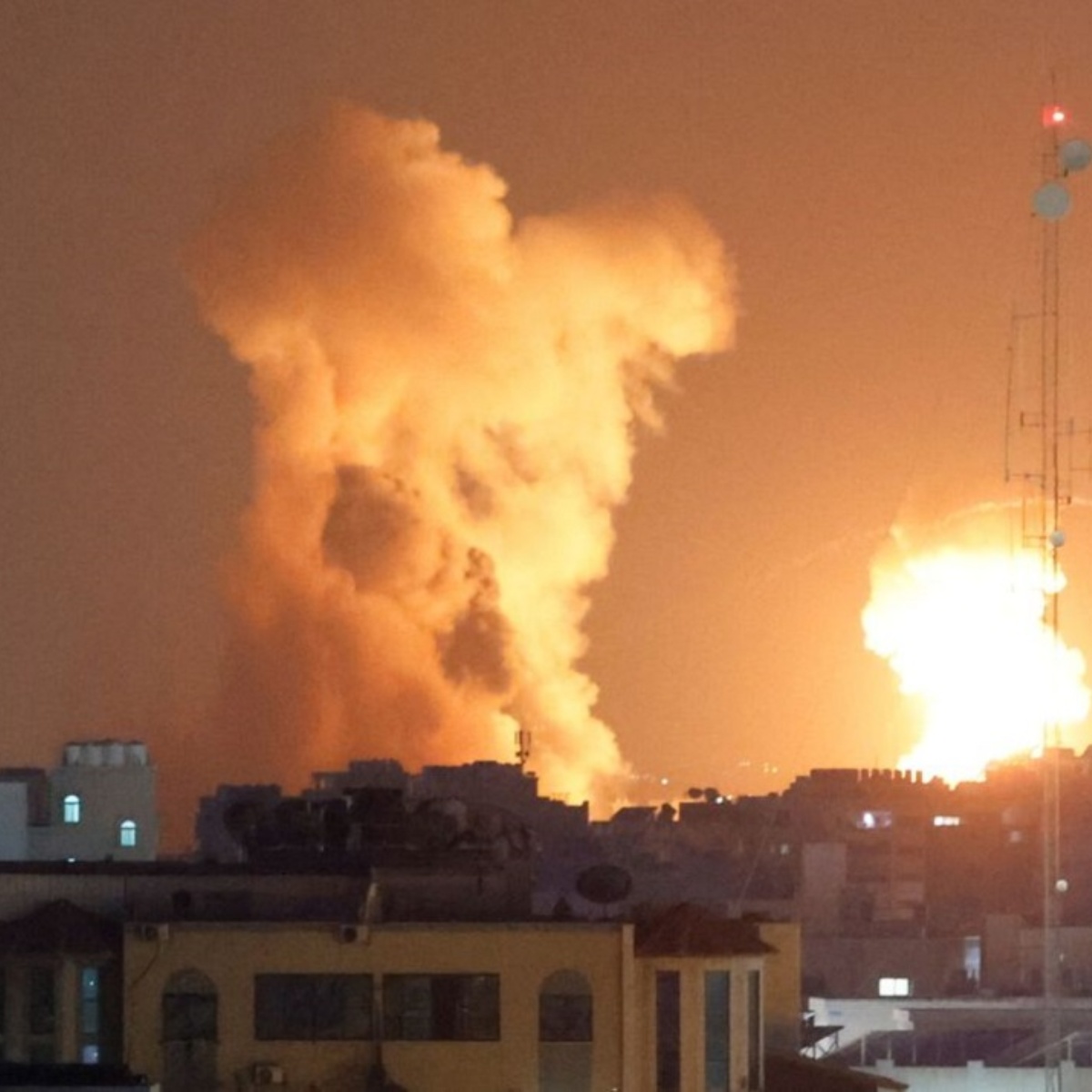 Israel attacked the Gaza Strip besieged with fighter planes on Friday, killing at least 10 people, including an Islamic Jihad group commander and a girl.

Taysir al-Jabari, commander of the al-Quds Brigades, Islamic Jihad’s military wing, was killed in an airstrike on an apartment in the Palestine Tower in central Gaza City, the group said.

The Gaza Health Ministry said at least 10 people were killed, including al-Jabari and a five-year-old girl. At least 55 people were injured and treated in hospitals as a result of the Israeli raids.

A 5-year-old girl died after the Israeli bombardment

The five-year-old girl, Alaa Qaddoum, was killed in a missile strike along with her father while they were riding a motorcycle to go shopping.

“His mother Rasha is very shocked. She lost her daughter and her husband in the blink of an eye and left behind three children. We are all shocked. What is the fault that an innocent five-year-old girl is killed in this way? family member Mohammad Abu Jabal told Al Jazeera.

Smoke billowed from the seventh floor of the building in Gaza City. Civil protection teams went to the scene to evacuate people and put out a fire caused by the attack.

“We just had lunch on Friday and my children were playing. Suddenly, a huge explosion hit the tower we live in. We escaped. The sound was massive. We were very shocked as the place is full of civilians. I saw a lot of casualties that were evacuated,” a resident told Al Jazeera with blood covering his clothes.

Gaza-based author and activist Rana Shubair, who lives in the al-Remal neighborhood on the western side of the Gaza Strip, said she heard “four or five loud explosions” when Israel attacked the nearby Palestinian Tower. “I was asleep and I woke up running, wondering what happened,” she Shubair said.

“There was panic in the area, people running. You can imagine… the amount of horror this caused to the people who lived in the building,” he added. “There were kids playing… this was really unpredictable for us.”

Multiple explosions were heard and seen throughout Gaza. Israeli reconnaissance drones could be heard flying over the besieged enclave.

The attacks also hit the southern areas of Khan Younis and Rafah, as well as the al-Shuja’iya neighborhood.

In the first response to the attack, rockets could be seen firing from Gaza into Israel as Israel’s Iron Dome anti-missile system lit up the night sky with explosions.

It may interest you: Israeli attacks on the Gaza Strip leave a balance of 100 dead

As we mentioned in AmericanPost.NewsThe attacks follow days of tension with Islamic Jihad following the arrest of senior Palestinian leader Bassam al-Saadi in the occupied West Bank city of Jenin.

They also came after days of border closures, including the closure of the Karem Abu Salem commercial crossing (called Kerem Shalom by Israel), which is responsible for the flow of fuel needed for Gaza’s only power plant.

In a statement, Islamic Jihad said: “The enemy has started a war against our people, and we all have a duty to defend ourselves and our people, and not let the enemy get away with their actions that have with the objective of undermining the resistance and national firmness”.

Ghazi Hamad, a senior official from Hamas, the group that rules the Strip, said the latest attack is “a brutal crime, a massacre committed by the Israeli occupation against our people.”

Hamad told Al Jazeera that there is “no justification” for the attacks, adding that the Palestinian factions have the right to defend themselves and “protect” their people.

According to him, the factions in Gaza have maintained “good coordination” and are exploring the “best option for the Palestinian people.”

An Israeli military spokesman said “we assume about 15 killed in action” in Gaza, referring to the Palestinian group’s fighters.

“We are not done yet,” spokesman Richard Hecht told reporters, adding that Israel expected retaliatory rocket fire from Palestinian factions in Gaza.

Israel also announced that 25,000 reserve soldiers were being activated.

Israeli Prime Minister Yair Lapid has said his country has “zero tolerance” for attacks from Gaza but has “no interest” in a broader battle.