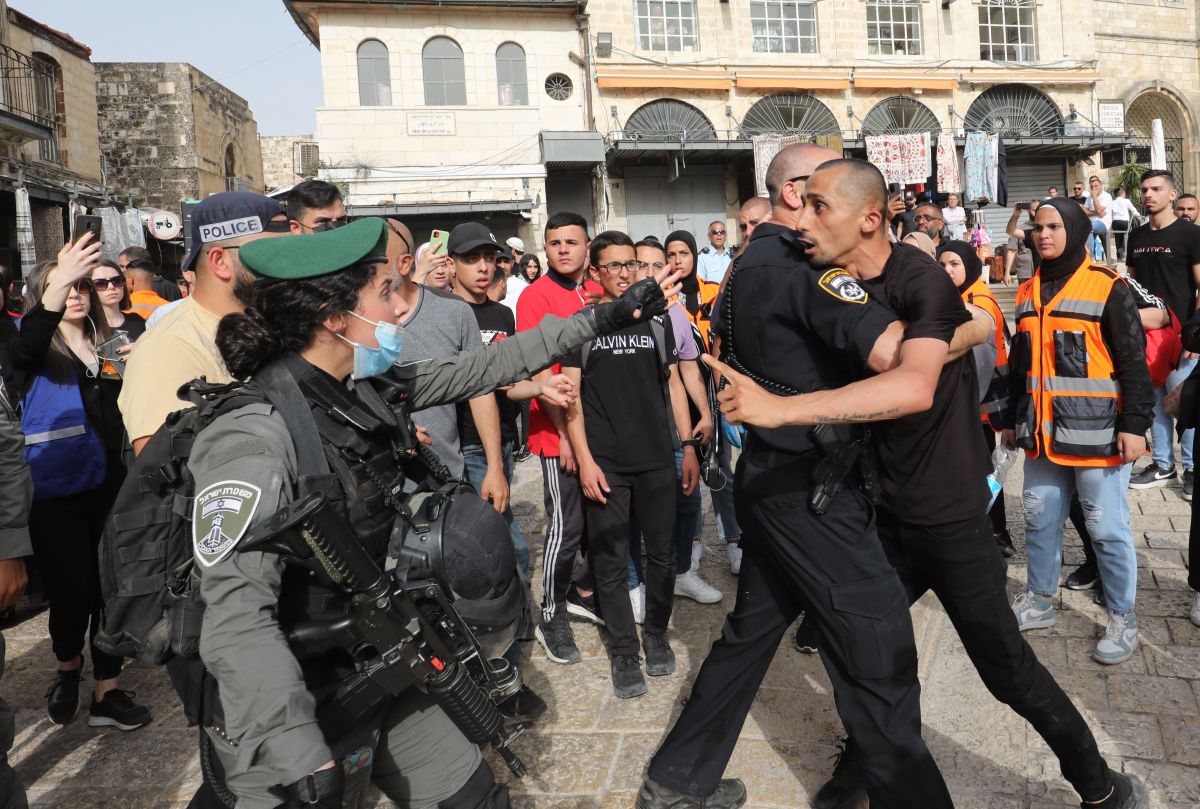 The Israel Police announced this Saturday that it will carry out an investigation into the actions of its agents during the funeral of the Palestinian-American journalist Shireen Abu Akleh in Jerusalem, after a wave of criticism for the police repression against those who carried his coffin.

“The Israel Police Commissioner, in coordination with the Minister of Public Security, has instructed that an investigation be carried out into the incident,” a police spokesman said in a statement today, adding that “the Israel Police Israel supports its officers, but as a professional organization seeking to learn and improve, it will also draw lessons from the incident.” “The conclusions will be presented to the commissioner in the coming days,” the statement announced.

The decision to investigate these events comes in response to a wave of criticism from the international community, including the United States Government, the European Union and the UN Security Council, after images of Israeli agents beating them with batons went viral. Palestinians carrying Abu Akleh’s coffin until it almost fell to the ground. The Police argue that during the funeral ceremonies “the agents were exposed to the violence of rioters,” who “tried to sabotage the ceremony and harm the police.” Given this, he added, the officers responded by using force.

During the day on Friday, the Israeli Police offered various arguments to justify the violence of their forces, first alleging nationalist chants, incitement to violence and the alleged throwing of stones, and then emphasizing that the intention of removing the body of the reporter from the hospital on shoulders violated an agreement with his family to do it in a vehicle.

These episodes took place in a context of high tension in Jerusalem, where some 10,000 Palestinians gathered to bid farewell to the veteran journalist, a native of the city and who died on Wednesday from a gunshot to the head while covering a raid by the Israeli Army in the West Bank city of Jenin.

Both the Palestinian National Authority and the Qatari network Al Jazeera – for which Abu Akleh worked – and several journalists who were with her when she died accused Israeli troops of having killed her. The Israeli government, for its part, initially blamed Palestinian militiamen and then pointed out that at the moment it is impossible to determine who fired the shot, stressing the need to carry out a joint investigation, something that the PNA refuses.

You may also like:
• Israelis accuse Emma Watson of anti-Semitism
• Israeli forces kill a Palestinian child with a shot to the stomach
• The US offers support to investigate the murder of Palestinian journalist Shireen Abu Ahleh