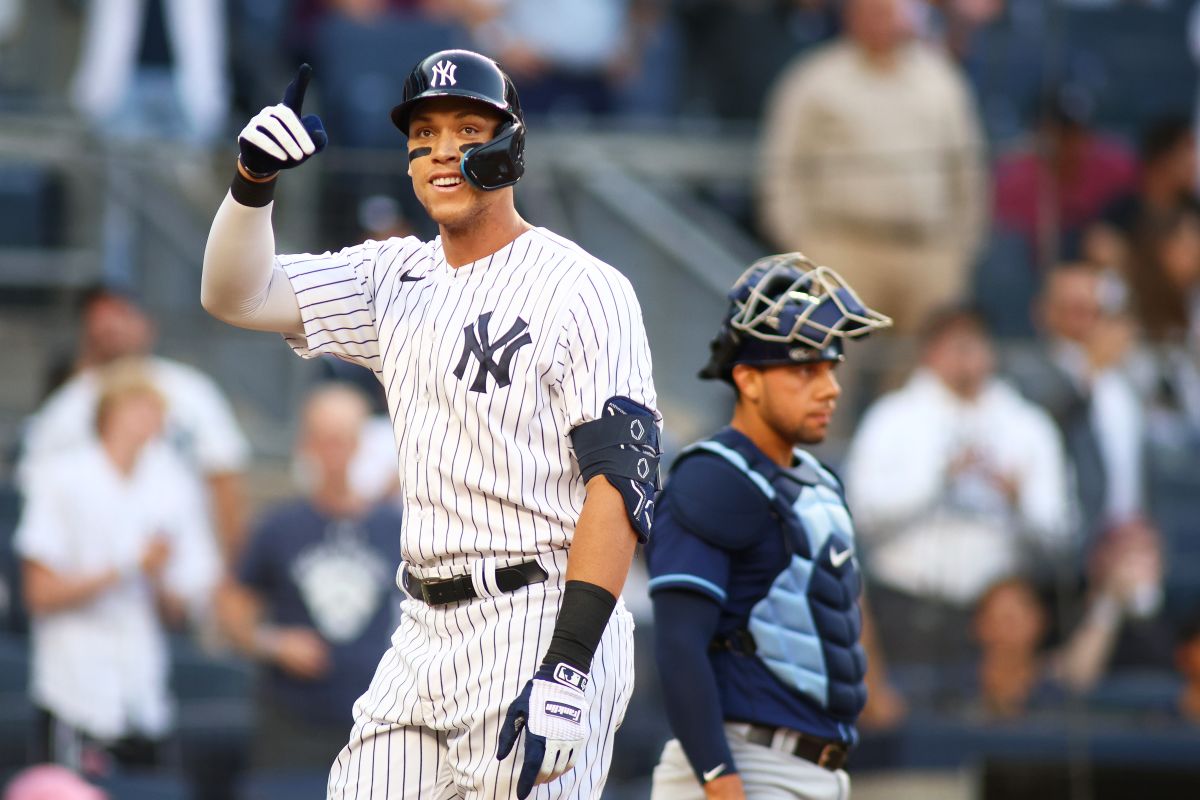 New York Yankees is suffering a small slump in the season, although it is not to worry due to its great advantage in the American League East Division. However, this has not affected Aaron Judge in his performance and this Wednesday he dispatched his home run number 45 to equal the mark of Babe Ruth Y Alex Rodriguez.

In this way, the powerful gardener and maximum figure of the “Bronx Mules” he sent the ball into the stands Safeco Field at 105 miles per hour and with a distance of 412 feet from the home of the Seattle Mariners.

This stake served Judge to become the fifth player of the New York Yankees to dispatch 45 balls in one or two seasons. The first were Babe Ruth nine times, Alex Rodriguez in two, Lou Gehrig in four and finally, Mickey Mantle on two occasions.

At this rate, “Judge” of New York is looking to get closer to the home run record of Barry Bonds in the same season, which is 73. Although it is a figure that no player has been able to break, the powerful outfielder wants to show that he can.

For the 2001 campaign, for these dates Bonds he had already walked all four bases 47 times. In a nutshell, Judge is close to the same pace as the historic player who hit 762 home runs in his career in The majors.

On the other hand, Judge He is having the best season of his career, since he has connected 124 hits, 19 doubles, 45 homers, 99 RBIs and an offensive average of over .300 points.

In this way, “Judge” is leaving some numbers of a true American League Most Valuable Player and as if that were not enough, it has also led to the New York Yankees to a possible postseason.