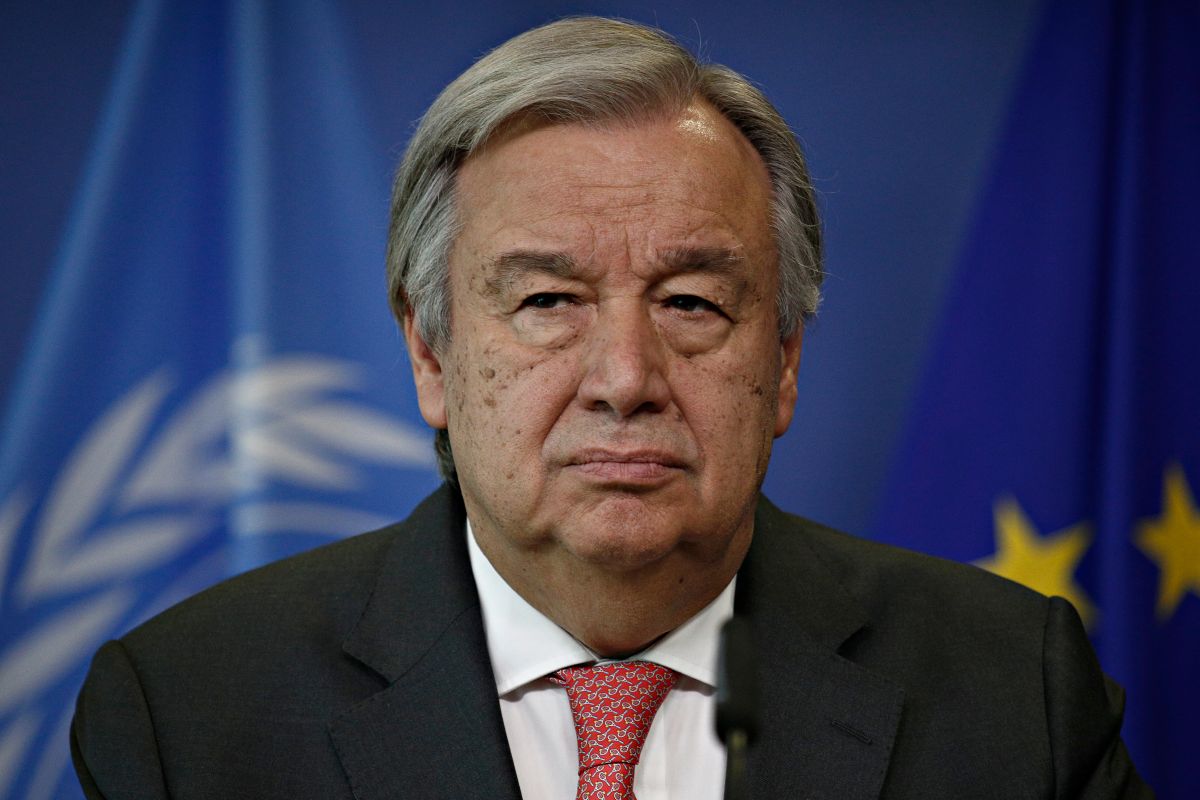 The big oil and gas companies show “grotesque greed”, according to the UN secretary general.

Antonio Guterres criticized this Wednesday the “excessive” benefits of these companies in the midst of the global energy crisis and urged governments to tax them.

US oil companies Exxon Mobil and Chevron, Britain’s Shell and France’s TotalEnergies posted profits worth a combined $51 billion in the second quarter of this year, almost double that of the same period last year.

Guterres recalled that in the previous quarter (January-March) the combined earnings of the world’s leading energy companies approached $100 billion.

“We are seeing excessive and outrageous profits in the oil and gas industry at a time when we are all losing money,” he criticized.

He urged governments “to tax these excess profits and use the funds to support the most vulnerable people in these difficult times.”

And he called on citizens around the world to “send a clear message to the fossil fuel industry and its financiers: that this avarice grotesque it is punishing the poorest and most vulnerable people, while destroying our only common home.”

Regarding the possible rejection by some sectors of his proposal for new taxes on energy companies, the United Nations leader stated that “nothing is going to be more popular than taxing the excessive profits of these companies and distributing the money among the most vulnerable families.”

Guterres is not the first to criticize oil companies, whom many around the world accuse these days of taking advantage of the global shortage of fossil fuels to enrich themselves at the expense of consumers.

US President Joe Biden in June took aim at Exxon and some of its competitors, saying they were making “more money than God” at a time when gasoline was skyrocketing to prices never seen in history.

The power of lobbyists

The UK approved in July a 25% windfall tax on oil and gas producers in the North Sea.

Other countries such as Italy have applied similar measures, while in France the legislators refused to do so.

In the US, a group of Democratic legislators has proposed taxing the country’s main oil companies and redistributing the proceeds to citizens, a proposal that, according to analysts, is unlikely to go ahead in Congress.

In his speech, the UN Secretary General highlighted the difficulty of carrying out this type of measure due to “a lobbying problem” and assured that “sometimes lobbyists are very powerful And they have a lot of influence.”

He also warned that high energy prices will have serious consequences due to the high pressure that governments and households around the world have been subjected to.

“No country will be spared”

“Many developing countries drowning in debt, without access to finance and struggling to recover from the covid-19 pandemic, could reach the limit,” he said.

“We are already seeing the warning signs of a wave of economic, social and political upheaval from which no country will be spared.”

Guterres took part in the presentation of a report by United Nations experts on the global impact of the war in Ukraine, focused specifically on the field of energy.

The report assesses that there is a “great energy crisis” with high and volatile fuel prices that affect all countries, especially those that are developing.

The UN reaffirmed in the document the need to bet more decisively on renewable energies, in addition to drawing up more efficient energy saving plans.