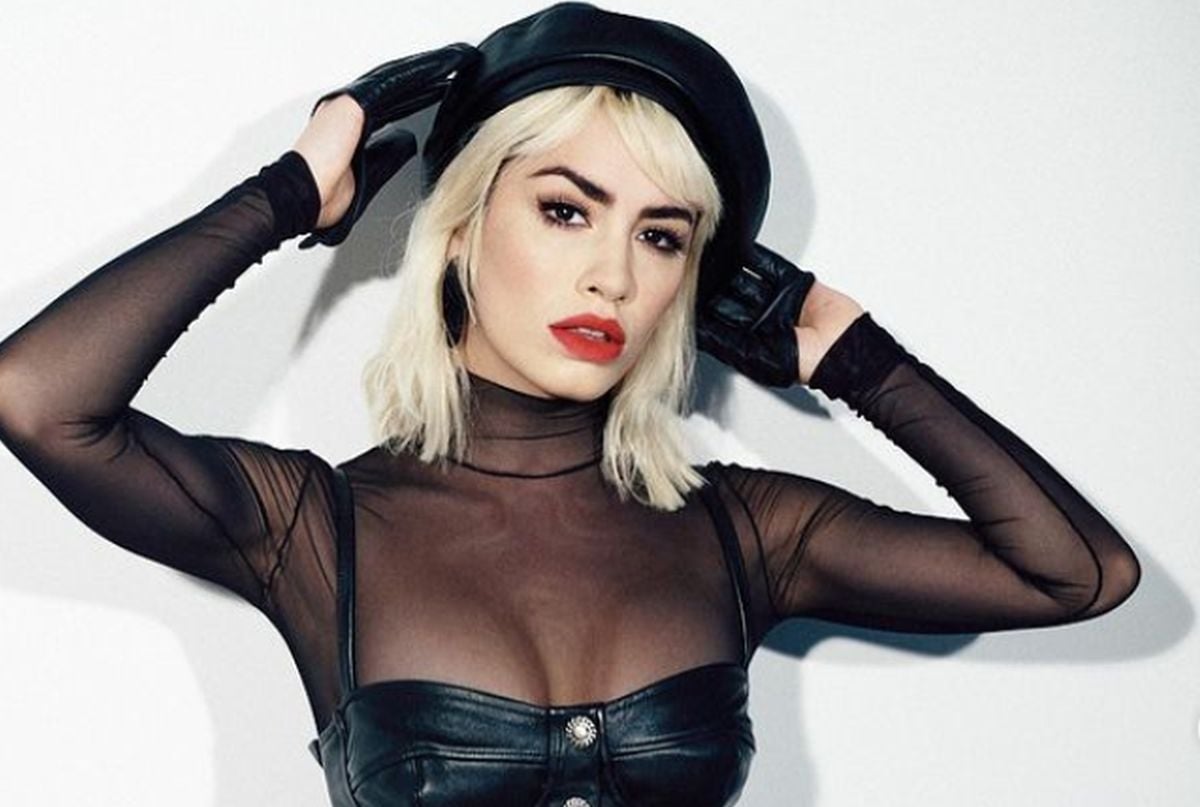 “I am a very sexual person, I have a good time!”, is one of the spicy phrases of the famous Argentine actress and pop singer, Lali Esposito, that although it is separated, it is not alone. And that, she herself has confessed, but what has she answered to the big question: Does she have a boyfriend? Don’t miss this note.

Lali Espósito, during the promotion of her latest series: Sky Rojo, produced by the creators of La casa de papel, Álex Pina and Esther Martínez Lobato, has walked through television channels and given interviews to different media, where she has made her great revelations about what he thinks of free love and what his sex life is like.

About the series it is known that she will be one of the protagonists along with the Spanish Verónica Sánchez and the Cuban Yany Prado. The story is based on three prostitutes who run away from the brothel where they worked to seek freedom, but surely they want to know more about what Lali told the media about her way of seeing love, her fantasies and if she has a boyfriend. She keeps reading.

WHAT WERE THE SPICY CONFESSIONS OF ACTRESS LALI ESPÓSITO?

The Argentine star Lali Espósito has told many details of her intimate life. The actress and singer, she has revealed and released phrases to the Spanish media, which have had repercussions in her own country, Argentina. But, what has the actress of “Sky Rojo” said?

Lali has made it clear that, after separating from music producer Santiago Mocorrea, with whom she shared almost four years of relationship, she is enjoying being single. “I have really good sex, and often, almost every day. I am a very sexual person, I have a good time. It is a world that I explore. There is so much taboo, so many strange things there”responded to the question from David Broncano, from La Resistencia, about how many sexual relations he had in the last month.

The artist has spoken in several Spanish media about open relationships and considers it different for a couple to be loyal to faithful. “One thing is to be loyal and another thing is to be faithful, which are very different things. I think what the open couple is trying to do, at least in my humble experience, is to be loyal to a person I want to be with.with whom I want to share, but not lie to him in the face of other things that happen to me in my individuality and that have nothing to do with him,” he said. the composer to Pablo Motos in The Anthill.

In Glamor magazine, on this subject, she explained that “Socially, we have learned other things, other ways of loving, and I believe that free love is very healthy. I am in an absolute process of that, of that search for a feeling of freedom. One is one and the other is the other. If we want to share it is incredible, but I could never take possession of you, or your life. That seems to me something very healthy and very beautiful”, he claimed.

And Sadomasochism? The Buenos Aires actress considers that today sadomasochism is a more widespread sexual practice than one might believe: “I think everyone has their fantasies. I think we all hide things even from ourselves and this is a fantasy of what we would like to be and we don’t dare to say or do.” said on February 9, 2022 in El Hormiguero.

DOES LALI ESPOSITO HAVE A BOYFRIEND?

When asked in Infobae’s Teleshow, if she has any kind of relationship with the director of Sky Rojo David Victori, after the paparazzi caught them together, Lali Esposito denied any relationship and said: “What a mania in society to see two normal people, having a good time, and then marry them off and make them have four children!”.

“’The new boyfriend’. But I’m dying! Once I’m single and they already fit me with another boyfriend? (…) We are friends, we are partners. And he is the most. Of course we love each other very much and I’m not going to hide any… that would be stupid. We live our current moment, with much love. But we are people who are free.” And launched the expected response: “So I don’t have a boyfriend, nor will I for the moment”.

WHO IS LALI ESPOSITO?

Mariana Espósito, better known as Lali, was born on October 10, 1991 in Buenos Aires, Argentina. She is a famous actress and pop singer. Her mother, Maria, is her manager and works with her. Her father, Carlos, is a soccer coach. Her siblings are Patricio and Ana.

The Argentine began her career as an actress when she was only 12 years old in youth soap operas such as “Rincón de luz”, “Floricienta” or “Casi Ángeles”. In this last novel she began singing as part of the spin-off pop band, Teen Angels, releasing six albums and touring Latin America, Spain and Israel. She has also participated in the films “Permitidos” and “Accusadas”, the series “Esperanza mía” and “Sandro de América” ​​or the programs Talento Fox and La Voz. She has four solo albums, but she also designs clothes and has her own line of perfumes.