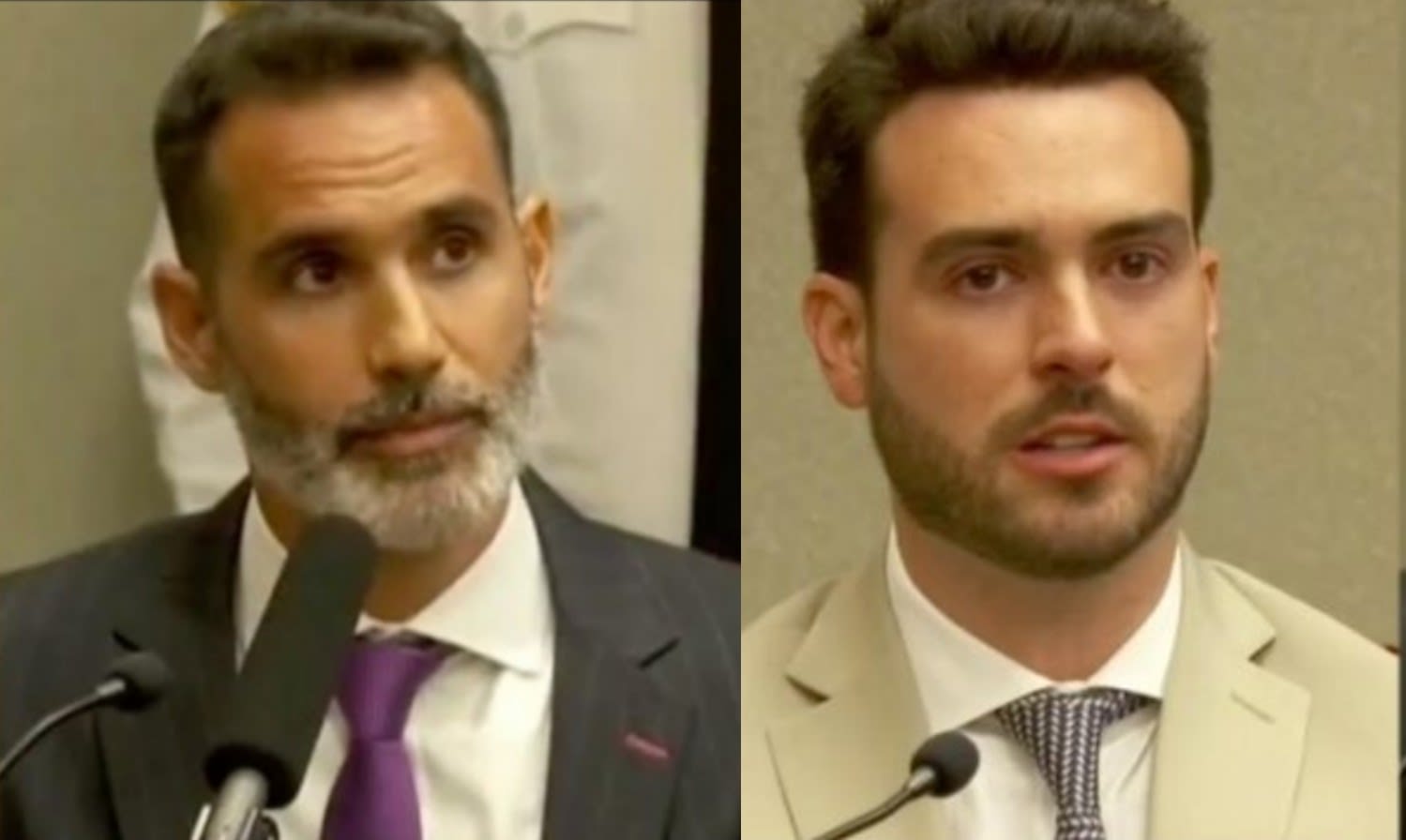 Pablo Lyle brother-in-law problems. After two years of the incident in which the actor Pablo Lyle was involved and that would just change his life, apparently the problems still continue, since it has come to light that his brother-in-law Lucas Delfino is sick of Lyle that even he has run him out of his house.

Through the Tv Notes portal he shared an interview with a close friend of the actor Pablo Lyle, where he tells of the different conflicts that Pablo and Lucas live after being under house arrest, and where the brother-in-law was involved in legal problems due to that he was driving the vehicle when the incident occurred.

Currently, Mexican actor Pablo Lyle is under house arrest in Florida, while he awaits the trial, which was scheduled for August 2 and has been postponed again, in which he is accused of involuntary manslaughter for the death of a man in his sixties.

The incident occurred on March 31, 2019. Lyle was originally released on $ 5,000 bail. However, after the death of Juan Ricardo Hernández, he was accused of involuntary homicide and since then the actor has been waiting for a legal process that has been repeatedly truncated due to the pandemic.

According to the words of the actor’s friend, he mentions that the family has been supporting him at all times, while he is under house arrest, but that his brother-in-law Lucas Delfino has been quite upset for being involved in the incident, where he was also guilty .

“His wife, Ana Araujo, has been doing everything, promoting beauty products, clothing and major medical insurance. Also, his brother Jorge, who sold a gymnasium to help him financially, and his sister Silvia and her husband Lucas Delfino, who loaned him the apartment where he was arrested; however, right now he has a serious problem with his brother-in-law, ”said the source.

Everything seems to indicate that Lucas’s annoyance with Pablo was due to the actor practically involving him in the legal problem that he had to go through after the incident. Plus Lyle hasn’t gotten a job. This attitude of the actor caused the anger of his brother-in-law by mentioning him to assume his responsibility or leave the house, according to Grupo Fórmula.

A few weeks ago, the trial of Mexican actor Pablo Lyle, which is taking place in the state of Miami, Florida, was postponed again. Not only the trial, but also a hearing that was scheduled to take place on July 22 was postponed.

Previously judicial sources indicated that the trial that Pablo Lyle faces in the United States for the death of a man with whom he had an argument related to trafficking was postponed again. It was scheduled for this month of August, but now it will run for a date not yet determined by the courts.

Pablo Lyle brother-in-law problems: How did the incident happen?

That last day of March 2019, Pablo Lyle was heading to the Miami airport. He was accompanied by his son and his brother-in-law, Lucas Delfino, who was driving the vehicle. On the road they ran into Juan Ricardo Hernández, a 63-year-old Cuban, who complained about an improper maneuver by Delfino.

With the idea of ​​recriminating their wrongdoing, the Cuban got out of the car, but the fight escalated quickly and Lyle hit Hernández, who immediately vanished on the road. The man died after spending four days in an inpatient hospital.

Pablo Lyle brother-in-law problems: The case against the actor

The discussion between Lyle and Hernández was recorded in the images that the authorities collected from the security cameras of a gas station near the scene of the incident, which have been used as part of the investigation and the trial against him.

For its part, the Miami-Dade County forensic report indicated that the 60-year-old died due to “complications from blunt trauma to the head” and stressed that the “homicide” could have been a probable cause of death. This incident changed the actor’s life.

The defense of the Mexican

The actor’s defense team has tried to use the ‘card’ of self-defense. In fact, they unsuccessfully appealed a lower court ruling by Judge Alan Fine, who refused to allow a Florida self-defense law known as “Stand Your Ground.”

This measure would have saved him from going to trial, but given the ruling against Lyle, he continues to await his judicial process, EFE reported. At the time of publication of this note, the courts had not yet determined a new date for the trial of the Mexican actor. Filed Under: Pablo Lyle brother-in-law problems.

His career in the artistic medium

Pablo Daniel Lyle López, known as Pablo Lyle, is a Mexican actor born in the city of Mazatlán, Sinaloa, Mexico, on November 18, 1986. He has two brothers, Jorge and Silvia Lyle; Since 2014 he has been married to Ana Araujo, with whom he has a son in common: Mauro, born in 2014.

From a very young age, Pablo became interested in working in the artistic environment, venturing into his beginnings as a model. In an attempt to increase her opportunities, at 17 she decided to move to Mexico City to participate in castings that would allow her to take her career to the next level. Upon arriving in Mexico, he enrolled at the Televisa Center for Artistic Education (CEA), and three years later he received his first opportunity as an actor. Filed Under: Pablo Lyle brother-in-law problems.

In 2006 he received the opportunity to participate in the telenovela Code Postal. At the end of his studies, in 2006, Lyle played the character of Baldomero Perea in the youth soap opera “Verano de amor”, in which he shared credits with actresses such as Dulce María and singer Alan Estrada.

His first big break as a star character in a telenovela came in 2011, when he was part of the cast of “Una familia con luck”, headed by Arath de la Torre and Mayrin Villanueva. There, he gave life to the character of José “Pepe” Torres, son of the protagonist. Filed Under: Pablo Lyle brother-in-law problems.

Between 2012 and 2013, Lyle participated in programs such as “La rosa de Guadalupe”, “Netas divinas” and “Como dice el saying”; However, he managed to rise in his career when he was selected as the protagonist of the telenovela “La sombra del past”, in 2014. This protagonist was followed by the characters of Alonso in “Corazón que miente”, and Rodrigo in “Mi adorable curse”.

As a theater actor, he has performed in three plays: Cuatro XXXX, in 2013; 2015; Let’s get divorced, my love, in 2015; and Mi amigo la gorda, in 2016. His first performance on the big screen took place in 2019, when he starred in the comedy “Mirreyes Vs. Godínez”, alongside Regina Blandón; in it, he stood out for playing Santi, heir to a shoe company. Filed Under: Pablo Lyle brother-in-law problems.