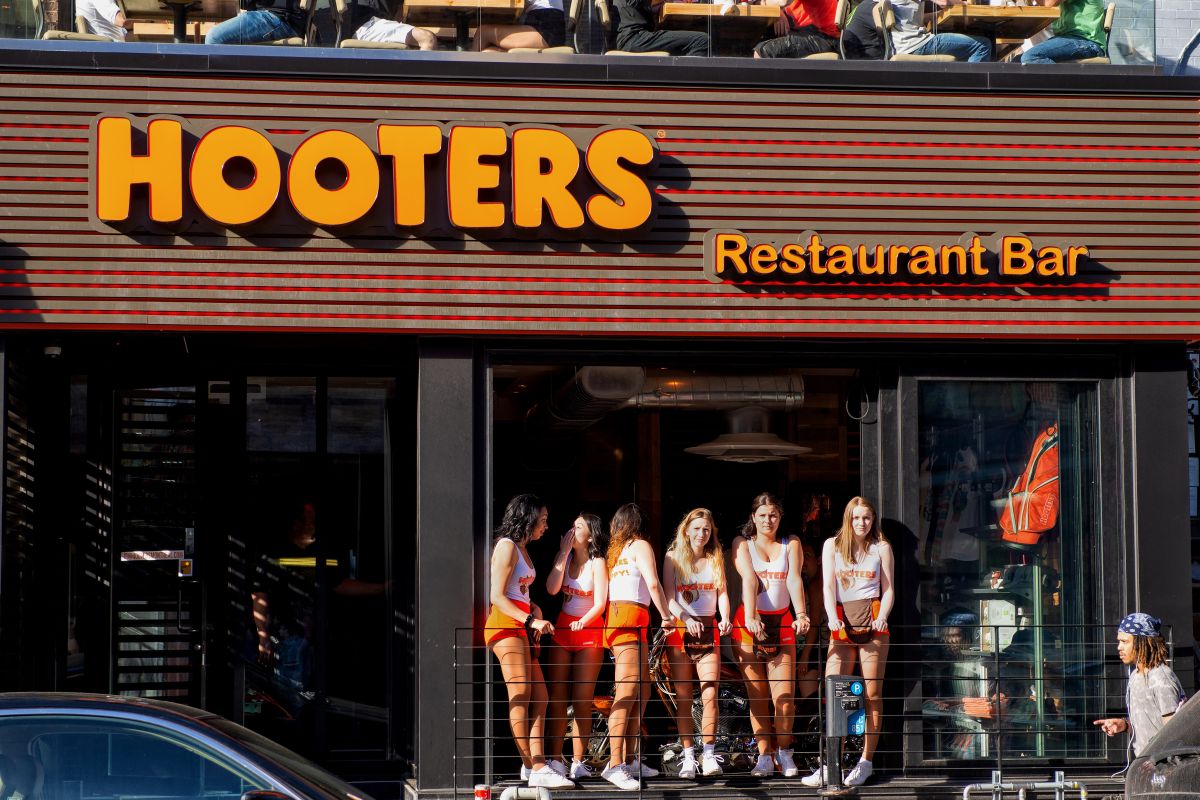 One of the best known and most popular restaurant chains in the United States and in some other countries is Hooters, which is famous for its wings and above all, by the “Hooters Girls”, reason for which has been repeatedly singled out for promoting the sexualization of the female gender.

And is that all girls who work at Hooters are forced to wear tight, short spandex uniforms; In addition to having to meet certain requirements regarding hairstyle and makeup.

Now, several employees of different Hooters in the United States have raised their voices on social networks regarding the new uniform which was recently handed over to the majority, since they consider that it has exceeded the limits because of how tiny the shorts are now.

Most of the female employees consist in which the shorts look more like a garment of underwear, so several have shared videos to complain about the garment.

“I love my job, but I don’t love wearing underwear to work,” was what one Hooters employee expressed.

Although many employees have expressed their disapproval of the new uniform, many others have shown their enthusiasm for wearing it, as they claim that it has helped them earn more money.

After the claims on social networks generated controversy, Through a statement, Hooters reported that its employees are not required to wear the new garments.

“Hooters of America, the franchisor and operator of Hooters restaurants, welcomes feedback, both positive and negative, regarding a more accommodating and inclusive image policy on tattoos, jewelry, nails, hairstyles, as well as new uniform options, which they include new top styles, shorts, and the addition of team socks, ”is what the document reads.

“The Hooters Girls will be able to determine which style of shorts best suits their body style and personal image.” sentenced.