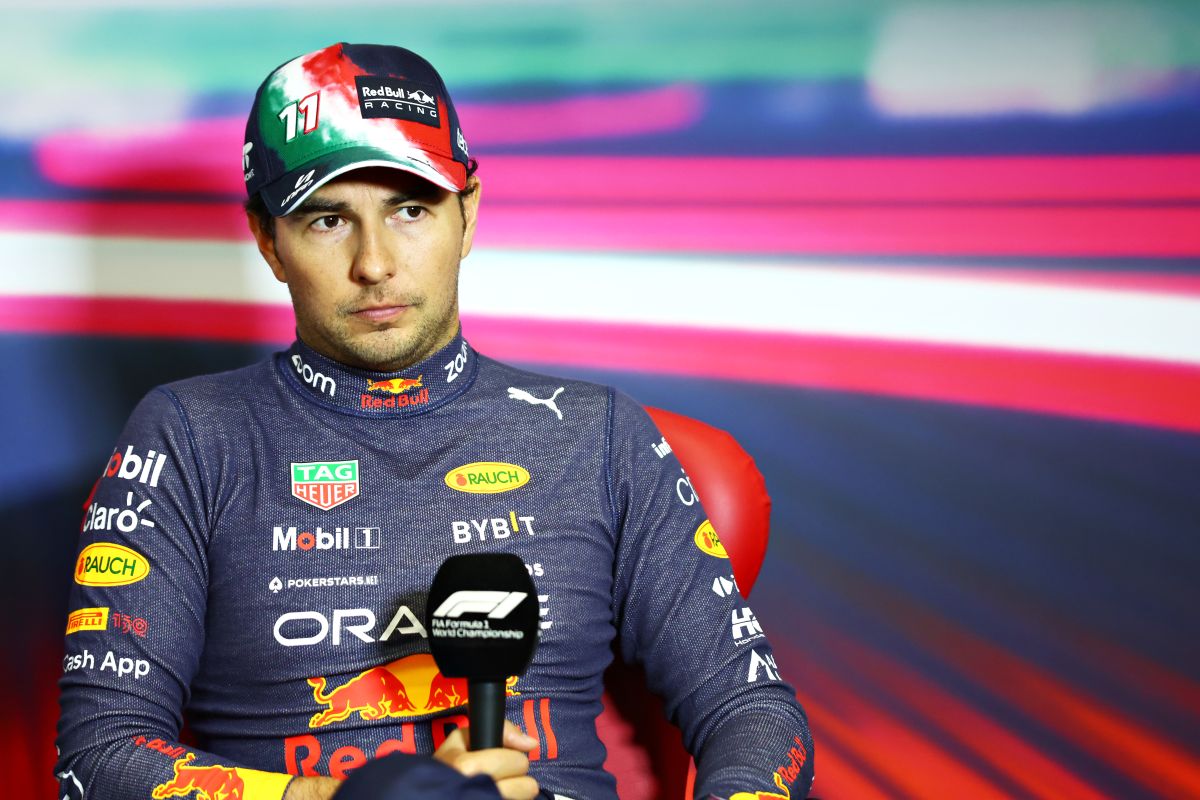 Behind Lewis Hamilton in second place and Max Verstappen, Mexican Red Bull driver Sergio ‘Checo’ Perez finished his participation in the Mexican Grand Prix in third place, something that was positive but far from what the Aztec’s fans wanted to see in his return to Mexico.

On the other hand, ‘Checo‘ himself admitted this Sunday that his third place in the Formula One Mexican Grand Prix was the best he could do after the problems he had in practice and qualifying.

“I had a bad pit stop that put me behind the Ferrari, and I lost 10 seconds because of this and traffic. I couldn’t get to Hamilton, but with all the problems we had over the weekend, it was the best I could do,” lamented the Mexican, who started from fourth place.

Perez, who finished behind Britain’s Lewis Hamilton of Mercedes, and his Red Bull teammate, two-time world champion Max Verstappen, explained that it is difficult to overtake at the Autodromo Hermanos Rodriguez.

“It was difficult. I had to push very hard. We had a bad stop, and overtaking is difficult here. I had to defend third place no matter what,” he said. The 32-year-old from Guadalajara regretted not giving his fans the first victory of a local driver.

“I wanted much more. We had a good start, but we couldn’t stay there. The Mercedes suffered a lot going with the hard tires,” he added.

The Mexican, whose third place in Mexico moved him up to second in the drivers’ championship, said he will now concentrate on the last two races of the year, Sao Paulo and Abu Dhabi.

“The important thing is that in the championship, we are second and now think about Brazil. It’s been a tough two weeks, and now we have to recover,” he said.