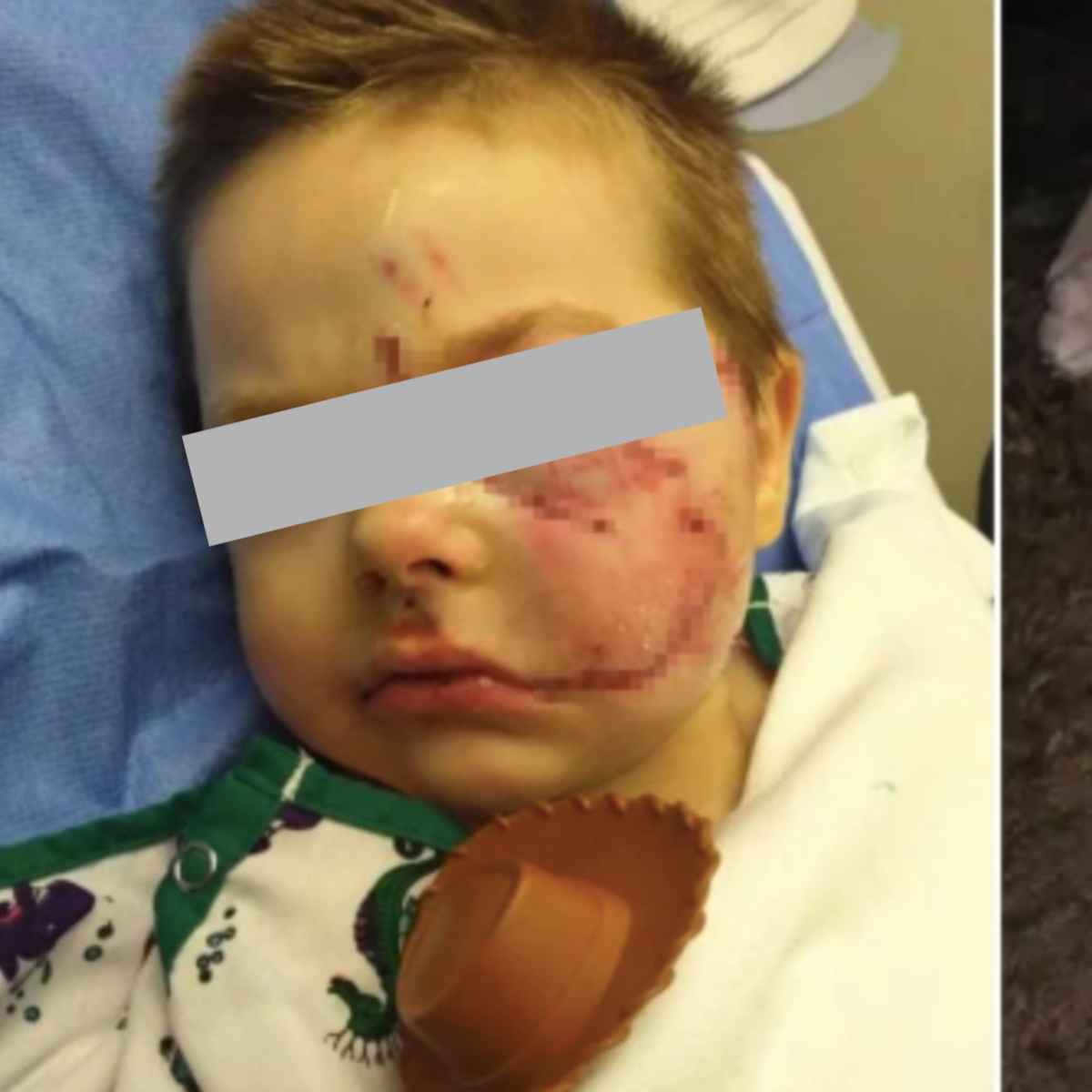 A heartbroken family had to put down their “sweet” pet after the dog tore a five years old child’s cheek in the city of Wentzville, Missouri, in USA.

Brantley Manion had grown up with Marley since the dog came as a puppy when he was only two years old. But their relationship ended in tragedy when the dog attacked him, leaving the boy with torn ligaments and unable to smile.

Despite the attack, he still wanted to forgive his pet and told his parents that “it didn’t mean to.” Brantley had settled into his room to watch a movie with his pet, Mountain Cur.

His mother, Amanda, 35, believes the attack may have happened because the dog was eating a steak and when Brantley went to pet her, it may have thought he was trying to take the food.

Amanda was sitting in the living room with her husband Christopher, 34, when they heard screams coming from the bedroom. They ran up the stairs and found the dog holding Brantley and brutally attacking him.

Could be interesting: Woman with terminal cancer seeks owner for her dog in the United States

The couple have had Marley since she was just nine weeks old and say she was the “sweetest and most protective” part of the family and had never been aggressive before. Despite a quite past, the gruesome photos show Brantley with deep cuts on the right side of the face and his mother says that teeth could be seen through the torn cheek.

Brantley has already undergone surgery and needs another one to sew up the torn ligaments in his mouth, as he is still unable to smile properly after the boy was attacked by their dog. Amanda said: “I didn’t realize it was Marley, I thought the bunk might have fallen on top of her, I couldn’t believe Marley would have done that.”

She said they had steak for dinner that night and her husband put some in the dog’s bowl. “Marley grabbed her steak and sat between Brantley and my daughter eating. My daughter said that when Brantley went to pet Marley, all of a sudden, it lunged at him.”

The surgeon thinks it might have been the steak and the pet may have thought Brantley was going to take it away. But it’s hard for the family to believe the scenario, saying that the child had taken out and put food in his pet’s dish on previous occasions.

Also read: Man throws his pets from the 14th floor and then kills himself, a dog’s legs were broken

Although Brantley forgave Marley, the the family made the decision, advised by the police, to put it down. Amanda said: “We knew we couldn’t keep her. The children wanted to say goodbye to her but we couldn’t let them near her. I told the children that they had taken her to sleep. They are devastated, especially Brantley. He asks for her all the time.”

The boy’s mother assures that he does not want a new pet, he just wants to see Marley. “He wants her back, but there is nothing I can give him. He doesn’t want another puppy, he wants Marley. He only remembers the good times. He said: ‘Marley is sorry and it was not his intention.’ He is so sad, he just wanted to forgive his dog.”

Amanda and Christopher organized a fundraiser to pay for a three-hour operation to sew up the lacerations, as a week in the hospital has left them with a $16,000 hospital bill.

So far they don’t know if Brantley will be marked for life or how many more operations he will need, since his mouth is paralyzed on one side due to torn ligaments.

Amanda said: “He needs more surgery because he can’t smile. His mouth was completely split down the middle so they had to reconnect the corners of his mouth.”

The little boy’s story has moved because despite the situation and the complications he faces after his dog tore his cheek, he decided to forgive him and even save him.