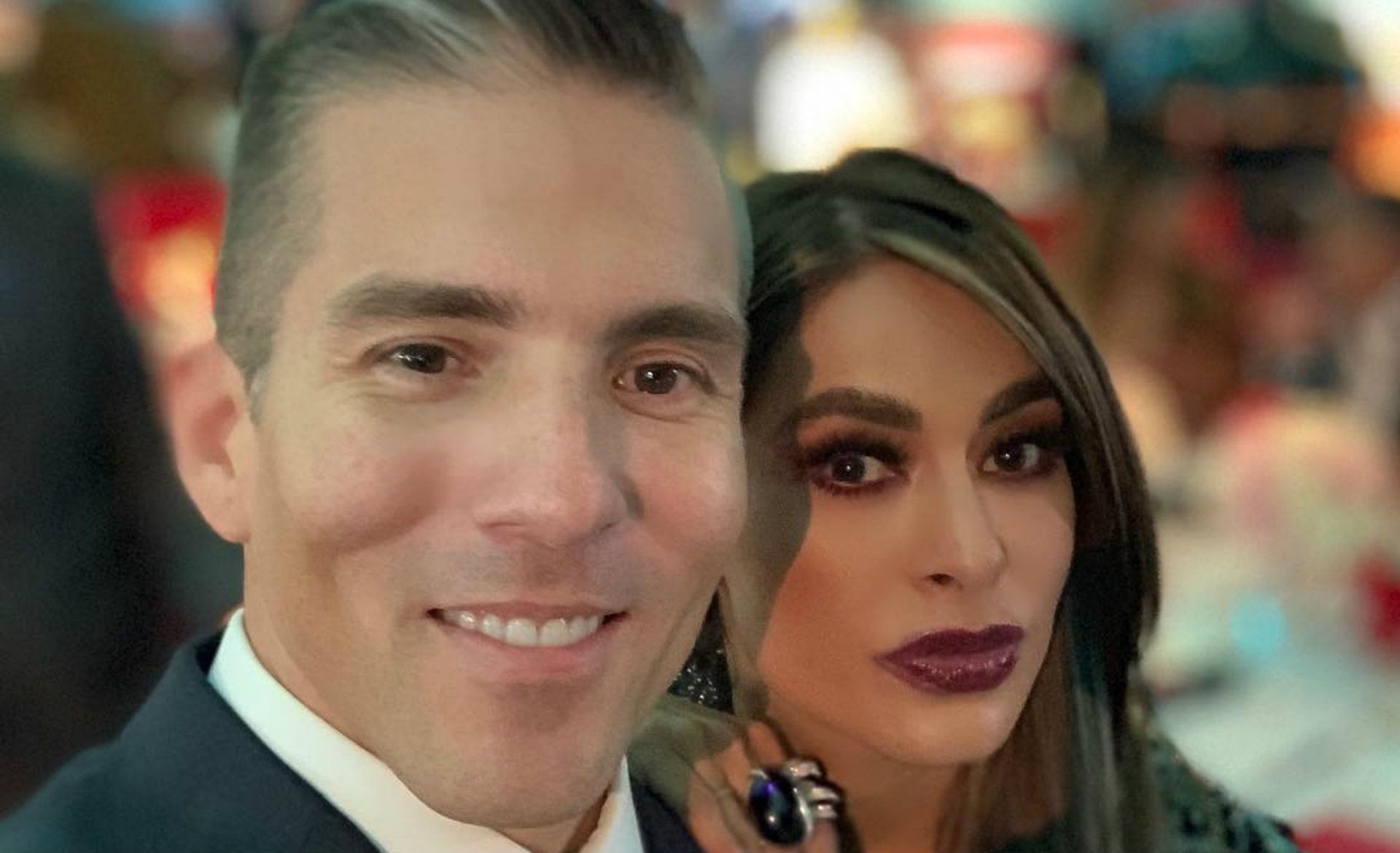 During the last months the life of the driver Galilea Montijo has been involved in controversy, after being accused of having maintained an alleged love affair with the drug trafficker Arturo Beltran Leyva, better known as “The Beard”, As well as linking it with Inés Gómez Mont and her husband Victor Manuel Alvarez Puga, who are wanted in more than 190 countries and face charges for money laundering and tax fraud.

Given this, her husband, the current deputy for the Institutional Revolutionary Party (PRI), Fernando Reina Iglesias, came out in defense of the host of the morning show Televisa after appearing between the pages of the journalist’s most recent book Anabel Hernandez, titled Emma and the other narco ladies.

In an interview for the magazine And so on, Reina Iglesias lashed out at the journalist and classified the allusions towards his wife as “foolishness”Likewise, the deputy took advantage of his intervention to talk about his legislative agenda, as well as commented that he has decided to stay out of the professional life of the driver despite the fact that they have been married for a decade.

“I want to be very frank, every time someone writes about a woman, it hurts all of us, men and women, especially when they are infundios, when no evidence is presented of what is said, because it is very easy to say that someone said they saw, what happened and quote it in a book”Commented Reina Iglesias. “I have always stayed out of my wife’s professional life, in a decade that we have been together. The truth is that her career has been very much hers and mine very mine, so these infundies that harm the public figure they will have to be seen by the company she works for and the truth is a book full of lies”, He asserted.

On her relationship with the host and actress Inés Gómez Mont and her husband, andThe PRI affirmed that they maintained a friendship.

“Friends are never denied, there is an emotional relationship but there is no business relationship, we have nothing to do with that issue. I do not know the subject for sure because I am not a lawyer, first, and later, I am not a public prosecutor and I do not judge people, then I do not want to address, or give an opinion, that issue“Said the husband of the driver of Today.

It should be remembered that on November 29, through his official Instagram account, Galilea Montijo shared a video, in the middle of tears, where she explained that she is tired of the media, entertainment journalists and the general public they are attacking her constantly.

“[…]Always conducting myself with a professional demeanor and above all strict compliance with our laws. This and a lot of work have allowed me to get ahead in a complex environment, with great pride I have brought out my parents and my brothers. Now, in addition, I have a family to take care of and protect and a place in this environment. Too many defamations have hurt me throughout my career and of course it will continue to hurt.. It hurts me that this affects my husband“The actress also began explaining in a video posted on her Instagram.

On the other hand, on November 26, Montijo was approached by a group of journalists and I take the opportunity to mention that this is not the first time that she has been falsely related or matched: “Where have I gotten into relationships? yes with presidents… Y They have been slander, not always the one who is silent grants, many times I have let it pass because it is gossip, I was not married, I did not have a child, today I do have someone to take care of“, He commented to Tell me what you know.

“God makes them and they come together”, that was the friendship of Inés Gómez Mont and Galilea Montijo

“Now stop him”: Galilea Montijo burst into tears when he denied ties with Inés Gómez Mont and drug trafficker