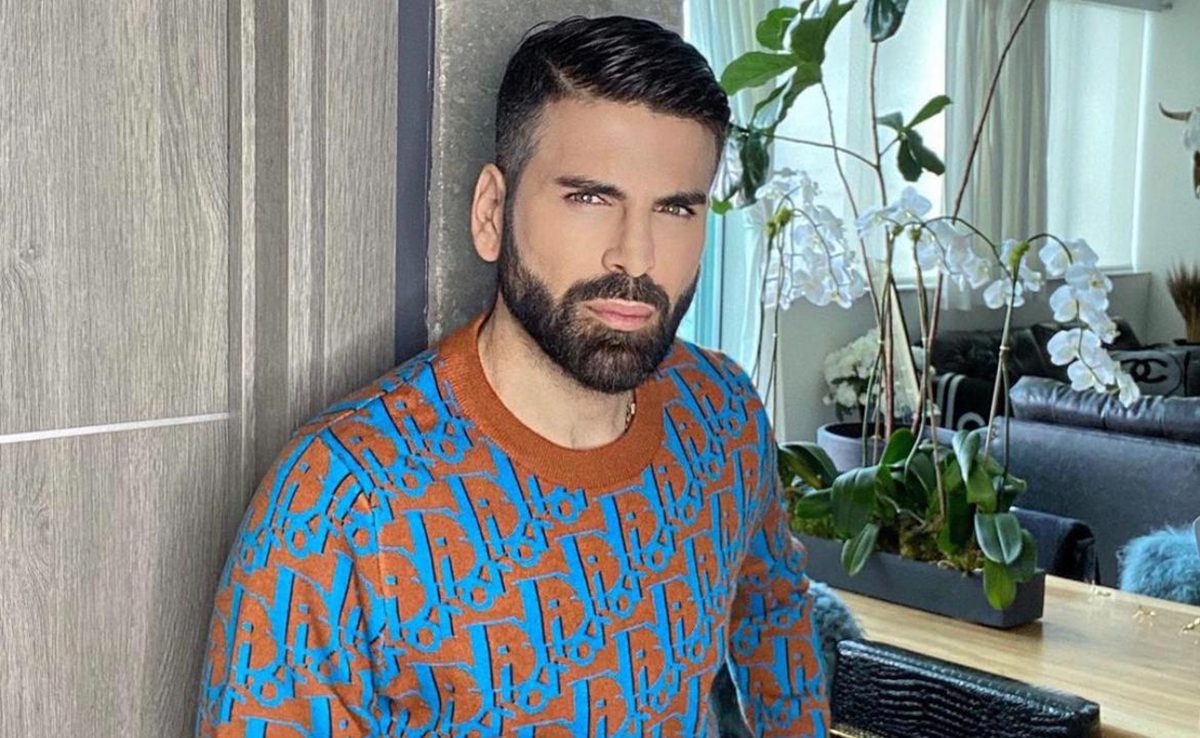 the spanish presenter Jomari Goyso40, announced, through a video posted on Instagram, that decided to move out of the penthouse he lived in in the state of FloridaWell, he no longer enjoyed spending time there.

“It’s time to pack up again and follow my destiny. I’m not afraid of change, just stagnant. It’s time to move, to get uncomfortable and grow. Do not worry, I have already lived in 12 different houses and 7 cities, ”was the text with which Jomari accompanied her video.

In the video, which lasted more than three minutes, the fashion expert explained with great nostalgia what it meant for him to part with the place he considered his home and where he lived great, but also sad moments.

“I have always wanted to have a sanctuary. I need to feel protected in my house, but there are times when my house has become a fortress and that for me is dangerous because fortresses isolate you from the world in which we live, they make you a person who does not listen to his own thoughts, who he does not listen to his own reasoning. This had already become a fortress, in which I felt isolated, protected, from which I did not want to get out so easily, ”Jomari was honest in a fragment of his video.

In the same material, he explained that moving is not strange for him, since he has lived in 12 houses and in seven cities throughout his life, but That doesn’t stop them from being sad and more because they lead you to remember people who, perhaps, are no longer with you.

His emotional video concludes with Jomari taking a brief tour of his property and thanking all those who have made him feel loved and that he is not alone.

How is the fortress from which Jomari Goyso managed to escape?

The fortress, to which Jomari Goyso refers, is the place where he lived in recent years, where he spent much of the confinement due to COVID-19 and where he continued his recovery after undergoing surgery.

The kitchen of Jomari, who has also been a judge on ‘Nuestra Belleza Latina’, is open and somewhat small, but very elegant. It is equipped with white cabinets, stainless steel appliances and an island, which is usually used to prepare food.

Its dining room has a table, which combines elements of wood and metal, with space for eight people, as well as a wine-colored carpet with a very original design. There it also has a canteen, some plants and a mirror with a gold frame.

The room is made up of two armchairs with space for five people, an individual brown sofa, a rug that combines black and white, a glass coffee table and a television placed on a wooden piece of furniture.

On the ground floor there is also the main bedroom, which has a large bed, a dresser, a wall-mounted television and two chocolate-tone bureaus.

The balcony, covered with artificial grass, is one of Jomari’s favorite places due to the spectacular views from there.

This is the house in Puerto Rico of Osvaldo Ríos, the ex who broke Shakira’s heart
They sell former mansion of Ivana, ex-wife of Donald Trump, for $72,900,000 dollars
Get to know the picturesque house of Mon Laferte that she herself decorated in a moment of anxiety
Get to know the inside of the house where Mark Zuckerberg created Facebook and which is for sale today