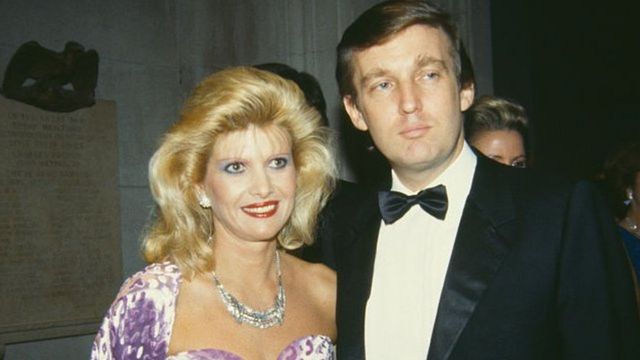 Ivana Trump, the first wife of former US President Donald Trump, died at the age of 73 after accidentally falling down the stairs of her New York home on July 14, authorities said.

“Our mother was an incredible woman: a force in business, a world-class athlete, a radiant beauty, and a loving mother and friend,” the family said in a statement.

“She was a survivor. She fled communism and embraced this country. She raised her children in strength, tenacity, compassion, and determination,” she adds.

The cause of death was revealed a day later, when the local coroner’s office reported that Trump had “blunt force injuries” to the torso caused by an “accident.”

A spokesman for the New York Police Department told AFP that officers responded to a call from his address on Manhattan’s Upper East Side around 12:40 pm (16:40 GMT).

“Upon arrival, officers observed a 73-year-old female who was unconscious and unresponsive. EMS (emergency medical services) responded to the scene and pronounced the victim deceased,” the spokesperson said in an email.

“A great and inspiring life”

Ivana Trump was the first wife of Donald Trump and together they had three children: Donald Jr., Ivanka and Eric.

The former president said in a statement that he is “very saddened” by the news.

“She was a wonderful, beautiful, amazing woman who led a great and inspiring life.. His pride and joy were his three children, Donald Jr., Ivanka and Eric. She was as proud of them as we all were of her. Rest in peace Ivana!” Trump wrote.

The eldest daughter, Ivanka, who was said to be very close to her mother, said in an Instagram post that she is “heartbroken”.

“Mom was brilliant, charming, passionate and wickedly funny. She modeled strength, tenacity and determination in her every action. She lived life to the fullest, never missing an opportunity to laugh and dance,” she wrote.

She was born as Ivana Marie Zelníčková, in former Soviet-era Czechoslovakia.

His father was an electrical engineer and his mother a telephone operator.

He started skiing at the age of 4 and would later join the junior national ski team.

Her skill as a skier led her to represent her country in international competitions.

After attending university in Prague, she married Alfred Winklmayr, an Austrian ski instructor and friend, through whom she gained Austrian citizenship. She was thus able to leave her country without being persecuted as a deserter.

In 1975 he moved to Canada, where he began a career as a model. She appeared on catwalks in New York, where she met Donald Trump in 1976 and the following year they were married.

They formed one of the most notable couples in the Big Apple in the 1980s.

Both undertook the most important real estate projects of the Trump Organization, such as the Trump Tower, the Plaza Hotel or the Taj Mahal casino in Atlantic City.

Former New York City Mayor Rudolph Giuliani wrote on Twitter that Ivana Trump was “a truly talented, creative and beautiful person” who had “contributed greatly” to her city.

She, who was the company’s vice president of interior design, is said to have been detail-obsessed and a workaholic.

The couple’s separation in 1992 was the subject of intense public scrutiny.

After the divorce, Ivana Trump launched her own lines of beauty products, clothing, and jewelry.

He described the upbringing of the three children in his memoir titled raising trump. She explained that her relationship with Trump had improved since her split and that she spoke to him once a week.

After the couple’s divorce, Ivana married on two other occasions and kept a distance from her ex-husband’s political life.

In fact, when Trump’s re-election campaign came to an unceremonious end in 2020, she was quick to say she was glad.

“I just want all of this to end, one way or another,” he told the magazine. Peopleadding that he wanted his children to “live a normal life.”

He also said he didn’t think Trump was a “good loser.”