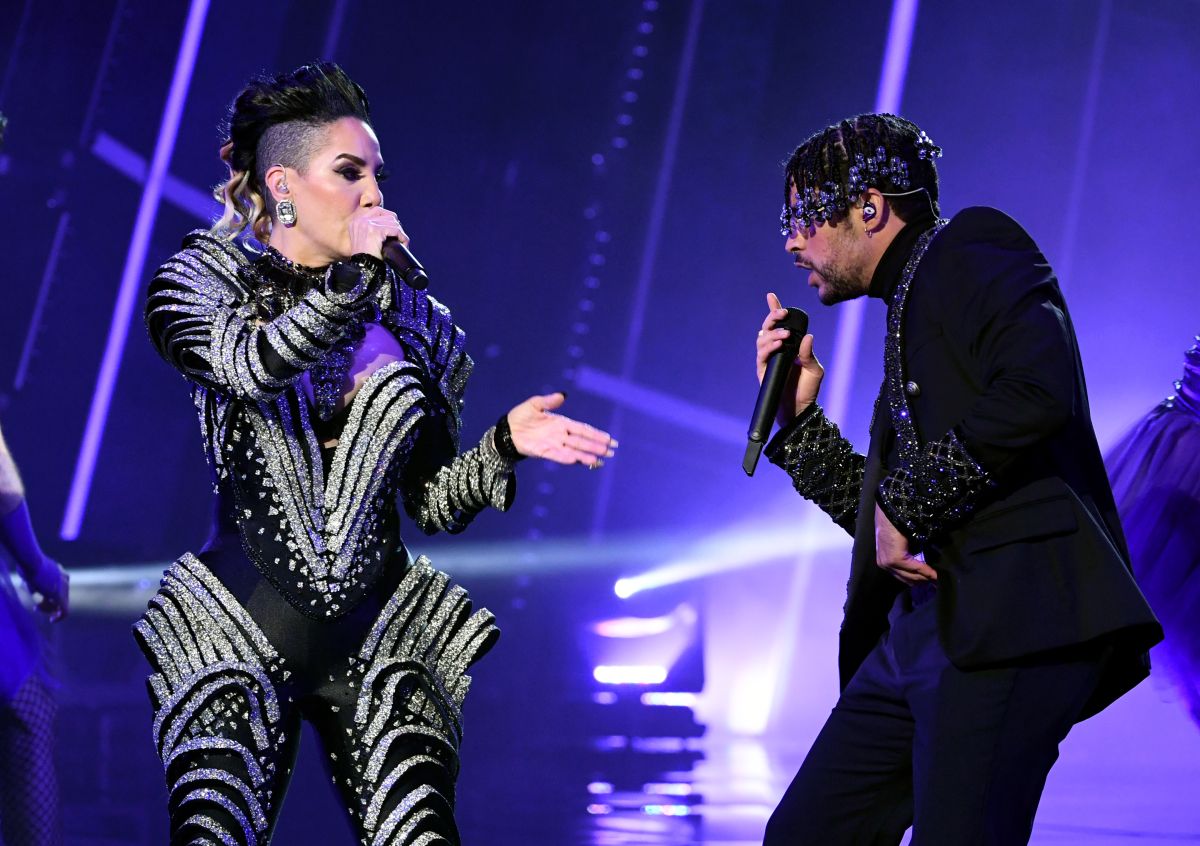 Ivy Queen was invited to Bad Bunny’s concert at SoFi Stadium in Los Angeles this weekend. The Puerto Rican singer, a pioneer of the urban genre, took the stage representing her homeland with the outfit she decided to wear.

The ‘La Vida Es Así’ singer wore a bright bodysuit in blue, white, and red colors, alluding to the Puerto Rican flag, including her star. With this tight and bright look, Ivy Queen took the stage of SoFi Stadium to give her show in the middle of Bad Bunny’s concert, belonging to his tour ‘Un Verano sin ti.’ She performed her greatest hits and even ’12 discípulos’, a song that many consider one of the most iconic of Puerto Rican reggaeton due to the great participation of artists that have it in their repertoire.

In a short video that the boricua posted on her Instagram account, you can see part of what the concert was like with her participation. In another photo gallery, you can see her complete outfit, accompanied by a pair of rabbit ears.

In the comments left to Ivy Queen before these publications, her followers pointed out that Bad Bunny became the number one fan of ‘the diva of reggaeton’: “Bad Bunny crowned as #1 fan of the queen I said, case closed”, “My God that Bad Bunny is a fan like us of our queen. God bless #1, always show him respect, we love you enjoy the love of #1” and “Wow how cute Bad Bunny, he knows how to give to Caesar what is Caesar’s,” was part of what was said to him.