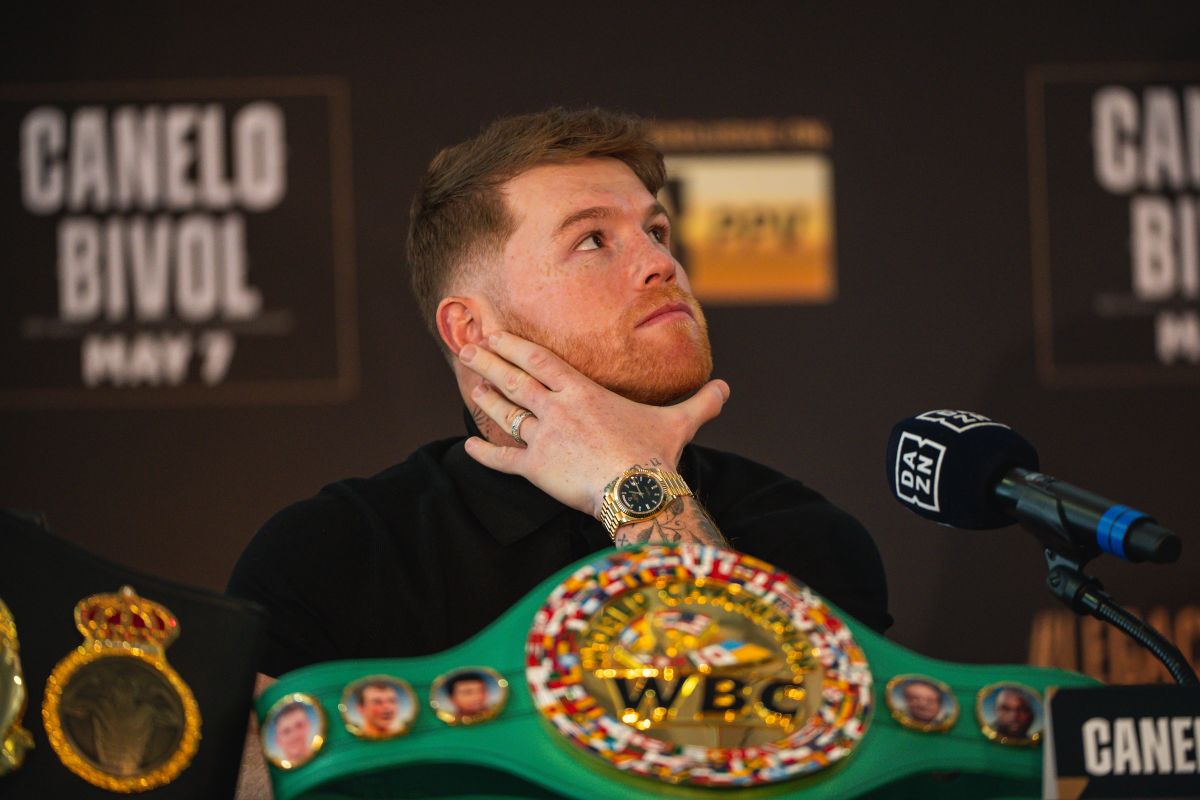 The lawsuit that sustains René Pérez Joglar (Resident) with J Balvin reached exponential levels. Not even the Mexican boxer Saúl “Canelo” Álvarez, friend of the twowas able to prevent the Puerto Rican rapper from releasing an eight-minute song this week in which, with his lyrics, he destroys the Colombian reggaeton player.

“J Balvin was worried about what is happening, and it occurred to him to call Saul and tell him that he needed his help. He asked him to call René and answer the phone, “said De Molina, referring to the Puerto Rican leaving the Colombian alone.

In fact, Residente had already reported in a video that J Balvin tried to stop this recording through third party calls. That’s when Canelo Álvarez enters the scene, who has a good relationship with both: “So it was the boxing champion who called him, and for this everything was fixed in the beginning”.

However, José Osorio, father of the Colombian, set fire to the little hair between the two urban artists. “But then J Balvin’s father began to put those things on his social networks,” said De Molina during the program.

Why are Residente and J Balvin fighting?

The conflict between urban artists originated because J Balvin asked that the past Grammys will be boycotted. And it is that, from his point of view, reggaetoneros like him were not valued. This annoyed Residente, since in that ceremony Tribute would be paid to Rubén Blades, Panamanian salsa singer; so ranted the music of the Colombiancomparing it to a hot dog.

Later, in a bursting interview with Mollusco TVthe Puerto Rican revealed that when he released the first video against J Balvin, he received hundreds of calls and messages; including that of Canelo Álvarez, to act as an intermediary of the situation. At that moment, the man from Guadalajara was preparing to face Caleb Plant.

“I didn’t want to pick up the phone. Canelo Álvarez even called me. I am a fan of boxing, I was going to train with him the next day. She tells me: ‘Talk to him, he’s sad about this; you know I’m a friend of his’. In my mind I was: “This bastard (J Balvin) shows that he is not a fan of boxing”. I was more pissed off that this guy calls Canelo for this stupidity, to distract him in the middle of the fight with Plant”Rene said.

There he mentioned that Álvarez had convinced him to make a truce with J Balvin, but everything went wrong: “Canelo told me to call him. I called him and he began to tell me everything in a good way; but ended up doing a lousy deal. That’s why she is where she is, without talent. He told me: ‘I exchange you with deleting the tweet’, which has no likes, ‘with deleting your video’which has millions of views in an hour and a board of artists letting off steam. And I: ‘Good business’, it seems fair to me”, he said between laughs.

Residente explained that, after having deleted that first video, J Balvin took advantage of the situation: published on his social networks a photo in which appears posing with a hot dog cart, to profit economically and go viral. As a reply, the Puerto Rican released the song with Bizarrap.

You can also read: Resident mocked J Balvin in his tiradera comparing him to Logan Paul [Video]