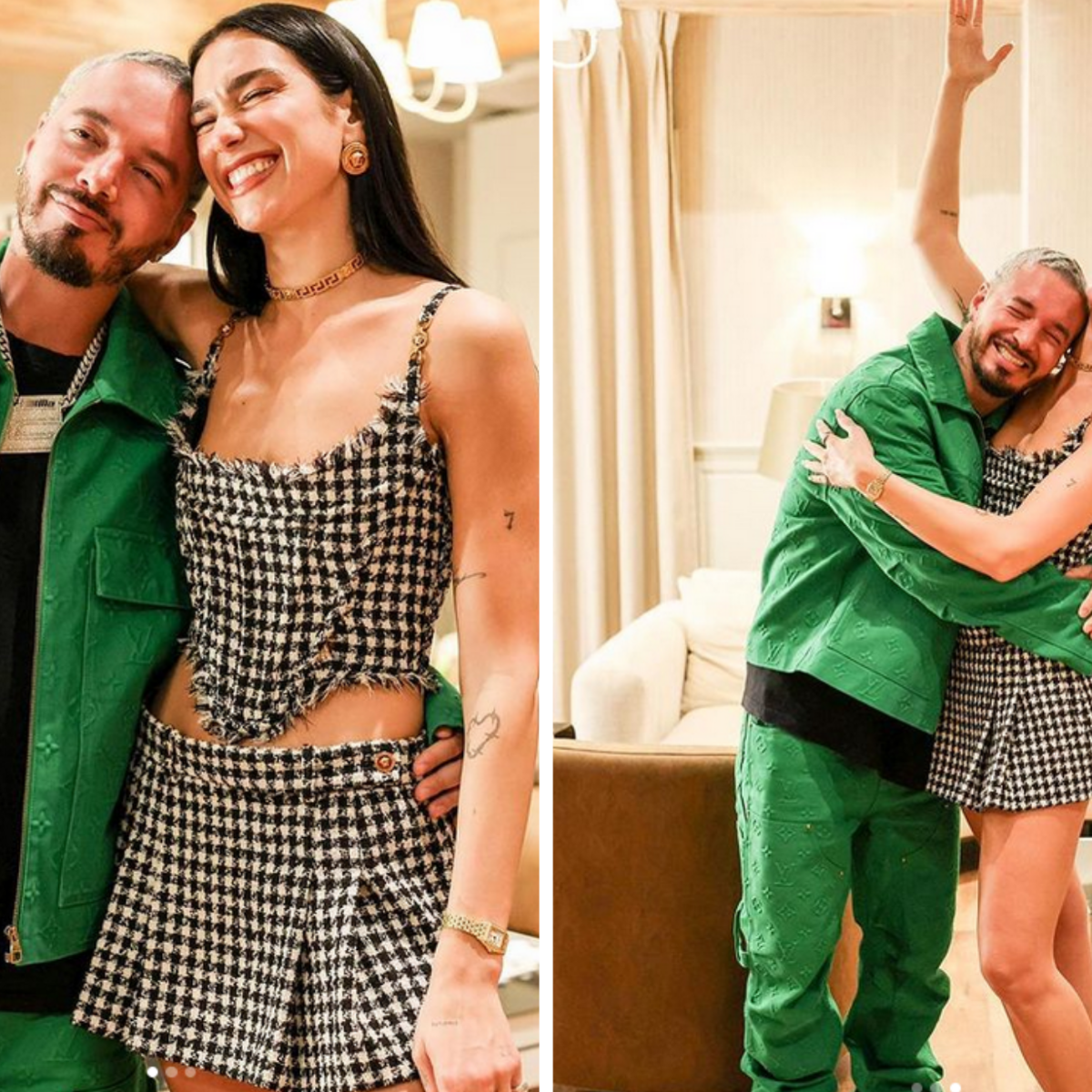 J Balvin was one of the amazing guests at the musical festival called “Sunny Hill” that took place in Kosovo that was organized by Dua Lipa and his father named Dukagjin Lipa. In this event, the reggaeton player was able to perform his most famous songs in that country and also shared the stage with other talents.

To the surprise of the fans, J Balvin could also approach Dua Lipa and shared on his official Instagram account how the meeting with the famous singer was. Apparently both singers had an incredible time, because they looked very happy.

Also, you can see that there were other photographers capturing the moment. The result of their meeting did nothing but charm the fans as the likes have skyrocketed to an impressive amount.

crazy fans of J Balvin Y Dua Lipa they are really happy to see their two idols together. In the publication where the two singers appear embracing, it has reached almost a million likes, it has a total of 869,277 likes in a total of eight hours, which is the time in which these photographs were shared.

Likewise, J Balvin He took the opportunity to thank that there are admirers of Latinos in countries like Kosovo. This is what she commented on the video that she also posted on her Instagram.

“My vision in Kosovo has always been to reach places in every corner of the world where our presence as Latinos in music was not. Everyone walks differently. latin gang” wrote the reggaeton player.

It may interest you: Did J Balvin go on vacation with Belinda and Jared Leto? This is what is known

In addition to the controversial discussion that the famous J Balvin had with Calle 13 Resident and then with Christian Nodal as we tell you in AmericanPost.NewsIt seems that the most recent was the supposed rejection that the reggaeton player had towards Shakira.

This happened after the reggaeton player mentioned other representatives of Colombia and discarded Shakira.