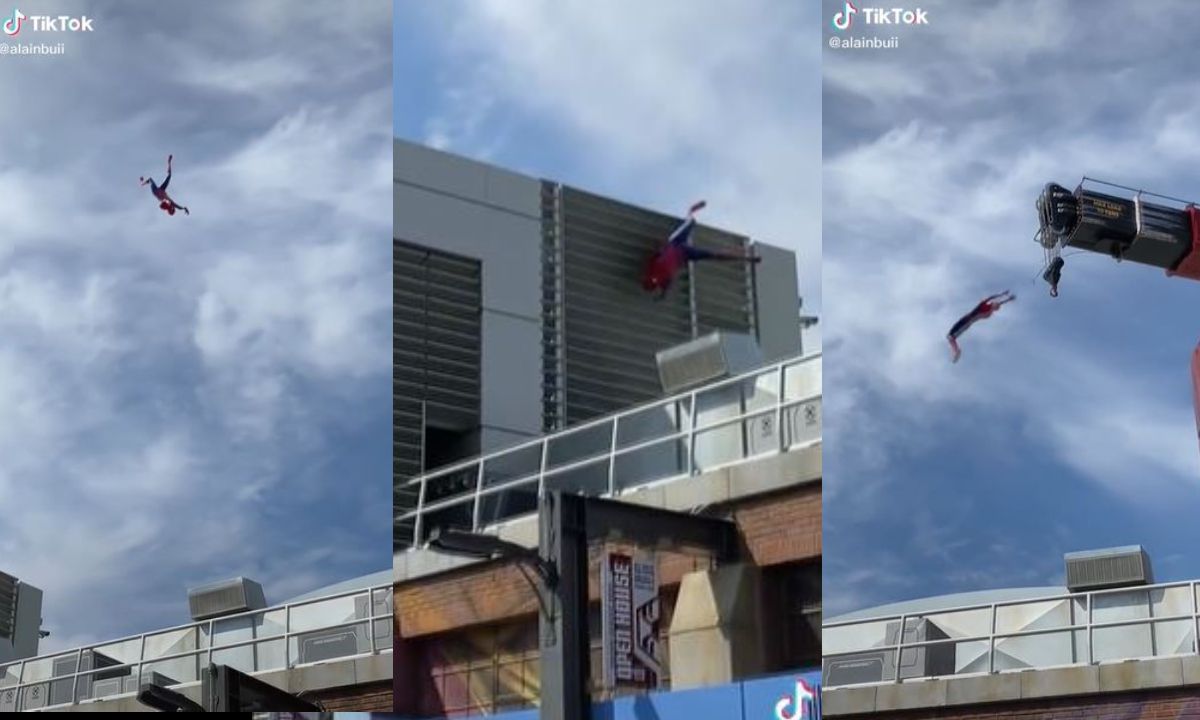 In Disneyland of the U.S, a hilarious event took place that had as its protagonist a spider-man animatronic who, during a show, crashed in such a way that the images were captured on video and shared on tiktok, social network where it did not take long to become trend.

The film takes place in California Disneyland Resort, where the latest incorporation was the Avengers Campus, in which we can see various characters that star in the Marvel Cinematic Universe (UCM), in which we can appreciate shows of Black Widow, Doctor Strange, but also to a spider-man who is capable of flying through the air.

However, during one of the arachnid flips, something happened that the show ended badly, but, at the same time, it generated so much laughter in the social networks.

The footage was posted from the user’s account @lainbuii in which you can see the superhero that personifies peter parker fly, but whose journey ends abruptly when he crashes into a wall, only to fall hard, which produced more than one laugh.

Now, we must say that what you just saw is not entirely real, because this account, with a lot of effort and talent, is dedicated to making digital videos, so this animatronicactually not in disney land, the stage was only taken to make this montage that, frankly, seems real.

In fact, how well done it is has caused many in tiktok do not realize that it is a very well made product, to the point that in a simple visual inspection you cannot see anything that gives it away.

However, one of the few clues that we have to see certain indications that it is a digital work, is the fragment of a dialogue from one of the films starring Tobey Maguire, in which he falls to the floor, causing tremendous pain in his back.

Another clue is that the downtown crowd walks by undeterred by the colossal fail that suffered spider-man.

However, the truth is that spider-man yes he puts on a show in the Disneyland Resort, a task that is performed by a flesh and blood actor, who does not very complex stunts, not like the ones he was seen doing to his animatronic version, which has earned, so far, figures higher than the 7.5 million views in tiktok.