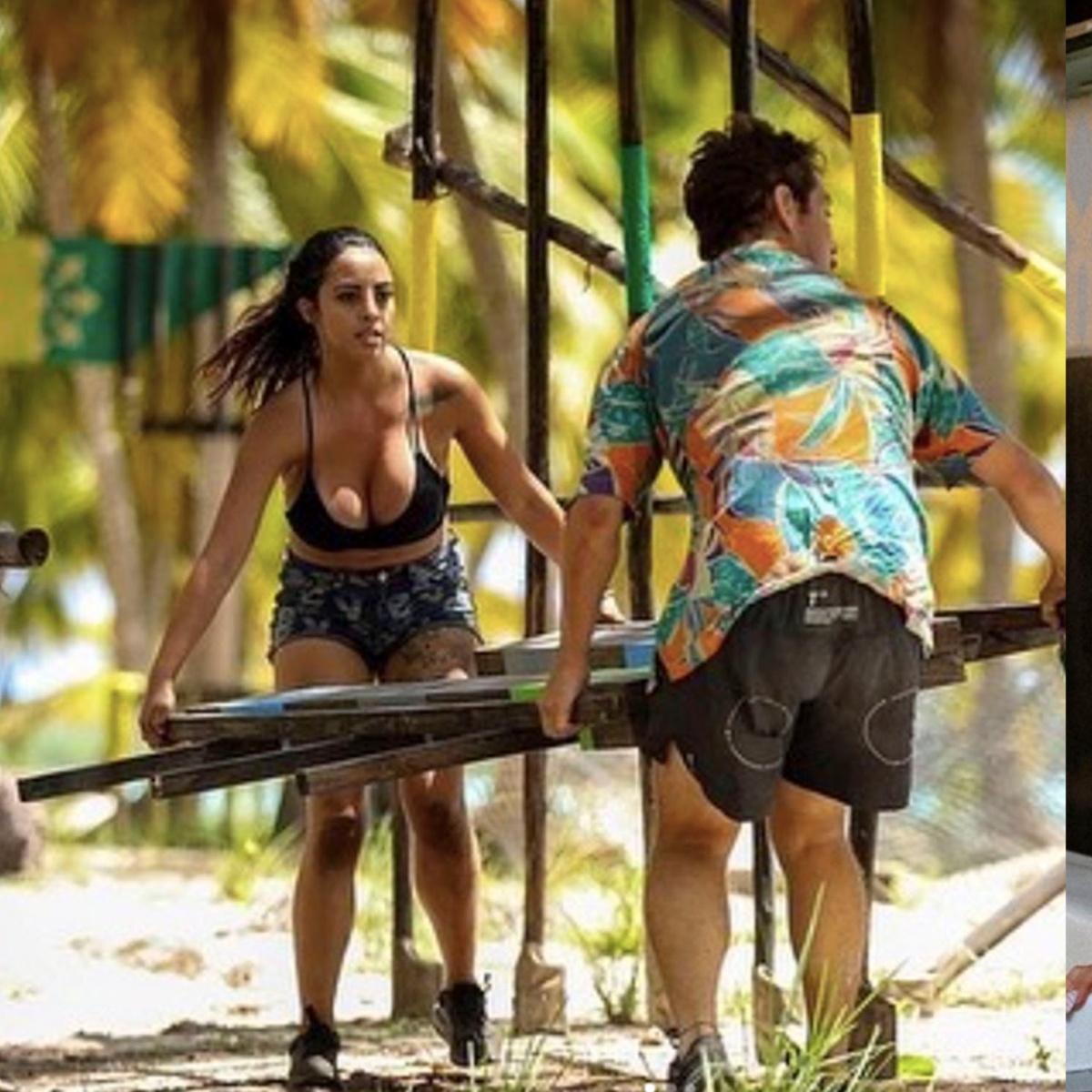 Just by looking at the progress of survivor Mexicothe fans of the influencer Jacky Ramírez identified that she would be the new member of the reality show, but being a former aca shore, her presence caused surprise in her fellow Halcón tribe.

At first, Karim expressed that he was a little “weighed” by the fact that he did not contribute points, but that they would have to learn to put up with it because he had immunity as it was his first week on the beaches of the Dominican Republic.

“Knowing that Jacky is going to have to stay and her arrival was disconcerting, but I think she is a very good girl, very funny, she brings joy, but what she does not contribute in the games we are going to have to put up with, this week we will have her woodcock”, mentioned the member of the tribe to refer to immunity.

It should be noted that in this competition, members who enter as reinforcements have a week of tolerance and even if their team loses group immunity, they cannot vote for them in the game of extinction.

Since Jacky could neither collect snails nor give points to his fellow Halcones, he made the decision to waive his immunity, a decision that was applauded by the tribe and even surprised driver Carlos Guerrero.

“It is the first time that I see a game like this, for my tribe it is the most important competition of the week and they are super united, I have been here a week, I have not been able to contribute as much as I would have liked, I know that they want to be a one more week together, I want to earn a place in the tribe, I want immunity not to be taken into account, I am not going to give a thousand, I want to earn a heart in their hearts and show them or show me that of course I am capable, just like Nahomi , just like Cuchao”, said the former acashore.

Finally she dueled with Cristian in the game of extinction and got her permanence for one more week, in her own words, she explained that she worked better under pressure, because she did not have the confidence that she would not be eliminated.

The season in which this influencer participated in Acapulco Shore was the eighth. Since she entered the mansion in Acapulco, she made clear her intention to create controversy and stand out from the entire party and the “degenerate”. It should be noted that she was previously part of Falling in love.

Hi, I’m Jacky and I’m going to be in the new season of Acapulco Shore. Obviously I’m going to be the life of the party and I want to make lots of friends and have a great time with everyone. In three words, I want the vacation to be full of excesses and obviously laughter. For me, the Shore spirit cannot be described in words, but it is me in all its splendor”, were the words of the influencer for a promotional video of the reality show on MTV.

But once inside the reality show, he began to have a lot of controversies, physical fights and some feuds with other acashores, mainly with Nacha; although towards the end there was a “reconciliation”. Also, there came a point where she even she was kicked out of the house along with Fer.

The third tribe of Survivor Mexico

This new tribe is called The Others and is made up of some participants who had already been “eliminated”, in addition to two members whose fate was decided by mutual agreement. The news was given during an Extraordinary Tribal Council and throughout the chapter what would happen to Kenta and Julián was kept in suspense.

It should be noted that the implementation of a third tribe is a resource that had not been used in the first two seasons.

Finally, driver Carlos Guerrero, better known only as Warrior, revealed that the most recently expelled had not really returned to Mexico.

Cata explained on August 3 that when she lost in the Extinction Game she hoped that her participation in the reality show would have ended, but she remained a few days “in exile” surviving alone until her new companions arrived.

“I was treated as if I was still in the competition,” she said.