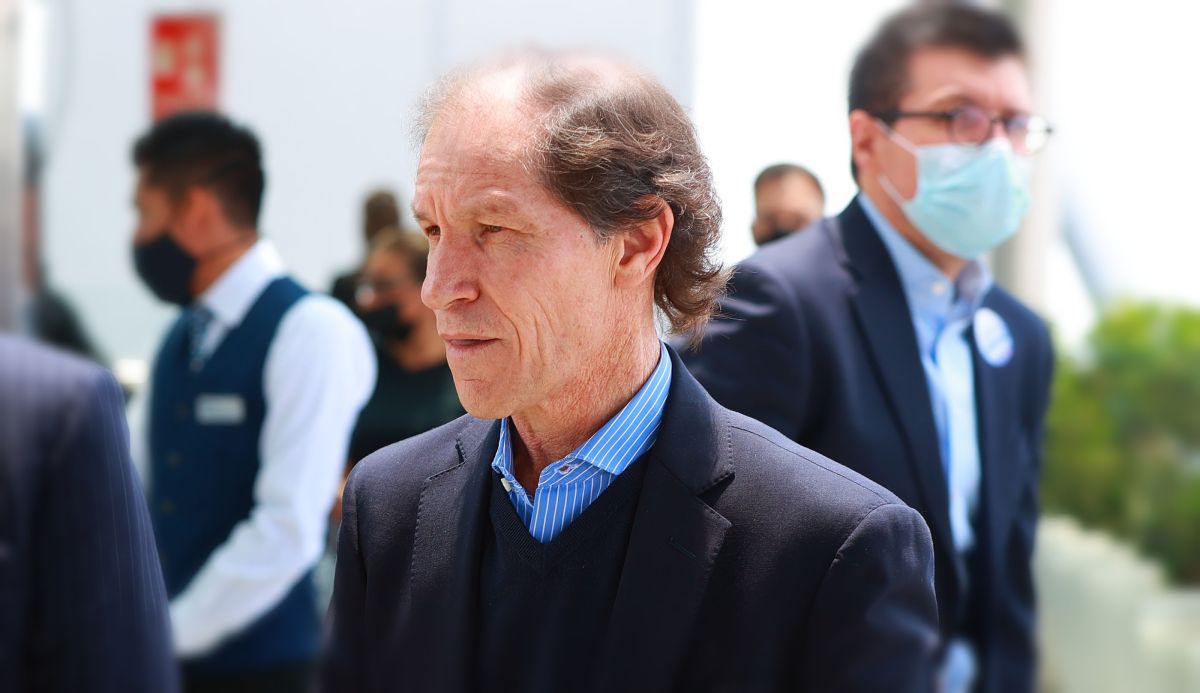 While the fans of the Águilas del América celebrates the hiring of Jonathan ‘Cabecita’ Rodríguezthe Cruz Azul fans lament seeing that the one who was his scorer and appears in his last title (Guardians 2020) goes to the rival’s sidewalk.

The main reason for the Uruguayan striker in returning to Liga MX is that wants to be relevant again to be considered to play with his country in the 2022 World Cup in Qatar, importance and level of play that he lost when he decided to accept the petrodollars offered to him in Saudi Arabia.

But in America El Cabecita will earn a little more than what he received in the Saudi country; while Al Nassr paid him $2 million, in the Mexican capital they will pay him $3.5 million per seasonsurpassing the salary of other players such as Guillermo Ochoa and Henry Martin, both on the Coapa exit ramp.

But the always reliable ‘Francotirador’ of the Mexican newspaper Record revealed that the agent of the Uruguayan attacker always sought that his client return to Cruz Azulbut the sports president Jaime Ordiales (who returned to office only in February) closed the doors.

“The claims window has the name and surname of the person in charge: Jaime Ordiales. There is no more (…) Ordiales gave them an elegant ‘thank you, but for now not young’, and thus left the signing on a silver platter to Baños and company “

The information published in the famous Indian column that after the rejection, Jonathan Rodríguez was sought by two specific clubs, Club América and the always wealthy LAFC of Major League Soccer (MLS).

Connoisseur of Aztec soccer and its fans, El Cabecita gave his agent clear instructions to listen carefully to the Eagles’ offers, considering that his intention was to return to the highest level and that MLS might not offer him the level of competition that he wanted. yes it has Mexico.

With the hiring of Chilean Pablo Solari deadlocked due to the high demands of Colo Colo, Emilio Azcárraga chatted with Víctor Velázquez, president of Cruz Azul, and also with Ordiales who accompanied him at the 2026 World Cup venue designation event that was held at the Azteca Stadium.

Azcárraga respectfully asked them if he could incorporate Rodríguezconsidering what the player means to ‘The Machine’, to which they replied that there was no problem, something that has been interpreted by the cement fans as a “They put it on a silver platter for the eternal rival”.

The newspaper publication Record on the social network Instagram was filled with comments from Cruz Azul followers who demand the resignation of Jaime Ordiales and seriousness on the part of the sports leadership in terms of planning.

They see it as a betrayal that they did not allow the return of Cabecita Rodríguez, a player who scored 49 goals and distributed 12 assists in 105 official games, including Liga MX and international tournaments.

In conversation for the Mexican media ImageTVJaime Ordiales did not deny that he had closed the doors to Jonathan Rodríguez, but he did make up a little the story released by ‘El Francotirador’ and defended the leadership-type decisions he has made.

He revealed that he contacted Cabecita’s agent, Gerardo Rebajda, who told him that the 28-year-old striker would only leave Saudi Arabia if he was offered a higher salary of which he won there.

“He was very blunt in telling me that if Little Head would leave Arabia, he would be sold practically for what it cost plus a salary that was much higher than what he earned here, almost three times what he earned”Jaime Ordiales

The sports president of Cruz Azul added that Rodríguez’s agent told him that the favorite to get his services was LAFC, which was almost a fact, but the truth is that this dangerous ‘killer’ from the area will now be back in the Liga MX and will seek to help fulfill the promise of Santiago Baños to the azulcrema fans: take the title of the Opening Tournament 2022 to the Coapa showcase.