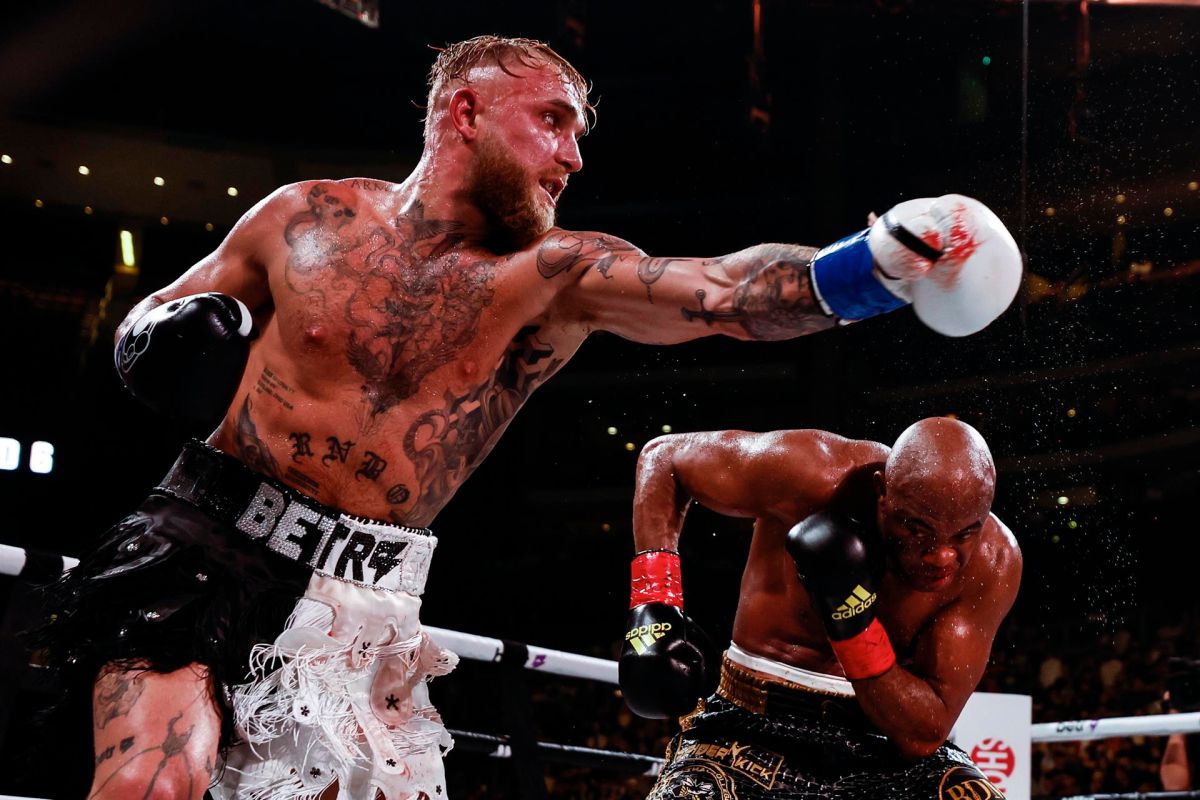 Jake Paul continues to make inroads into the world of boxing. On October 29, he scored a unanimous decision victory over experienced Brazilian MMA and UFC fighter, Anderson Silva, at the Gila River Arena in Glendale, Arizona.

The bout went to Jake Paul 78-73; 77-74; 78-73 over the 8-round fight against the 47-year-old Brazilian. After this confrontation, the American increased his record to 6 wins without defeats and affirmed that he wants to go for the best fighters in the ring.

“A lot of people will still say I can’t go against the best, but it’s part of life. I love Nate Diaz, he went on to say a lot of things, stop running away and stop being a bitch, you can’t, stop talking. I can beat Canelo, anyone, anyone anywhere,” Paul said after the fight.

For his part, Anderson Silva thanked for the opportunity to fight at 47 years of age and stressed that people should respect Jake Paul because he has worked hard to get to where he has reached.

“I worked very hard to make this show for you guys that’s how this game is nothing changes in this game. Sometimes you win, and sometimes you lose, I just want to thank my family and my team, and now I’m just going home to rest. I think the judges did their job. It’s hard to come here and fight a younger guy, I think Jake was better than me. Everyone should respect this guy because he is a warrior, I know what he is, and he has fought and worked,” he said.

After closing a cycle with a victory over Gennady ‘GGG’ Golovkin in his third fight, Saul ‘Canelo’ Alvarez underwent surgery to correct a problem he had in his left hand so that he will be away from the ring for approximately 12 months. However, the tapatío is overcome with anxiety and wants to shorten that recovery time.

The 32-year-old boxer was seen back to training in his small gym in San Diego, accompanied by another member of the Canelo Team, Oscar Valdez, who has great ambitions in mind.