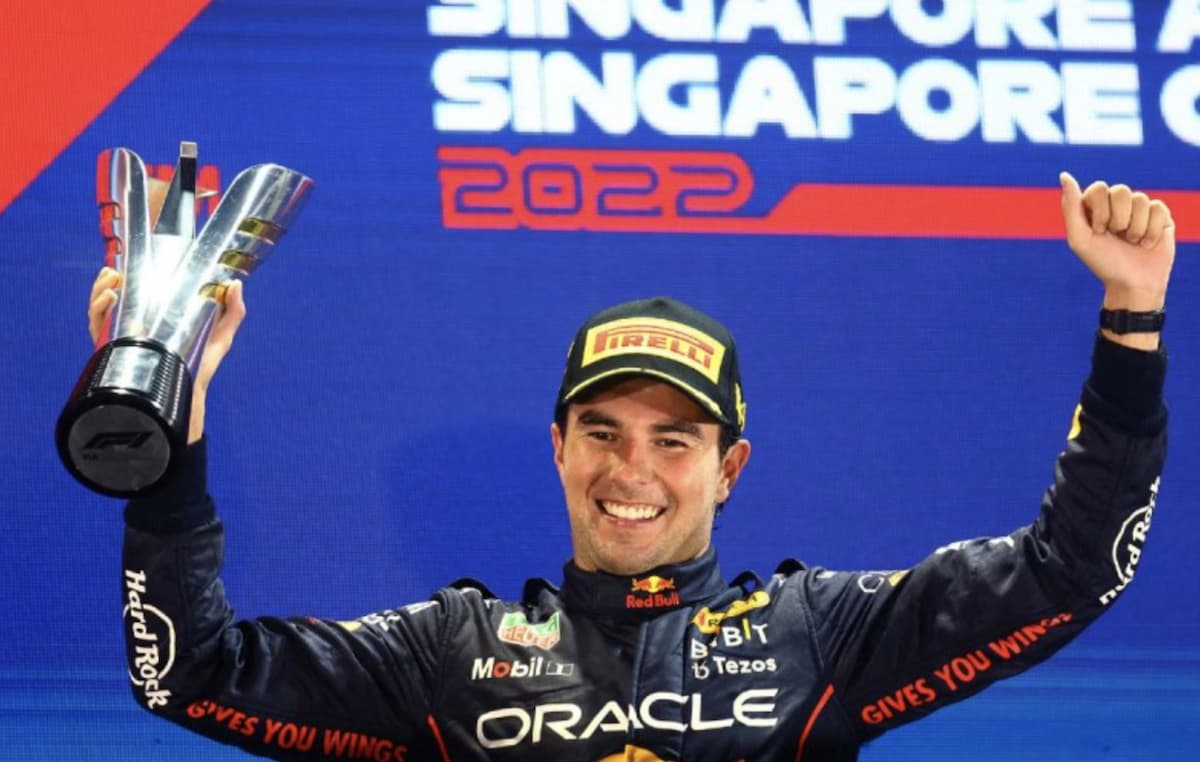 Sergio Pérez won the 2022 Formula 1 Singapore Grand Prix, in a race where he was put under pressure by Ferrari driver Charles Leclerc, in addition to having to visit the race stewards after the podium celebration and explain a possible foul at the time of a restart behind the safety car.

The governor of the state of Jalisco, Enrique Alfaro, said on his Twitter account, after the Mexican victory, that the state’s inhabitants should expect a surprise that he is preparing for them together with the Mexican driver.

“I can’t say much, but we are ready to give Jalisco an incredible surprise next week with Checo Perez, so stay tuned,” he wrote on his Twitter account in a thread after celebrating the Mexican’s victory, the second for him in 2022.

The national anthem sounds again, and our flag is raised at the top of the #F1, from the #SingaporeGP. With Guadalajara on his helmet, Jalisco in his soul and Mexican style, Sergio Perez made a race for history. From the heart, congratulations to the #OrgulloDeJalisco.

Perez is showing this year on his helmet the sponsorship of the state of Jalisco as part of a monetary agreement for tourism promotion.

Checo Perez and Red Bull will hold a show run, an exhibition in Jalisco, on October 26, according to close sources who have already confirmed the date, a few days before the Mexico City Grand Prix.