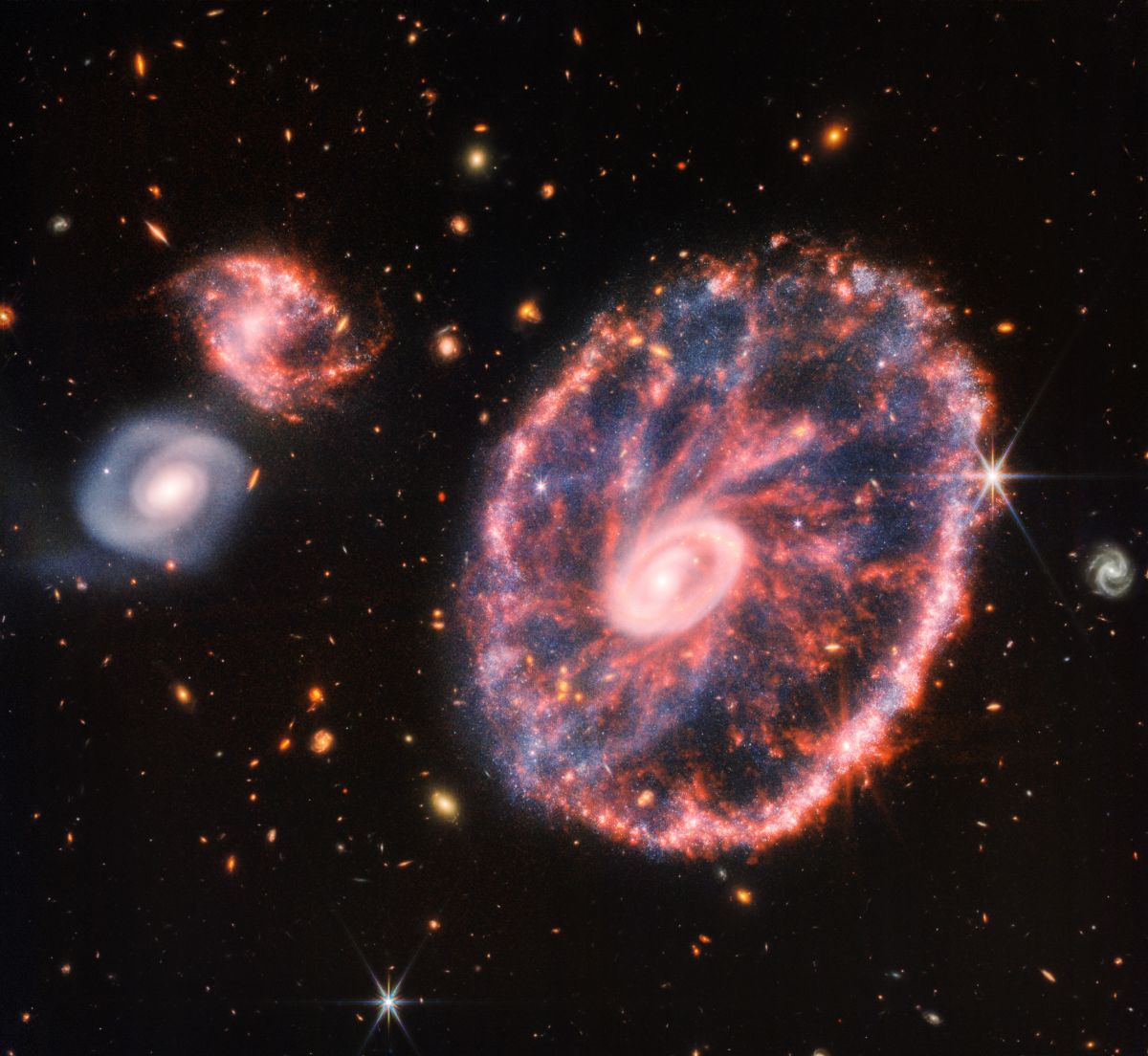 The James Webb Space Telescope continues to amaze the scientific community and the general public with the amazing images it is capable of capturing. In the most recent of them you can see the car galaxy, which is the result of the collision of two galaxies.

Until now Scientists had not been able to see this galaxy in detail because a large amount of dust produced by the collision obscures much of the view of the telescopes..

The Chariot Galaxy, a rare ring galaxy once shrouded in dust and mystery, has been revealed by the imaging capabilities of the James Webb Space Telescope.

The James Webb lens was not only able to offer a general image of the galaxy, it also provided information about the black hole that is in the center of said galaxy.something that had not happened so far.

“Webb’s high-precision instruments revealed the behavior of the black hole within its galactic center. These new details provide a renewed understanding of a galaxy in the midst of a slow transformation,” they added.

The European Space Agency explains that the Chariot Galaxy is located at a distance of approximately 500 million light years from Earth. and it is used by scientists to learn more about the process of star formation and the consequences that a collision between galaxies can generate.

The name of the galaxy, according to experts, is due to the fact that its shape resembles two concentric rings.. The researchers point out that the inner ring is mostly concentrated young large stars, while the outer ring is made up mostly of gases that are expected to also become stars in the future.

“While Webb gives us a snapshot of Cartwheel’s current state, it also provides insights into what has happened to this galaxy in the past and how it will evolve in the future,” the scientists added.