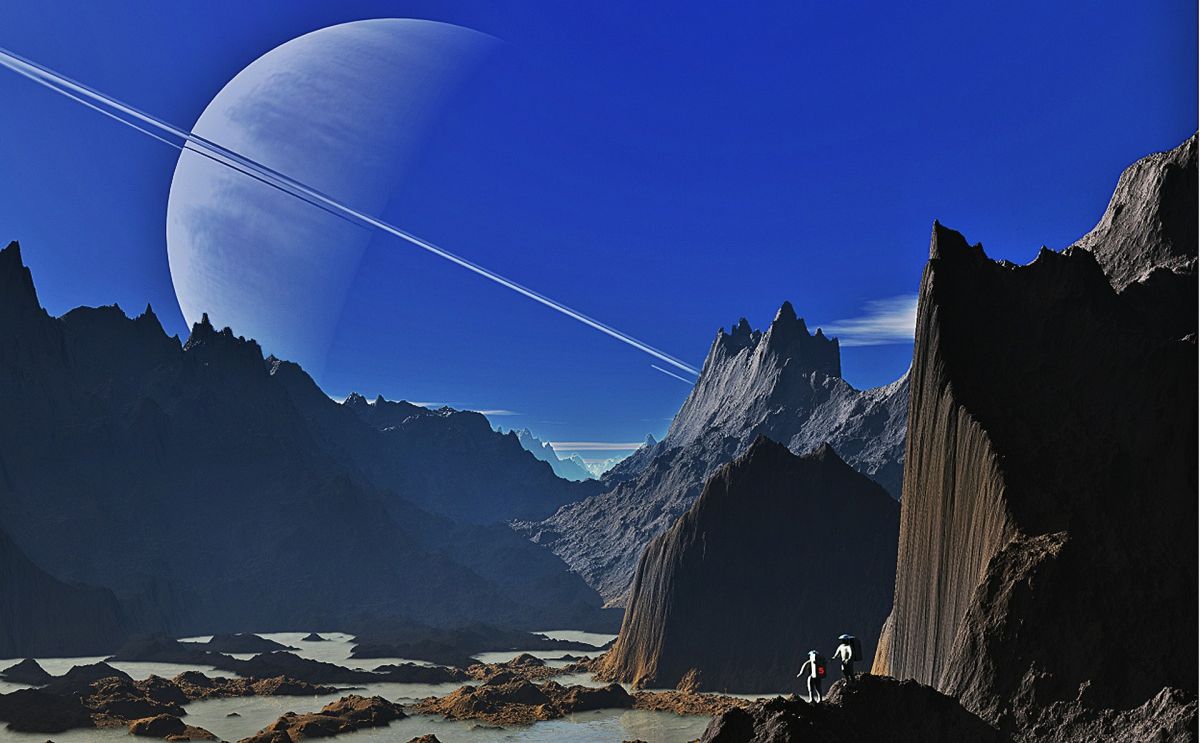 Scientists will be able to determine whether or not a group of nearby exoplanets are habitable by studying their potential atmospheres.said a NASA expert.

The question of whether TRAPPIST-1 exoplanets have atmospheres is the “most important” scientific investigation anyone involved in the search for extraterrestrial life is going to do for potentially a decade, NASA astrobiologist Shawn Domagal-Goldman told Newsweek.

Despite decades of scanning the skies for radio signals and a growing list of exoplanets, the name given to planets orbiting other stars, scientists have never found evidence that life exists anywhere other than Earth. If it does, the consequences for science, philosophy, and religion could be profound.

The TRAPPIST-1 star system is a collection of at least seven exoplanets orbiting a dwarf star about 40 light-years from Earth, which is considered the leading candidate for potentially habitable worlds, and perhaps even life.

While preliminary research has revealed that the planets are rocky and possibly temperate, the key question of whether or not they have atmospheres has been impossible to deduce with previous technology.

That was before the James Webb Space Telescope launched in December as NASA’s most powerful space telescope. By looking at the cosmos with an array of mirrors to help it capture as much light as possible, Webb has already taken the deepest infrared image of the universe ever seen.

For several weeks, he has also had his sights set on TRAPPIST-1 as a matter of priority. The key thing the telescope will look for is any trace of an atmosphere surrounding the planets.

“What I think is universally interesting to almost everyone is whether or not these planets have atmospheres,” Domagal-Goldman said. “It is essential for habitability. The Moon gets as much energy from the Sun as Earth does, but it doesn’t cling to its atmosphere and therefore has no oceans and no global biosphere.”

By contrast, TRAPPIST worlds are large enough to contain their atmospheres, since higher mass means higher gravity. The unknown factor, however, is whether its nearby star, TRAPPIST-1, has been violent enough to blow up these atmospheres over time due to bursts of high-energy radiation.

Once an atmosphere is detected on any of the TRAPPIST worlds, the next question to answer will be: what are they made of? This will change the line of questioning for scientists from whether these planets have the potential to support life to whether or not they do..

Essentially, scientists will use Webb to capture light from TRAPPIST-1 each time it passes through the atmospheres of TRAPPIST exoplanets. If this light encounters gases, such as oxygen, carbon dioxide, water vapor, or methane, it will leave a telltale trail in starlight that Webb can detect.