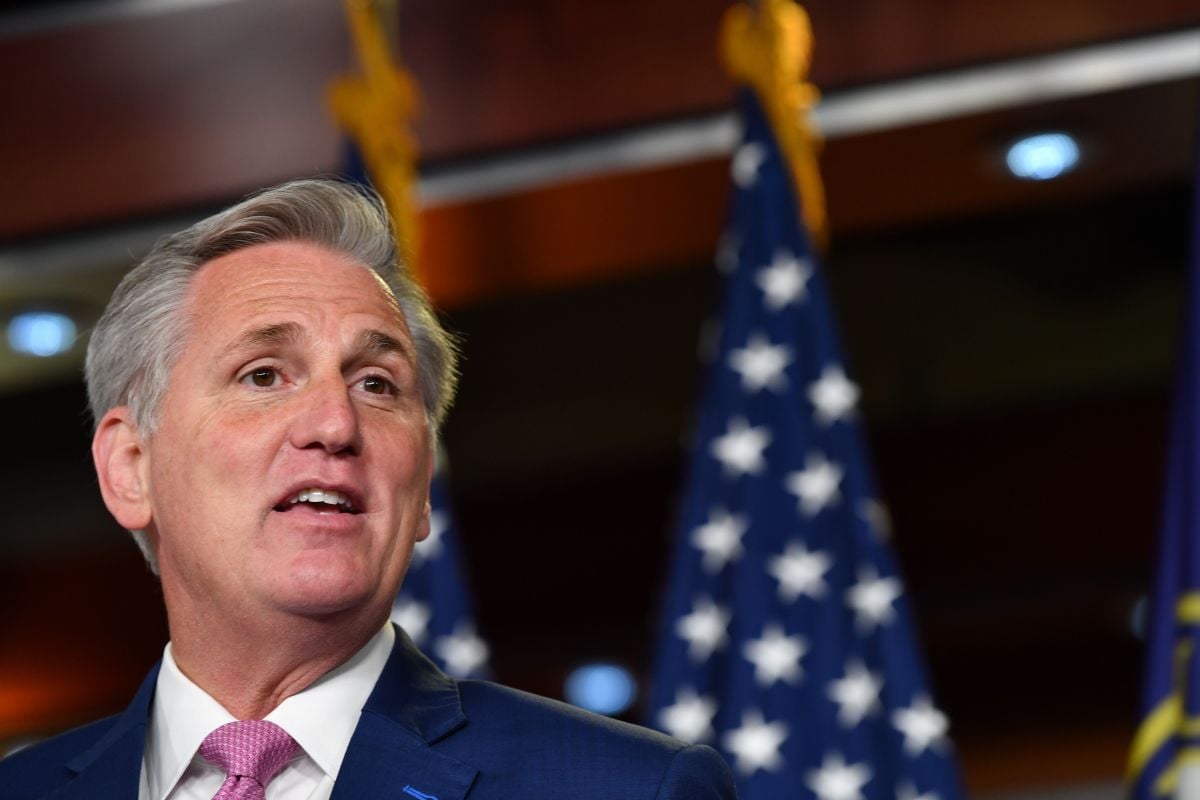 The House Select Committee, investigating the January 6 storming of the US Capitol, issued five subpoenas to Republican lawmakers, including House Minority Leader Kevin McCarthy, in an escalation that translates into large efforts to collect information from parliamentarians as part of its investigation.

In addition to the minority leader, there are, Jim Jordan from Ohio, Mo Brooks from Alabama, Scott Perry from Pennsylvania and Andy Bigg of Arizona to testify in connection with this fact.

The committee’s demand may lead to a criminal legal action, as others who were called to testify before lawmakers, such as Mark Meadows, a former White House chief of staff, filed challenges in court to subpoenas issued by the Chamber investigators.

For its part, the chairman of the committee, Bennie Thompson, a member of the Mississippi Democratic Party, stated that the Republican parliamentarians have in their possession information of great interest for their investigation and that the board was forced to issue subpoenas after they refused the opportunity to voluntarily testify,

“We urge our colleagues to comply with the law, do their patriotic duty and cooperate with our investigation, as hundreds of other witnesses have done,” he said in a statement.

If Republicans challenge the subpoenas, the panel chairman said he could recommend contempt charges, as he has with other witnesses, though members have not discussed that next step. In addition, the panel has the power to refer it to the House Ethics Committee or explore other civilian options, he said, adding that the committee is “taking it one step at a time” and expects lawmakers to comply with its subpoenas..

The commission asked the cited Republicans for their voluntary cooperation with its investigation into the Jan. 6 assault, but they did not offer their members. Brooks, who spoke at the White House rally hours before the attack on the government compound, said in early May that while he would have testified voluntarily at some point in the past, he would only do so if subpoenaed and promised to fight the lawsuit.

Although the select committee issued subpoenas for the five Republican lawmakers, it also asked Republican Rep. Ronny Jackson to participate in voluntary meetings with investigators. It was not clear if the board will subpoena Jackson in the future.

The House committee told Jordan and Brooks in previous requests that it would like to discuss conversations the two had with former President Donald Trump about his efforts to overturn the 2020 presidential election that won Joe Biden.

The panel believes that Biggs participated in meetings at the White House and remotely regarding the planning for the day of the storming, including former Vice President Mike Pence’s strategy to reject the electoral votes of the key states that Trump lost in The elections.

The committee also said it learned Biggs was involved in plans to bring protesters to Washington on Jan. 6, when lawmakers met in a joint session to count state electoral votes and reaffirm Biden’s victory.

Likewise, it has information about Biggs’s alleged efforts to convince state officials that the presidential election was stolen and to seek their help with the former president’s desire to annul the results, and the previous staff of the presidential house identified Biggs as potentially involved in an effort to seek executive pardon for Trump-linked activities.

The board said McCarthy was in communication with the former president “before, during and after” Jan. 6 and wants information about his conversations with colleagues and lawmakers in the days after the Capitol storming. In a conference call with Republican leaders, McCarthy said Trump had acknowledged some blame for the attack, according to newly released audio.

“He told me that he bears some responsibility for what happened. And he needs to acknowledge it,” the top House Republican said.

He also noted that in another leaked call he was considering asking Trump to resign as president.

“The only discussion I would have with him is that I think this will happen, and it would be my recommendation that he resign,” he told Rep. Liz Cheney on a Jan. 10, 2021, call, referring to an impeachment ruling drafted by House Democrats. Cheney is one of two Republicans on the January 6 caucus and is serving as vice chair.