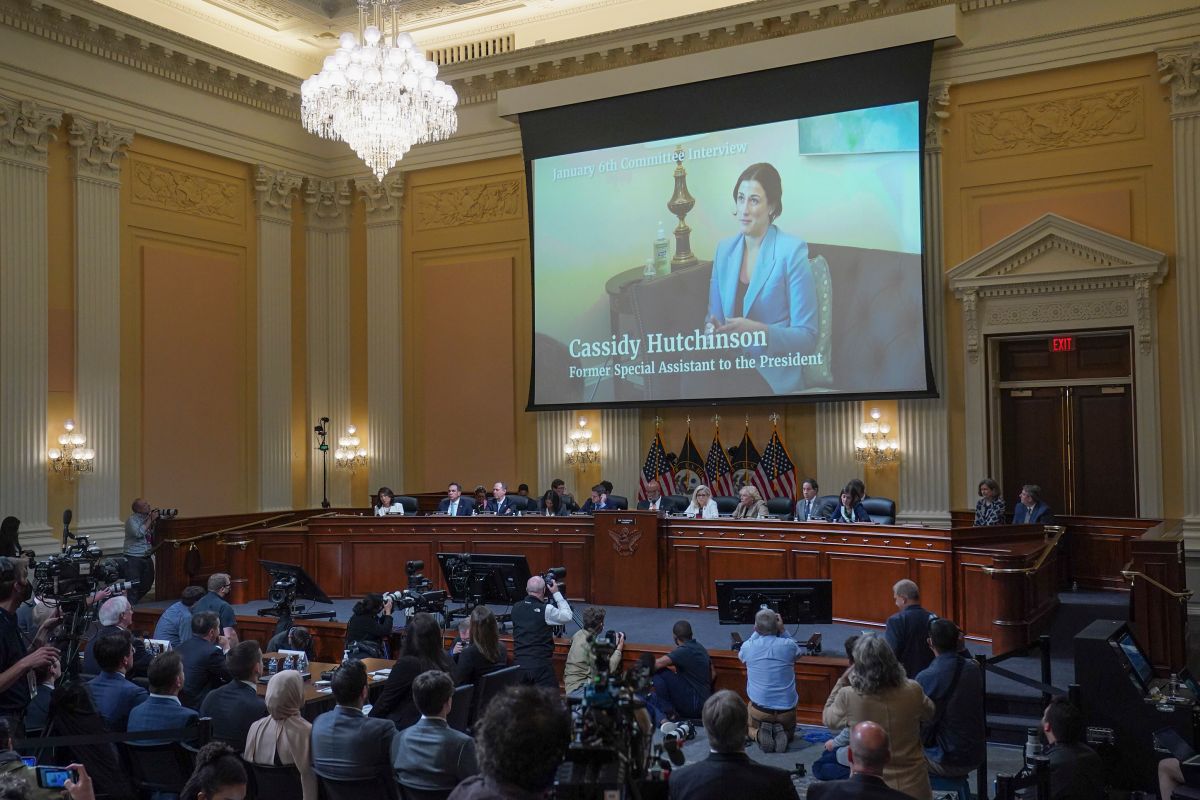 The Select Committee investigating the assault on the Capitol on January 6, 2021 added a new and unexpected public hearing for this Tuesday afternoonthe board announced.

Cassidy Hutchinson, aide Mark Meadows, a former White House chief of staff and a witness to multiple critical events and conversations, is scheduled to testify later today, according to two sources familiar with the case.

His previous appearance was first announced by Punchbowl News.

So far, the committee has not revealed the topic to be discussed during the hearing, which will take place at 1:00 pm ET, this being the panel’s sixth hearing this June.

The announcement of this week’s hearing was unexpected by many, because the panel had previously stated that it would not resume its hearings until mid-July.

For its part, the representative of the Democratic Party for Mississippi, Bennie Thompson, president of the board, informed the press that the committee needed more time to review new documentary material that it received from documentary filmmaker Alex Holder, who has in his possession images that have not been seen before from former President Donald Trump and his family, information from the National Archives, and new tips coming through the board’s tip line.

The board gave no indication of the list of witnesses or the subject matter, but said it would “present recently obtained evidence and receive testimony from witnesses.”

Hutchinson had been interviewed before by the panel behind closed doors, and the committee has released videos of her testimony at previous hearings. However, her live statement would mark a significant moment in the series of board hearings, as she has long been considered one of the most important witnesses due to her closeness to Meadows. .

A source close to the committee told CNN that the panel was concerned about the safety of a likely witness ahead of Tuesday’s hearing. Witness safety and general procedures is part of the reason the board has been tight-lipped about who will testify Tuesday and what issues will be brought to the table.

Concerns for the witness’s safety led to further action being taken inside the courtroom. Another anonymous source said some people who had regular front-row seats were told they might not get them on Tuesday for security reasons.

In the first five hearings, the committee investigating the events of January 6 on Capitol Hill revealed how Trump was aware that he had lost the presidential election in 2020, however, he pressured former Vice President Mike Pence, state officials and the Justice Department to keep him as the boss of the White House anyway.

Board members previously stated that their last two hearings would focus on the role local extremist groups played in the assault on Capitol Hill.