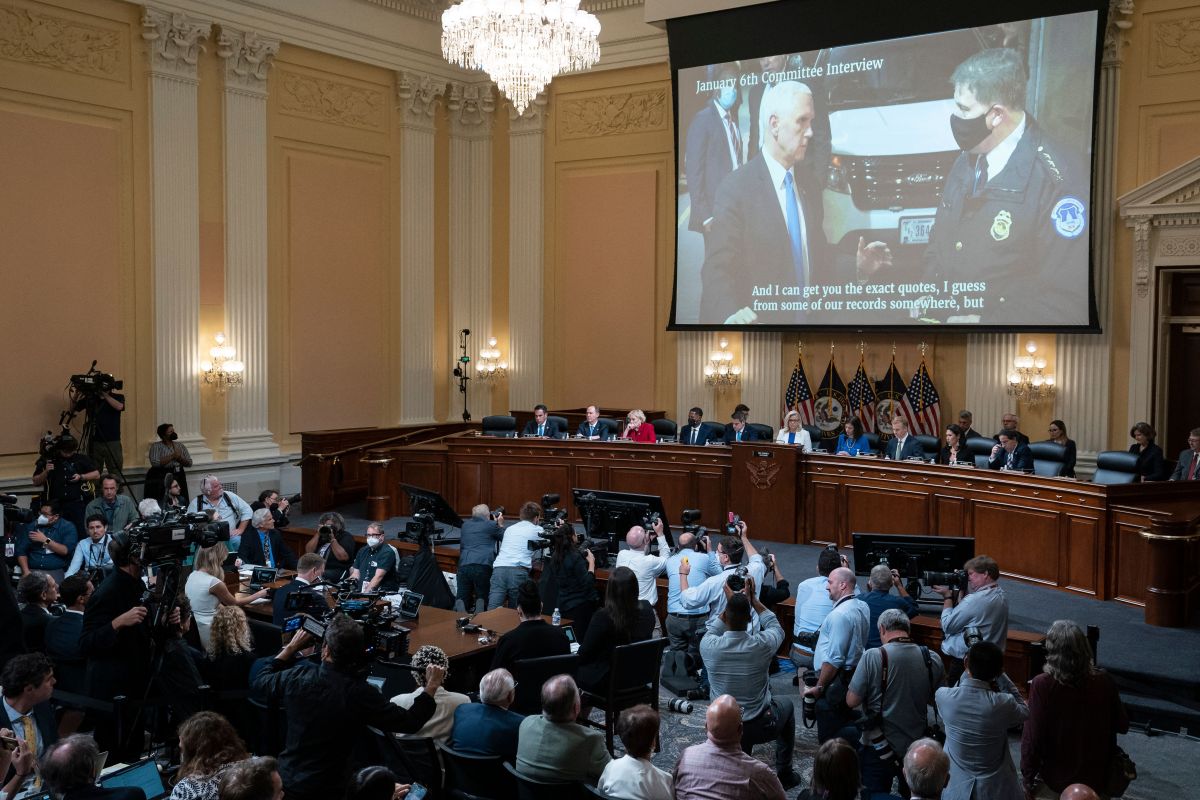 The House committee investigating the January 6 assault on Capitol Hill presented evidence during a public hearing Thursday that the Secret Service and the National Security Council expressed concern on January 6 that then-Vice President mike pence remained trapped in the Capitol while the assault unfolded.

Committee Chairman Bennie Thompson opened Thursday’s prime-time hearing by saying congressional investigators have counted in open sessions for the past few weeks. the story of a president, Donald Trump, who did everything possible to stay in power.

The committee is closely examining Trump’s actions on January 6, 2021, a day of violence in the US capital. The focus of this hearing is on the more than three hours during the insurrection on Capitol Hill in which Trump did not act to stop the attack.

Thompson said that despite the violence that broke out that day, Trump “didn’t react.”

The evidence is meant to underscore what was at stake that day, for example when the assailants came within just 5 to 10 feet of the vice president. mike pencewhom they blamed for refusing to attempt to nullify the election in favor of then-President Donald Trump.

A message at 2:18 p.m. read: “Decision in the next 2-3 minutes or they may not be able to move. The vice president may be trapped on Capitol Hill.”

In radio traffic from January 6 reproduced by the committee at its Thursday hearing, a Secret Service agent guarding Pence said: “If we lose any more time, we may… lose the ability to leave. So if we’re going to leave, we have to do it now.”

Radio traffic obtained by the committee revealed that members of Pence’s security asked their colleagues to say goodbye to their familieswhile fears grew that they would be attacked while transporting the vice president.