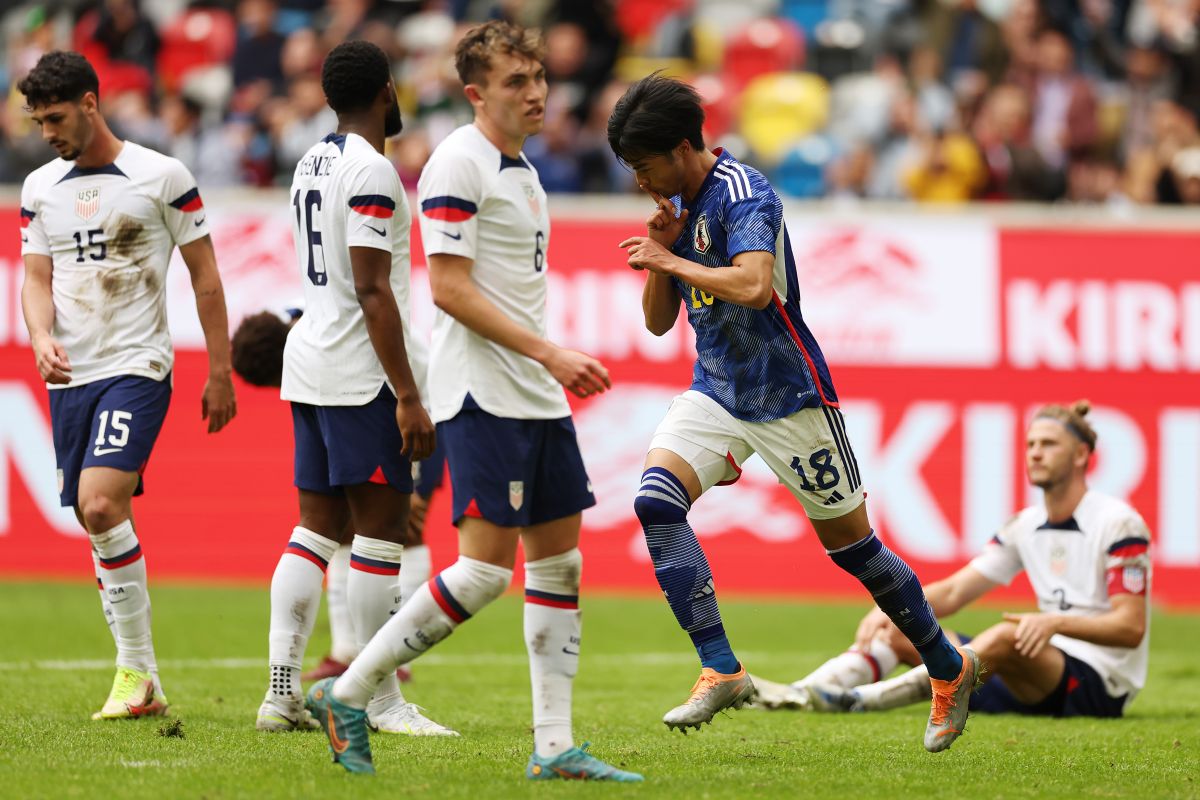 The Japanese national team showed its offensive brilliance and its excellent tactical organization this Friday and won 2-0 against the United States in his penultimate test prior to the 2022 Qatar World Cup, in which he will be the rival of Spain, Germany and Costa Rica in the group stage.

The Japanese team, which will play its seventh consecutive World Cup in Qatar, left the United States in evidence, in which the only positive news was the performance of Arsenal goalkeeper Matt Turner, who avoided a larger result.

It was played at the Merkur Spiel-Arena in Dusseldorf, Germany, with Kubo shining in the Japanese eleven and Luca de la Torre, Celta Vigo midfielder, who was a starter in the American team, due to Yunus Musah being injured.

Hidemasa Morita offered a great assist to Kamada for 1-0which he defined with an elegant curved shot with his right leg that gave Turner no chance.

It was the target that certified Japan’s superiority, against a United States team that missed Christian Pulisic, who dropped out of the eleven due to a physical problem suffered in training.

Brighton striker Mitoma made a fine individual move down the left flank, dribbling past Reggie Cannon and hitting a perfectly curved shot to make it 2-0.

For the United States it was a severe setback, although partially tempered by the important absences, including those of Pulisic and Timothy Weah, important pieces to enhance the team’s offensive mechanisms.

The American team did not have a shot on goal in the entire match and could not even scare the Japanese team. The United States will face Saudi Arabia in Murcia next Monday to complete their preparation for Qatar 2022, which will mark their return to the World Cup after the absence in Russia 2018.

El Tri prepared: The Mexican national team arrived in the United States for the friendly matches against Peru and Colombia