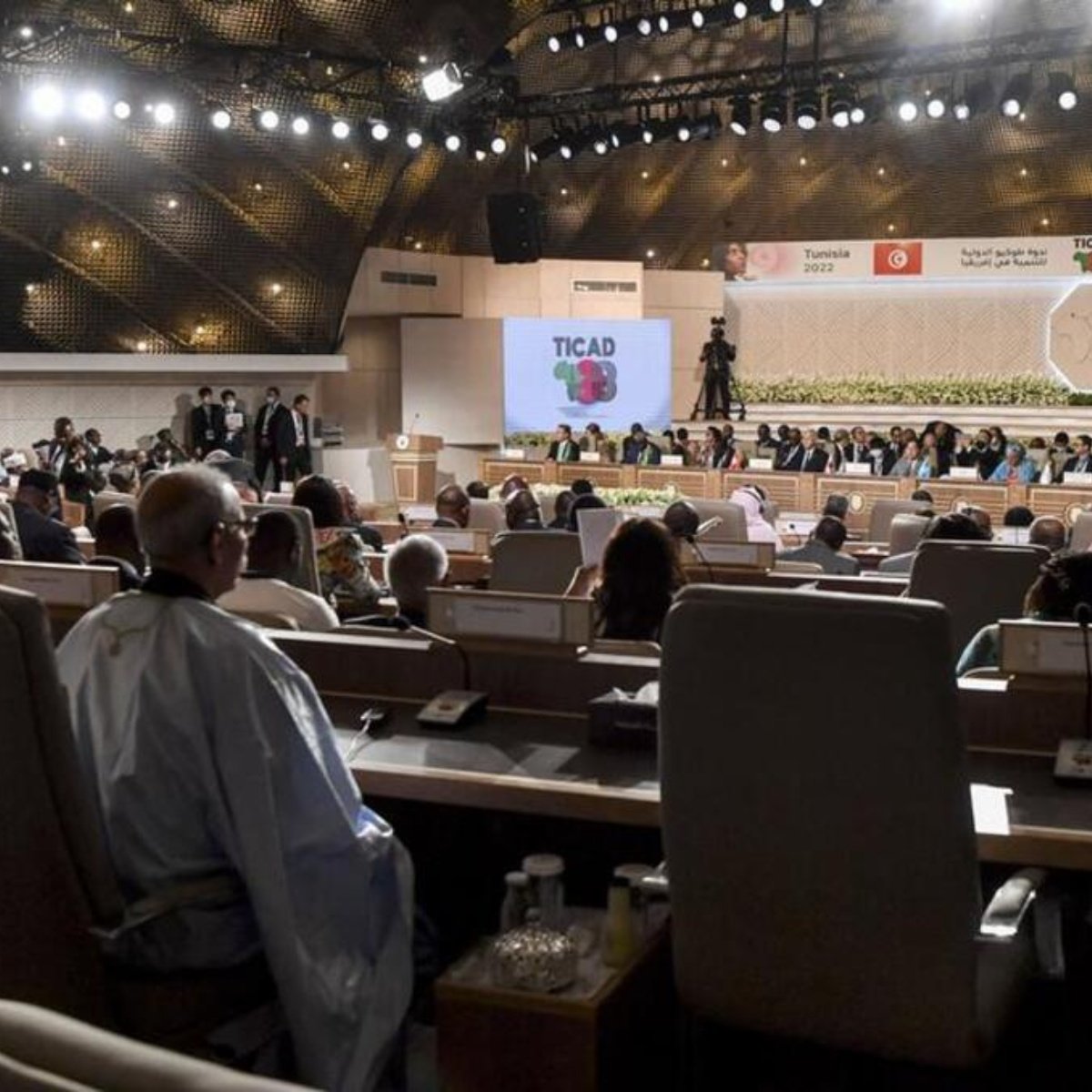 Japan is increasing his aid and financial assistance to the nations of Africaand Tokyo recently pledged $30 billion (€30.24 billion) to help develop the continent over the next three years.

The financial commitment was disclosed at the Tokyo International Conference on African Development (TICAD)which was organized by the Japanese government in Tunisia for two days at the end of August.

First organized in 1993, TICAD has traditionally been held in Japan, but moved to the North African country this year due to concerns over the Covid-19 pandemic.

Japanese Prime Minister Fumio Kishida delivered the opening address from Tokyo, where he was recovering from a bout of the virus, emphasizing to delegates that Japan intends to use its wealth to invest in Africa’s human capital and foster sustainable and high-quality development throughout the continent.

Although Kishida did not comment on China or Russia, it is clear that Tokyo’s latest economic assistance is designed to counter growing Chinese and Russian influence in the region.

In recent years, Japan’s diplomats in African nations have been busy warning their host governments about the potential dangers of accepting what is apparently generous economic aid from Beijing.

Critics say the Chinese aid that is offered too often takes the form of large loans for large infrastructure projects, including commercial ports, strategic airfields, railways, bridges and highways. They argue that when recipient nations fall behind on their debts, Chinese state-owned companies could quickly step in to seize control of the assets.

Japan and other nations are particularly concerned about strategically located facilities with potential dual uses that are under Beijing’s control, such as the Hambantota port in Sri Lanka. The Colombo government borrowed $1 billion from China 20 years ago to build the facility.

But when the project became economically unfeasible and Sri Lanka was unable to repay the loan, it agreed to give China a majority equity stake in the port and a 99-year lease to operate it.

However, Beijing rejects accusations that it is pursuing such “debt trap diplomacy” and alleges that it is a narrative promoted by some in the West to tarnish China’s global image.

In August, Wang Wenbin, a spokesman for China’s Foreign Ministry, criticized claims of the Chinese debt trap, saying that Western officials and media are trying to drive a wedge between China and other developing nations by presenting such claims. accusations, the state-run tabloid Global Times reported.

As Beijing tries to boost its trade and investment ties with Africa, pledging $40 billion in financing for the continent in 2021, Tokyo is growing concerned about China’s growing influence in the region.

“The main reason behind Japan’s help is obviously China,” said Akitoshi Miyashita, a professor of international relations at Tokyo International University. “Kishida is very concerned that Japan, and other developed nations, are falling behind Beijing when it comes to appealing to governments in Africa.”

There is also similar concern about Russia’s influence in Africa. “Russia is courting China, India and various African countries to express support for its actions in Ukraine, so there is clearly a strong political motivation for Japan to do more in Africa,” Miyashita said.

Why is Japan deeply concerned?

But he stressed that the concern was driven in part by his own trade concerns.

“China has been extremely proactive in the Republic of Congo and other countries with large deposits of rare earth minerals that are critical to modern technology. Japan is working hard to ensure that China does not gain a monopoly on those resources, which would cause serious problems for Japanese companies”.

Tokyo’s goal is to create a broad-based coalition of nations that share its calls for a rules-based international order, free trade routes and open seas, and a commitment to joint development.

Japan fears that China does not share the same goals and wants to reshape the international order in a way that suits Beijing’s interests.

“China is becoming very powerful and politically influential and is using its overseas investment and assistance to further that ambition,” said Haruko Noguchi, a professor of health economics at Waseda University. “But Japan thinks and acts very differently.”

It may interest you: Japan promises 30 billion dollars in African aid

What is the difference between Chinese and Japanese aid?

As we have mentioned in AmericanPost.NewsNoguchi has served as an adviser to the Japanese government on aid to African countries, including schools in Burkina Faso.

“The program there was to create a larger community in the schools, to engage parents and others in these towns, and we were able to determine that this helped children’s health and academic outcomes,” she said. “Empowerment has a very positive impact on children’s well-being.”

Japan is likely to focus its efforts on this type of assistance, he said, rather than building airports and port infrastructure.

“We see the future of Africa in the empowerment of its people and the development of its human capital,” he said. “And yes, that could mean that Japanese companies miss out on big construction projects, but I hope that in the future, a child who has benefited from our help can rise to a leadership role in these countries. And that’s when the Japanese help pay off.”