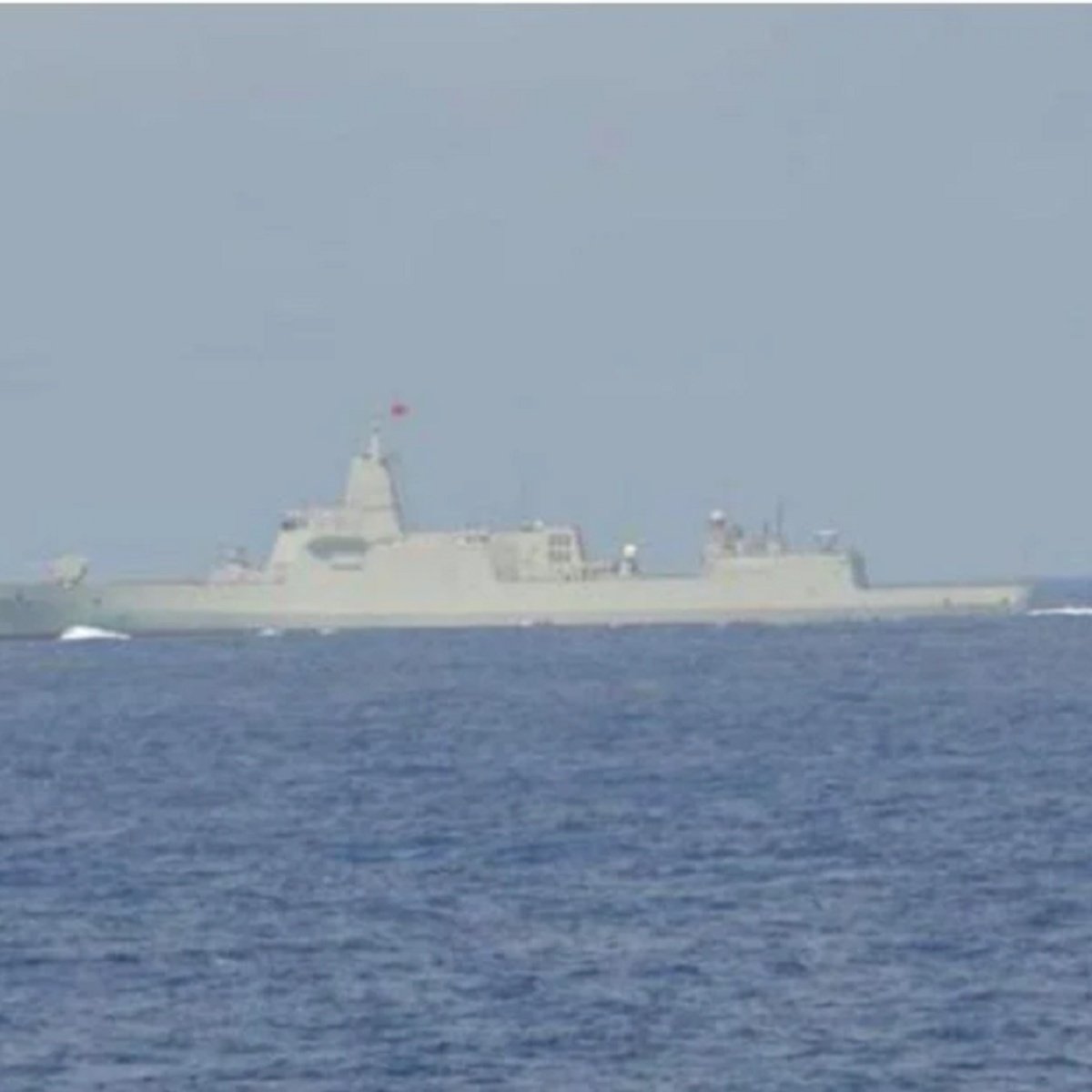 at least eight Russian and Chinese warships have been seen in the seas near Japan this week, another sign of the apparent pressure the two partners have been putting on tokyo as relations with Ukraine and Taiwan, respectively, deteriorate.

Japan’s Defense Ministry said on Tuesday that its forces had observed five Russian warships led by an anti-submarine destroyer sailing through the Tsushima Strait, which separates Japan and South Korea.

The five-ship Russian flotilla has been near the Japanese home islands for a week, from Hokkaido in the north to Okinawa in the south, the ministry said in a press release.

Tensions in the Sea of ​​Japan

Meanwhile, at least two Chinese warships and a supply ship were sighted on Tuesday in the Izu Islands, some 500 kilometers south of the capital Tokyo. One of those ships appeared to be the Lhasa, a Type 55 guided-missile destroyer and one of China’s most powerful surface ships.

The ministry said the group has been operating in waters near Japan since June 12. The Russian Navy destroyer Admiral Panteleyev is seen in this image released by the Japanese Ministry of Defense.

“This is an obvious show of force by both Russia and China,” said James Brown, an associate professor of political science at Temple University in Tokyo.

“These activities are a great concern for Japan. Not least, tracking the movements of Russian and Chinese military forces is a drain on the resources of the Japan Self-Defense Forces.”

Tokyo did not claim that the Russian and Chinese naval groups were coordinating their actions, as they did last October when a total of 10 Russian and Chinese warships jointly participated in exercises circumnavigating much of the Japanese archipelago.

China, Russia conduct air patrols over the Sea of ​​Japan

More recently, when Japanese Prime Minister Fumio Kishida hosted a summit of the leaders of the United States, Australia and India in Tokyo, Chinese and Russian air forces conducted joint strategic air patrols over the Sea of ​​Japan, the Sea of East China and the western Pacific Ocean, in what the Chinese Defense Ministry called part of an annual plan for military cooperation.

Brown said Kishida’s hosting of such a summit was just one reason Beijing would want to show its displeasure with Tokyo. “Beijing has been angered by Japanese statements about Taiwan’s security, which the Chinese Communist Party considers an internal matter,” Brown said.

In fact, it was at the Tokyo summit that President Joe Biden said that the United States would intervene militarily if China tries to take Taiwan by force. The White House later retracted that comment, but the US maintains a powerful military presence in Japan, troops that could come into play in any conflict over Taiwan.

Taiwan and mainland China have been governed separately since defeated nationalists retreated to the island at the end of China’s civil war more than 70 years ago. But China’s ruling Chinese Communist Party sees the self-ruled island as part of its territory, even though it has never controlled it.

As we have mentioned in AmericanPost.NewsBeijing has not ruled out military force to take Taiwan, and Japan sees the conflict in the Taiwan Strait as a threat to its security.

Meanwhile, Moscow has bristled at Tokyo’s support for Ukraine after Russian forces invaded its European neighbor nearly four months ago, Brown said. That support has included the imposition of sanctions on Moscow and the expulsion of Russian diplomats.

“Russia therefore wishes to use its military power to intimidate Japan in the hope that this will dissuade Tokyo from imposing further such measures,” Brown said.

Brown described the fact that this week’s naval actions by Russia and China did not appear to be coordinated as a “silver lining” for Tokyo. “Japan’s strategic nightmare is a genuine alliance between Russia and China,” he said.