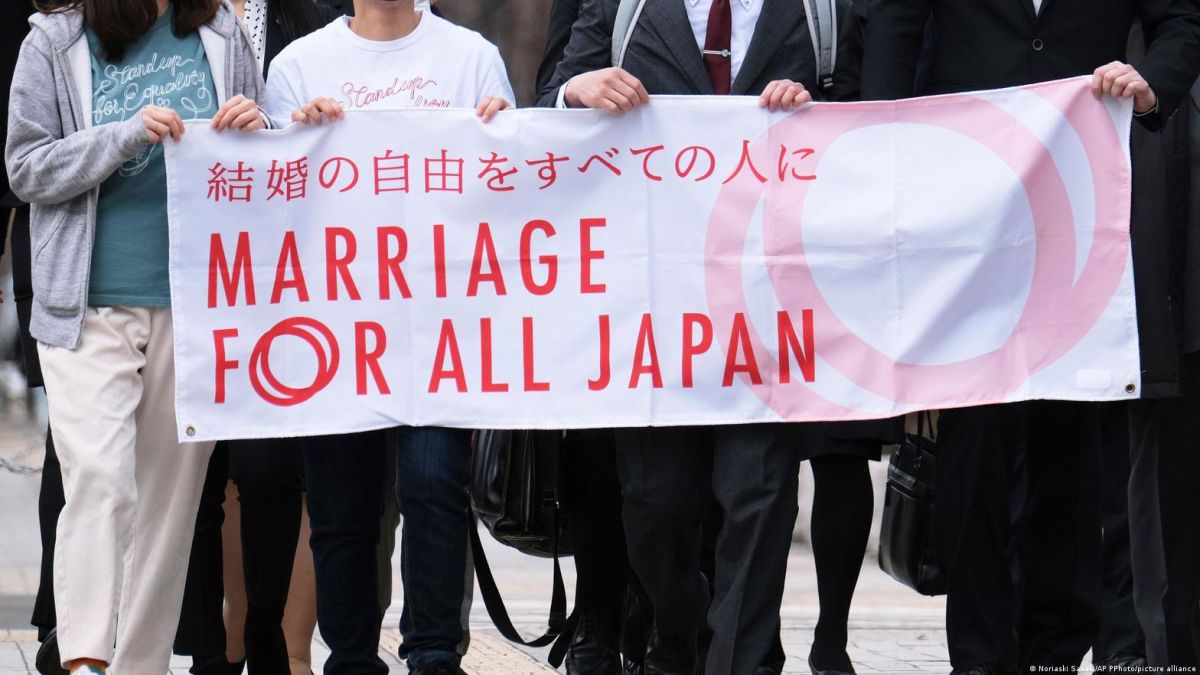 The ruling issued by the Osaka District Court, in the west of the country, says that “not allowing same-sex marriage does not violate the Constitution” and rejects the request for financial compensation of 1 million yen (about 7,000 euros ) per person to three couples from the Kansai region.

The claim of these couples was based on article 14 of the Japanese Constitution, which stipulates equality before the law and non-discrimination in political, economic or social relations for reasons of race, creed, sex, social status or origin.

However, the court pointed out that the Japanese Magna Carta does not recognize same-sex marriage based on article 24, which defines marriage “based solely on the mutual consent of both sexes”, understanding that it can only be between a male and a female.

The latter is the provision used by the Japanese government to resist the legalization of homosexual marriage.

The decision of this Monday (06.20.2022) represents a setback for the rights of these couples, after the Sapporo District Court (north) declared in March 2021 the Executive’s position as unconstitutional, which it defined as “a discriminatory treatment without rational basis”.

At that time, three couples from the region decided to file the lawsuit after trying to register as married couples and being rejected on the grounds that same-sex marriages do not have legal status in the country.

Despite acknowledging the unconstitutionality of that interpretation, the Sapporo court also rejected the plaintiffs’ request for compensation from the State for the psychological damage caused by their reluctance to amend the law to legalize their marriages.

In addition to the class action lawsuits filed in Sapporo and Osaka, three other similar complaints were filed in Tokyo (east), Nagoya (center) and Fukuoka (southwest), which are still pending resolution.