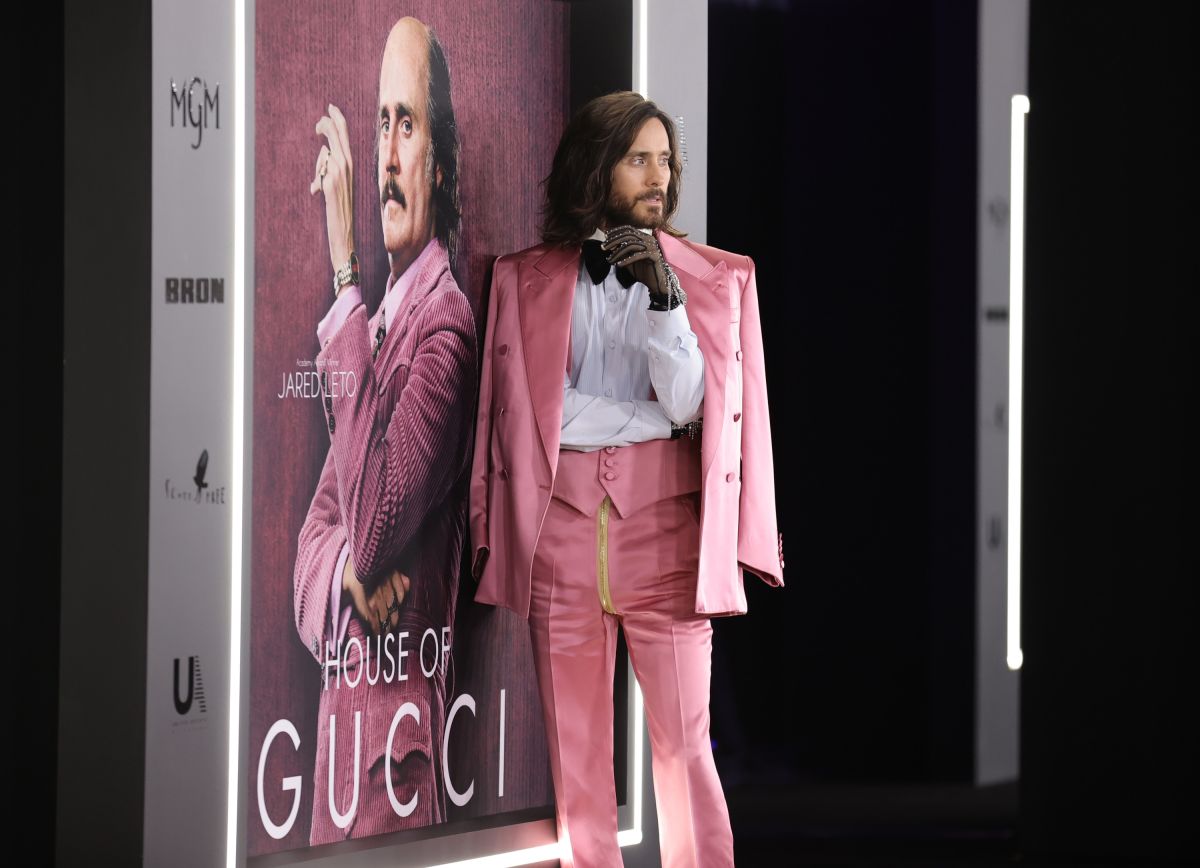 ‘House Of Gucci’ could be released in cinemas last Wednesday, November 24 and much of the critics praised the second film by the British director Ridley scott, putting this film production in the first place of the podium to win multiple awards in the next season of the Oscar.

After his failure with the film ‘The Last Duel’, the acclaimed screenwriter was able to provide viewers with a great story full of mystery, betrayal, greed and heartbreak emanating from the famous luxury brand. On the other hand, the entire star-worthy cast was able to stand out with their admirable performances, a qualm that was spearheaded first by Lady Gaga, Adam Driver, Al Pacino, Jeremy irons, Salma Hayek and Jared Leto.

This last name caused a furor in social networks due to his unrecognizable physical change to be able to play Paolo Gucci, one of the sons of Aldo Gucci, a character played by Al Pacino. To be able to play Paolo, Jared Leto had to learn to speak Italian, receive a few doses of makeup and completely lose your physical form. It is not the first time that the actor and singer has to make drastic changes in his body, but without a doubt this has been the most notorious in his career.

“Bringing Paolo to life was like pulling a bowling ball out of my sphincter. I keep saying my butt was shaking like two little chicken bones on that set. It was a very physical performance. “

Likewise, Jared Leto, who will also play Michael Morbius in the Sony and Marvel Studios film ‘Morbius’, expressed the following regarding his preparation to play Paolo Gucci.

“I did it all. I was inhaling lines of arrabbiata sauce in the middle of this movie. He had olive oil for blood. This was a deep dive that I did. If you took a biopsy of my skin, it would come back as Parmesan cheese! This is my love letter to Italy. There was a lot of work and preparation, and yes, I had an Italian accent and I enjoyed it and accepted it, and lived in that space as much as I could. I climbed into that creative cave and came out through the entrails and intestines to the esophagus of the only Paolo gucci“, He finished.

From its five days of premiere on the big screen, House Of Gucci ‘managed to raise $ 21.8 million. Can he get one or more gold statuettes at the Oscars? Only time will tell.