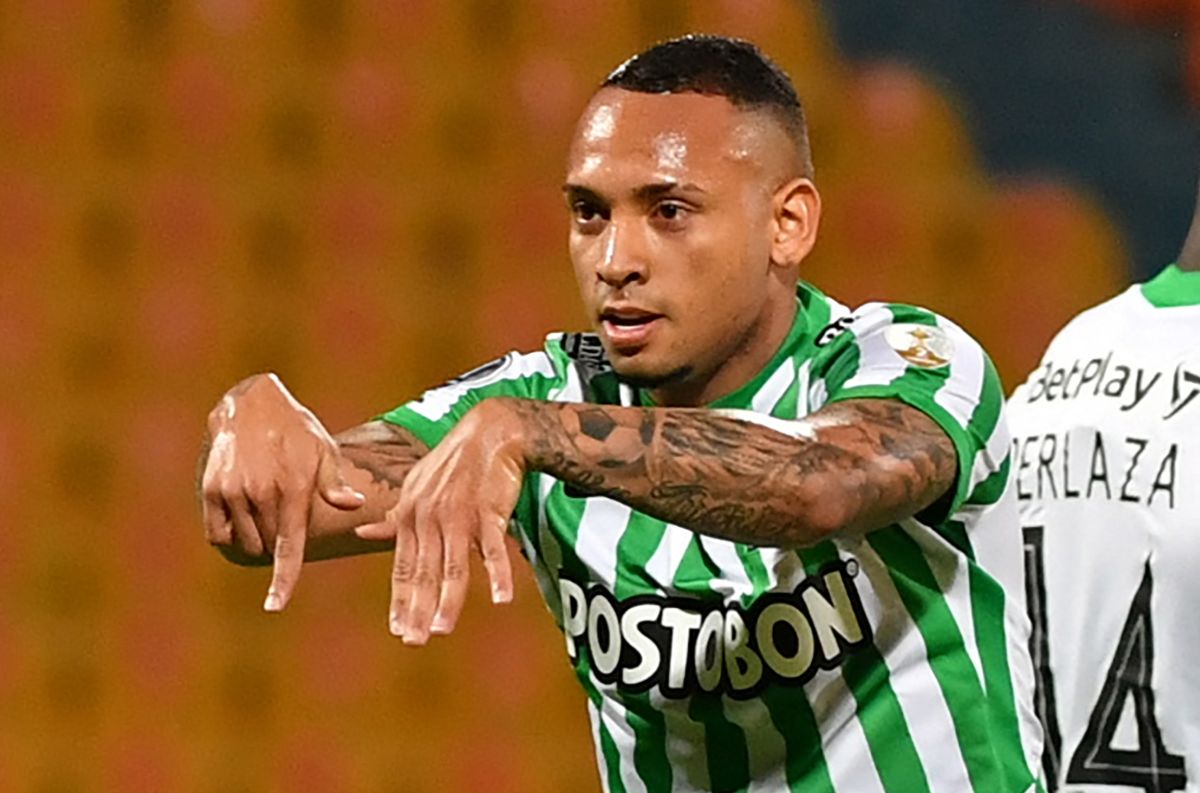 Jarlan Barrera, Colombian footballer, was publicly denounced by his wife, Ana Maria Hernandez, who in networks and visibly affected by the situation, said that the Atlético Nacional attacker prevented her and her son from entering her home, in an apparent act of revenge.

“I’m here with my son and I just arrived and they tell me I can’t go in because Mr. Jarlan Barrera forbade me,” The girl pointed out, adding that Barrera had told the building administration not to let her or the child pass.

Do you leave your own son on the street?Hernández asked with indignation, who thinks he knows why Barrera did this: in revenge because she does not let him see the child. However, this is also argued by the young woman, who although she admits that sometimes the footballer buys her son clothes, he is not usually present or collaborate with his maintenance.

They are both in the middle of divorce proceedings, but are still legally married. Jarlan Barrera has not commented on this controversy.