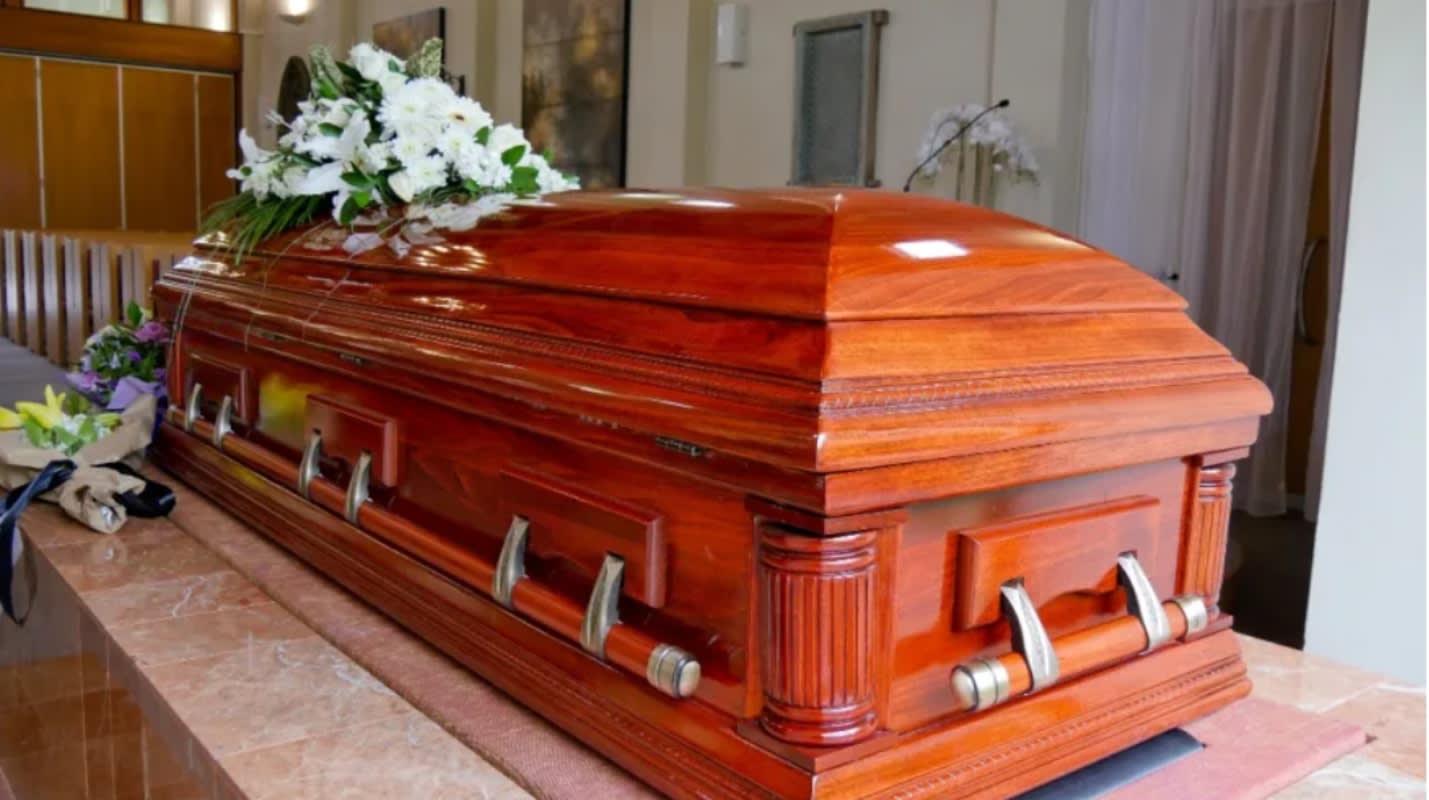 They regret the loss: The world of music is in mourning after the death of a great colleague of the Liberación Group, the musician Refugio Javier Carmona Olvedo, also known as “Kukin”, fans and friends remember one of the greatest musicians from Mexico.

It was this August 6 when the death of one of the most emblematic artists of Mexican music was announced, Mr. Refugio Javier Carmona Olvedo, who is remembered by family and followers as “one of the greatest musicians who has given the state of Nuevo León ”.

The death of Refugio Javier Kukin Carmona is confirmed

Through the official Instagram account of the Liberación Group, they made known to their more than 70 thousand followers that Mr. Refugio Javier Carmona Olvedo, also nicknamed “Kukin” had just died on August 6, causing his thousands of followers join in prayers for your family.

In the photograph it is possible to observe Mr. “Kukin” playing an electric guitar, while the image was in black and white accompanied by a black ribbon, in it the following message could be read: “We accompany from the heart and we join the grief that seizes the family of our friends Refugio Javier “Kukin” Carmona Olveda for his sensitive death ”.

They mourn the death of the musician Refugio Javier Kukin Carmona

On the other hand, the group’s Instagram account wrote a short description of who this musician was, who is fired today after his death: “With great sadness in our hearts we deeply regret the death of our dear friend, maestro Kukin Carmona” .

“One of the best musicians in Mexico”: they mourn the death of Mr. Kukin Carmona, partner of the Liberación Group

The account also commented on his role within the Mexican group: “Kukin worked on some of our musical productions, and over so many years we formed an incredible friendship. Your departure hurts us a lot, and you don’t know how much we are going to miss you ”.

“Rest in peace, Mr. Kukin Carmona”: they mourn the death of the musician, a colleague of the Liberation Group

To end this farewell message, after the death of the musician Refugio Javier Carmona Olvedo, also nicknamed “Kukin”, the Liberación Group sent the following message to his relatives: “For Charly, Jake, Caro, Mrs. Myrna, and all her family, we send you our sincerest condolences, we are with you asking for the eternal rest of Kukin. Rest in Peace, Kukin Carmona ”.

This news generated endless comments, where followers and fans of this musician sent condolences to all his relatives and remembered the great productions and songs that Mr. Kukin Carmona made with the Liberación Group, commenting that they were undoubtedly going to miss him.

Faced with this unfortunate news, which announced the unfortunate death of the Mexican musician and producer, Refugio Javier Carmona Olvedo, also nicknamed “Kukin” and a great companion of the Liberación Group, his followers did not want to be left behind and sent condolences to their families and friends.

Before the unfortunate death of the musician “Kukin” Carmona was made known, the Liberación Group was already going through another painful loss since it was in April when the death of the musicians Gilberto Valenzuela and Julio Ramírez Rueda was announced, as well as from the famous pioneer of cooking shows Chepina Peralta… now, Bronco and Grupo Liberación are dressed in mourning after the death of Federico ‘Kiko’ Garza.

Through his Instagram account, Bronco announced the fateful news that they are in mourning and sent condolences to the family of the founder of ‘Los Garza de Sabinas’: “Today a great friend left us, he beat us on the road Federico “Kiko” Garza, founder and director of the Garza de Sabinas, we join in the grief that seizes family and friends ”.

Bronco offered his condolences after the death of Federico ‘Kiko’ Garza

The portal ‘Saps Grupero’ in charge of reporting news about the world of regional Mexican music, reported that on the afternoon of April 6, the death of Federico ‘Kiko’ Garza was reported, who was well known in the field of Chicano music. , as he was the founder and vocalist of ‘Los Garza de Sabinas’.

Condolences rained down to the Bronco publication: “Rest in peace, fly high”, “How sad RIP”, “Give peace and strength to your family”, “A very strong hug for your family and for the of the group that God give them consolation ”, but also the Liberation Group would manifest itself. Filed Under: Death of Mexican musician Refugio Javier Kukin Carmona confirmed

While Bronco announced in an Instagram photograph about the news of the death of the vocalist musician and founder of Los Garza de Sabinas, the Liberación Group did the same with a respectful way of sending condolences to their colleagues and fans:

“On behalf of all of us who make up Liberación, we send our most sincere condolences to the entire Garza family, for the irreparable loss of our good friend Federico“ Kiko ”Garza. Our prayers are with you asking for your eternal rest. Rest in Peace Kiko ”, they wrote. Filed Under: Death of Mexican musician Refugio Javier Kukin Carmona confirmed

Bronco and Grupo Liberación mourned the death of their musical colleague

In addition to the description in the photograph where Federico ‘Kiko’ Garza appeared with his dessert from Los Garza de Sabinas, the Liberación Group wrote more words: “We accompany from the heart and we unite with the grief that the family and fans of our beloved friend. On behalf of his friends from Grupo Liberación, we send our most sincere condolences wishing comfort and prompt resignation to all his family, colleagues and friends ”.

The comments for the Liberation Group and the family of Federico ‘Kiko’ Garza, were present: “My deepest condolences to the family and colleagues of the group may God give them a lot of strength and resignation”, “MAY REST IN PEACE AND MAY GOD HAVE IT IN YOUR HOLY GLORY MY DEAREST CONGRATULATIONS AND PROMPT RESIGNATION FOR THE WHOLE FAMILY AND FRIENDS ”. Filed Under: Death of Mexican musician Refugio Javier Kukin Carmona confirmed

In addition to the condolences of Bronco and Grupo Liberación, the musical band ‘El Plan’ expressed their feelings for the departure of Federico ‘Kiko’ Garza: “We deeply regret the death of maestro Garza, founder and director of the Garza de Sabinas, without doubt one of the great references of Chicano music “.

And it is that unfortunately they have been complicated days for the artistic world because since last weekend the death of the musician Gilberto Valenzuela has been reported as a result of a fall, then the pioneer of the kitchen in the tv programs, Chepina Peralta, later the death of Julio Ramírez Rueda and also the father of the singer Carlos Vives. Filed Under: Death of Mexican musician Refugio Javier Kukin Carmona confirmed