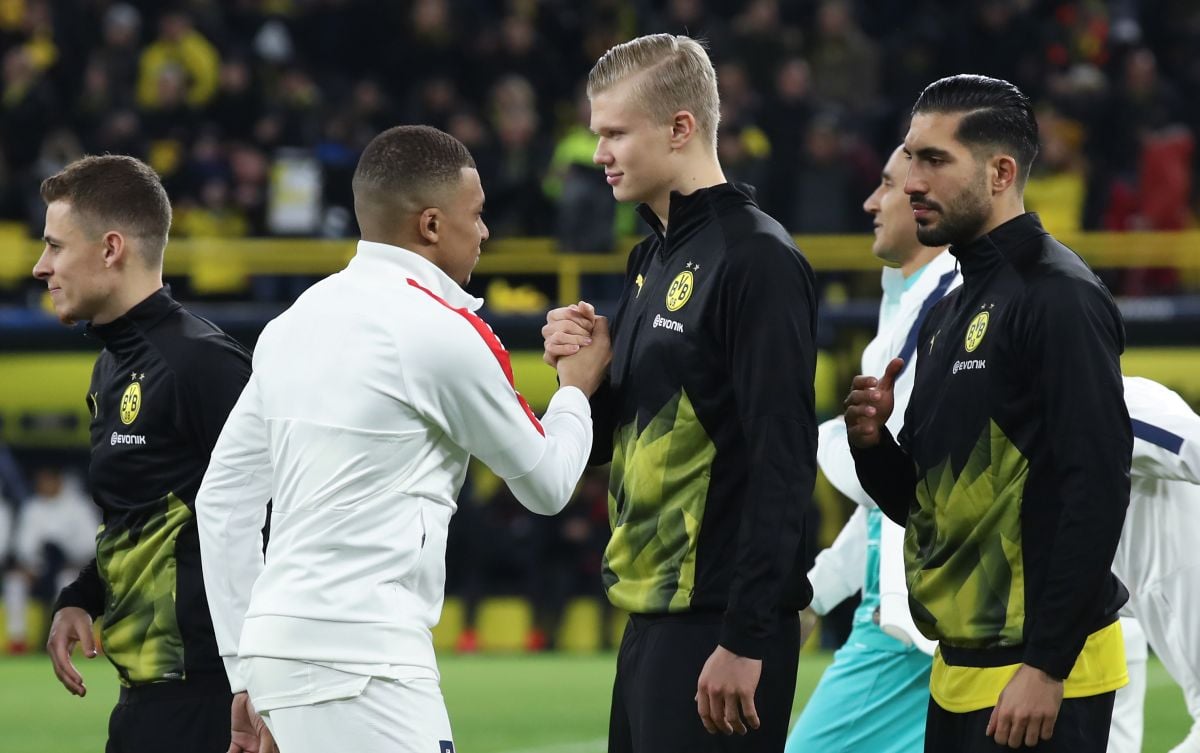 During an interview granted to ‘Telemadrid’, the president of LaLiga, Javier Tebas stated that Real Madrid has enough economic power to sign Kylian Mbappé and Erling Haaland “next year” referring to the for the next season.

Tebas joined the people interested in the possible departure of the French striker from Paris Saint-Germain (PSG) at the end of the current campaign, and he hopes that his destiny is Real Madrid, because he considers that a player of his stature would give even more quality to the Spanish tournament.

“It’s not just now, Mbappé is among the two or three best players in the world. Hopefully, next year, he will be in the ranks of Real Madrid and, therefore, of the Spanish League and, with this level of professional demand, he is giving everything until the last minute”, the president of LaLiga told ‘Telemadrid ‘.

For his part, Tebas referred to the other star striker of the moment, the Norwegian Erling Haaland, who will surely leave Borussia Dortmund in summer and pointed out that he also hopes that he can reach the Spanish contest.

Although the international with the Norwegian national team is also wanted by FC Barcelona, ​​the manager omitted this and only referred to the ‘merengue’ team as a possible destination for the player. “Madrid also has for Haaland and I would like him to come to the Spanish League. He is a totally different player to Mbappé”, he said.

In turn, Tebas let it be known that the Madrid president, Florentino Pérez, is going to uncover “the jar of essences”, for which he warned that “We are going to see a Real Madrid that we had not seen for years”.

Regarding the possible realization of the Superliga, the president of Spanish football assured that carrying out such a tournament would attack the leagues of the different countries and would cause a reduction in the annual income of each of them.

“The Super League? Right now, the hearing for precautionary measures has been delayed until March 6. It is a project totally against the national leagues and, as it is designed, would mean about 1.9 billion euros ($2.15 billion) less per season that would take us to a football totally different from the current one”, he sentenced.

Also read:
– CEO of Borussia Dortmund: “I only know for sure that Real Madrid has a great interest in Erling Haaland”
– President of France would have personally asked Kylian Mbappé to stay at PSG