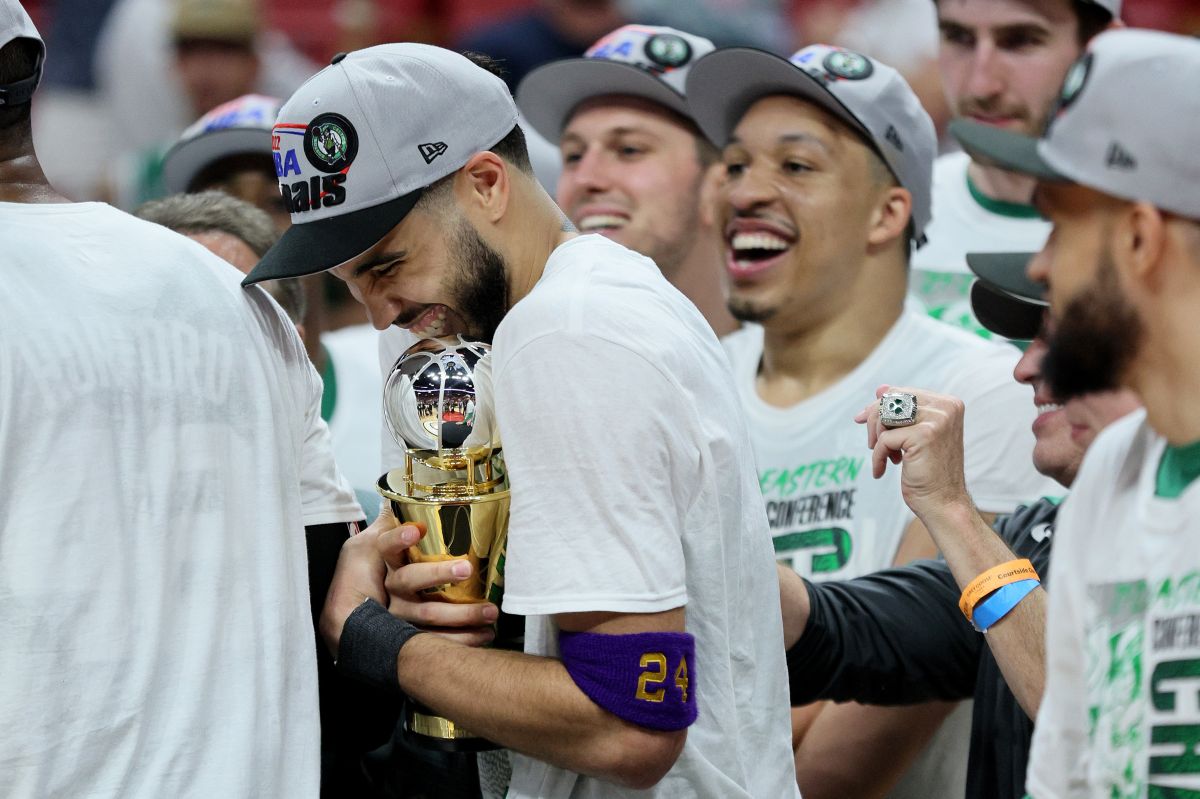 the star of Boston Celtics Jayson Tatumwon his first championship Eastern Conference after beating in the seventh game Miami Heat. However, that was not the only striking thing, but the 24-year-old forward paid tribute to the historic Kobe Bryant at all times, after wearing a gold and purple wristband with the number 24 to commend himself to the one who was the image of Los Angeles Lakers.

Also, the Most valuable Player of the series before Heat became the first player to win the named award as of this season “Larry Bird” who at the time was the star of the Boston Celtics.

Tatum, is known mainly for his enormous talent to play basketball, but also for having been one of the pupils of Kobe Bryant. In fact, many dare to say that he has everything to emulate the immortal of this sport and who trained him in his beginnings on the court. Likewise, the 24-year-old forward also published a text message to the former player of Los Angeles Lakers what did he say: I have the day for you and an emoji crossing my fingers.

“In a seventh game. He means a lot to me. I wanted to show my appreciation for him in the biggest game of my career so far“Jason Tatum commented to the press about his tribute to Kobe Bryant.

At the end of the engagement Tatum he finished with 26 points scored with six assists and ten rebounds; a double double enough to carry boston celtics to a new final in its history, after beating Miami Heat 100 to 96.

“It is a great honor, it is the fourth time that the group has come here and my third. We have gotten out of trouble, and not many gave a penny for us. I’m proud. We’ve taken the hard road, but it’s worked.” Tatum finished

In this way, Tatum will now look for his first championship ring that will finally place him as one of the best in this sport and more so when he will have to face Golden State, team of Stephen Curry.

to get the title, boston celtics will be surpassing again Los Angeles Lakers with 18 champion trophies throughout the history of this sport. The first game will take place next Thursday at the home of the Californians.

Humiliation in Brooklyn: The Nets fall to the Celtics and say goodbye to the NBA season with an avalanche of Memes [Video]