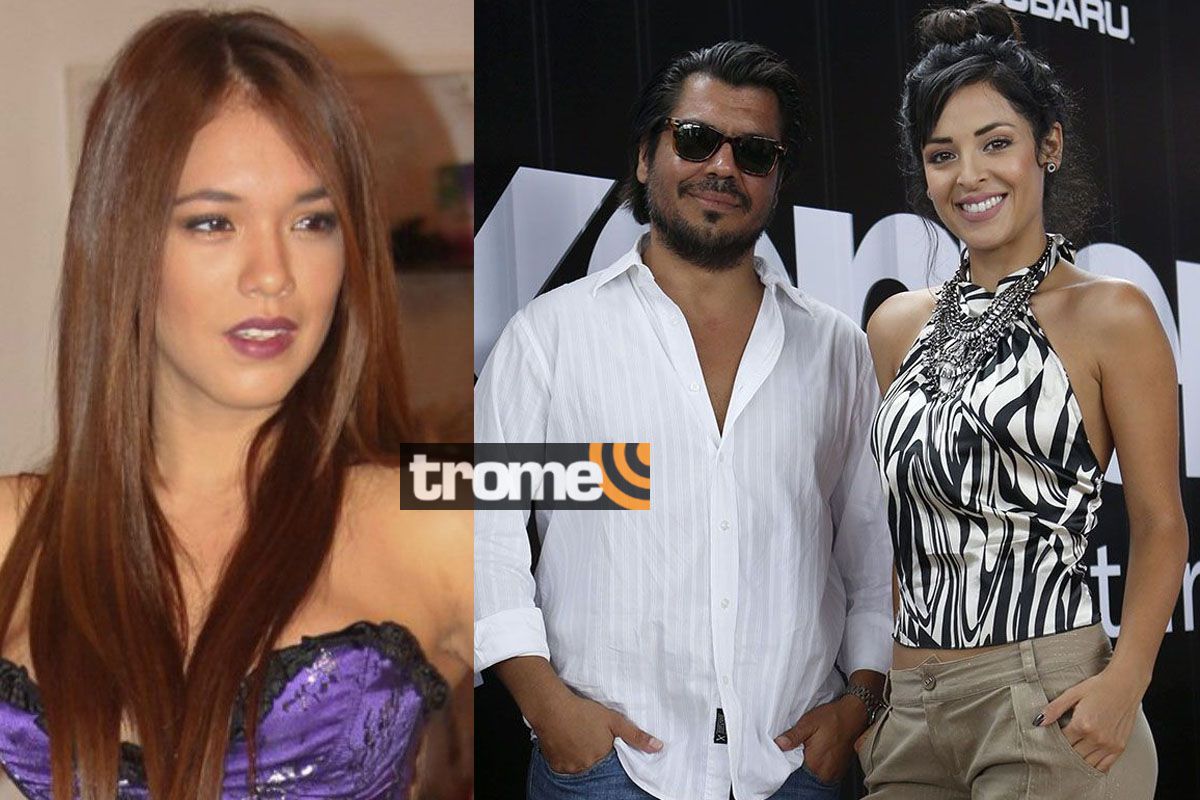 STRONG. The popular ‘chinita’ Jasmine Pinedo He was this morning at the conduction of ‘América Espectáculos’, where he spoke about the failed romances that 2021 left, including that of Andrea Luna Y Pietro Sibille. The model revealed an unfortunate anecdote with the ex-partner and indirectly agreed with Andrea. What did he say?

ALSO READ: Mario Irivarren loses the roles with the dance of Vania and Zumba: “Go to the … they have me recording 3 hours ago”

Brunella Horna was also a panelist in the show block when Jazmín Pinedo made a revelation about the love relationship that Andrea Luna and Pietro had, long before the accusations of infidelity and physical abuse were known.

“The truth was I saw it coming, I met once in a clothing store and I already saw the future, what Reinaldo Dos Santos, Jazmín Pinedo”, He began by saying ‘la chinita’ about the separation of the well-known actors.

As he explained, Andrea Luna would have lived hard moments with Pietro Sibille, from what the television host could perceive when they met in a public place.

“I was in a clothing store shopping and I ran into her, I said wao, I’m not going to explain the situation, it doesn’t make sense, but the situation was shocking and complicated for her, but everything happens for something better”revealed.

About, Brunella Horna was surprised by what she said Jasmine Pinedo and he stressed to the viewers that nobody knows what happens in four walls, because not everything is ‘rosy’ as in social networks.

“Nobody knows about anyone, maybe in social networks and on television they can be such a beautiful couple, but behind, at home how are they,” he said.

ALSO READ: Who is Ale Venturo, the pastry chef and ex-partner of Ernesto Jiménez who would have conquered the ‘Gato’ Cuba?

WHAT HAPPENED TO ANDREA LUNA AND PIETRO SIBILLE?

Months after Magaly TV La Firme released an ampay by Andrea Luna and Andrés Wiese, the actor Pietro Sibille decided to break his silence and speak for the first time on his social networks. The artist had strong words against his ex-partner, whom he described as unfaithful, however, hours later he repented and deleted the publication. But this was too late.

In the same style, Andrea Luna responded to Pietro and accused him of physical and psychological violence after several years of romantic relationship. Immediately, the model had the support of her fans.

“I woke up to the news that Pietro Sibille (who is surely drunk and mistreating someone) said that I supposedmind I was unfaithful. This is completely untrue. I was trying to get out of this toxic relationship for years where I was physically and psychologically abused. I was blackmailed into following a relationship that had no head or tail, where this man told me that if I did not continue with him he would commit suicide. Where he came to my house completely drunk yelling at me that I am nothing and no one and that I must thank him for all that I am because he is the best actor in the world “, he pointed out, generating the support of all his followers.