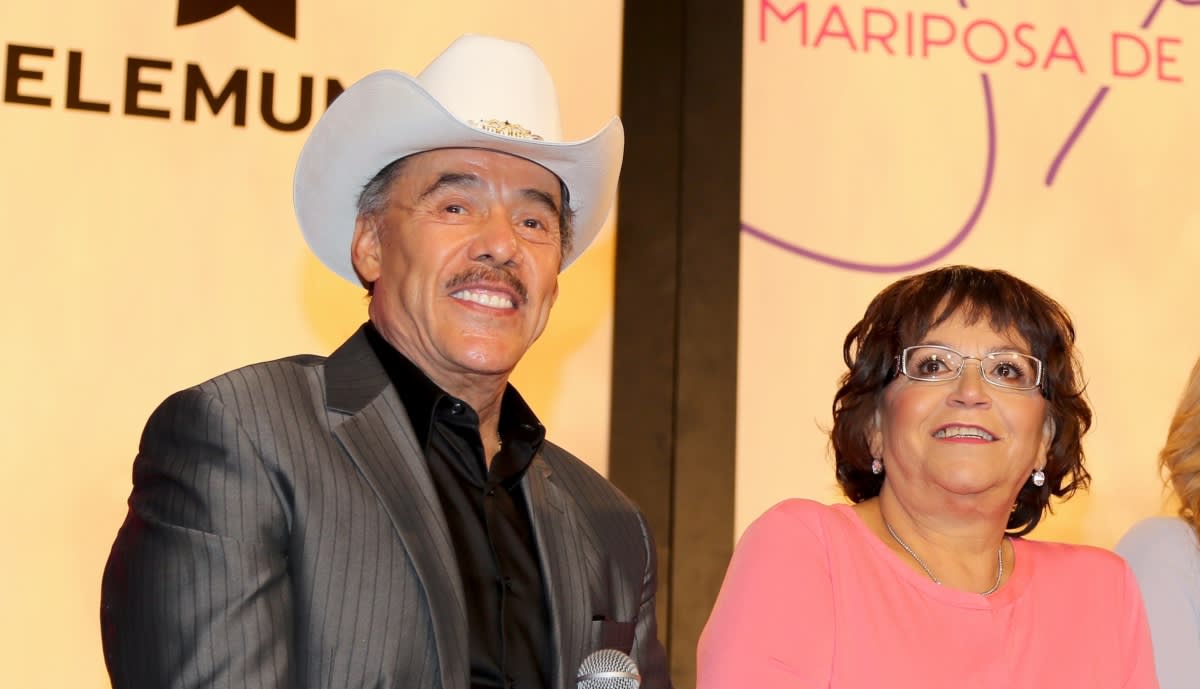 Mrs. Rosa marries Pedro Rivera. After having announced their separation several years ago, when Jenni Rivera was still living, her parents Mrs. Rosa and Don Pedro Rivera have recently appeared very close together in the videos of the mother of the Diva de la Banda on social networks. Many are excited about a possible reconciliation but a confession would end all this.

It was through her Instagram account that Mrs. Rosa shares a video of her traditional cuisine where she teaches Internet users how to make delicious dishes. In the last recordings Don Pedro Rivera has appeared with her, where it could be believed that there could be a reconciliation.

It should be remembered that Jenni Rivera’s parents divorced after “The Great Lady” discovered that her then husband had been unfaithful to her with another woman, with whom she had a child, although, a few weeks to date, they have been seen very close together. Could it be that they want to rekindle the flame of love?

In her publications, the mother of the deceased singer Jenni Rivera has thrown different hints about Don Pedro where she refers to a mockery. Many wonder if he does it out of hatred or is it just part of the show, but the fact is that the father of the Diva de la Banda has given joy to Doña Rosa’s videos.

In one of her latest cooking videos where she shows how to make dishes for the family, Mrs. Rosa, Jenni’s mother, makes an unexpected confession right in Don Pedro’s face. It turns out that she mentions that a man, did not mention the name or who he is, wants to marry her.

Few expected these words from the lady, even Pedro Rivera who was at the right moment when he revealed his secret: “There is a man who wants to marry me, but I don’t want to”, were the words of Mrs. Rosa before the astonished look of her ex-husband.

After having said that there is a subject who wants to get engaged to Mrs. Rosa, the guest on his video on that occasion asked him why Jenni’s mother did not want to marry Mr. Immediately Don Pedro jokingly replied the following: “He is waiting for me.”

The answer of the father of “The great lady”, provoked the mockery of Mrs. Rosa, who began to laugh out loud, even Don Pedro also began to laugh after saying that she was waiting for him to commit again. But everything seems to be a joke to liven up the atmosphere.

Mrs. Rosa marries Pedro Rivera: “I would like to see you together again”

The followers began to leave their opinions about these words of both celebrities, where they talked about marriage. Many supported Doña Rosa and others think that if they should return: “I love both of them making me laugh the Riveras masters ”, said one user.

“I loved your laugh, that flea no longer jumps on its mat, doña Rosa”, “I know that Doña Rosa and Don Pedro have their lives apart but … together they are beautiful! They fascinate me when they tell their stories from the past, how he looks at her sometimes and she blushes! And don’t criticize me but how I would like to see you together again! ”Were some comments.

“Doña Rosa, you make my day, tell her that it is better alone than in bad company “,” The laugh said it all “,” That is why Don Pedro asks for your alms, but it will not be done to him “,” Tell him Doña Rosa, back or to gain momentum ”,“ very good joke… don’t get married Rosa… you live happily single ”.

“Oh, doña Rosa, I was already infected with that Laughter ”,“ Don Pedro dreams. Hope is the last thing that dies “,” they say that between jokes the truth appears, as I enjoy them when they are together “,” Your ex passes. You are so beautiful, you deserve the best ”,“ Where love was ashes are left ”, the messages continued. (TO WATCH THE VIDEO CLICK HERE)

Mrs. Rosa marries Pedro Rivera: Will there be reconciliation?

Will they be back soon? Mrs. Rosa says that Don Pedro Rivera has no one to heat his tortillas in a video of a few seconds that is available on his official YouTube channel, where he has 120 thousand subscribers. In the first place, you can see Don Pedro Rivera ask: “What do you eat this with, Rosa Amelia?”, To which his ex-wife did not hesitate to reply: “With tortillas, but I didn’t put them, while you eat it pure ”. The reaction of the music producer was immediate.

“Well, don’t you have a wife to warm you … tortillas?” Mrs. Rosa asked now to the surprise of Don Pedro, to whom she asked the same question. Now, the singer also asked to be served “chilito”. You can see that there is a very good relationship between the two.

They show their support

It did not take long for followers of Jenni Rivera’s mother to react to this video, which to date has more than 20 thousand views a little more than a day after its publication: “You can tell she longs for the good times with you, lady Rosa, you can see it in her face, hahaha, if the Don is looking good ”.

For his part, another person did not hesitate to comment on the following: “I think he was touched by a very lazy woman who does not heat him or the tortillas, much less make him eat !!!, but he wanted her young. Right? “While someone else said,” I love them. Thank you, Doña Rosa, for teaching me that you can forgive ”. Filed Under: Mrs. Rosa marries Pedro Rivera

“Jenni would be so happy”

Although it was learned that, after Don Pedro Rivera’s infidelity was discovered, Jenni showed her support for her mother and even suggested that she divorce him, a follower expressed herself like this when watching this video: “Hopefully one day, Don Pedro, after all, get together. Jenni would be so happy and they would give us all great joy and life teaching ”.

“I remind you that it was not Don Pedro who left Doña Rosa, if not the other way around, the doña was already fed up with the man. You can see that he was a womanizer, bossy and elbow “,” This man always goes to eat with his ex-wife. It is seen that he misses the rich food and family. He made a mistake in leaving her. The new wife looks very silly. It has nothing at all ”, you can read in more comments. Filed Under: Mrs. Rosa marries Pedro Rivera

“How nice that they can live together”

“They make me laugh with their conversations”, “I love her, ma’am, she is wonderful, God bless me always”, “How they amuse me, how nice that they can coexist”, were the messages that more followers of Mrs. Rosa Rivera wrote.

On the other hand, someone ‘went with everything’ to Don Pedro Rivera: “I would even have thrown the boiling soup plate at that old scoundrel”, while someone else asked: “And what do you want, that I treat him like king after what he did to him? I wouldn’t even talk to him. ” Filed Under: Mrs. Rosa marries Pedro Rivera

“You see that the lady is dying for the Lord”

On different occasions, Don Pedro Rivera has been seen ‘hanging around’ his ex-wife’s kitchen, so it doesn’t sound unreasonable for them to resume their relationship: they are together for work and more for money, so the lady does not have any false illusions about the man ”.

For his part, someone else commented: “Poor woman, it is humiliating knowing that he has another wife and she laughs and laughs, but out of anger, because he does not pay attention to her as she wants.” “Neither of you are ashamed !!! She for serving him and he for being married !!! What can you expect from this family ”, said one user (TO WATCH THE VIDEO CLICK HERE). Filed Under: Mrs. Rosa marries Pedro Rivera