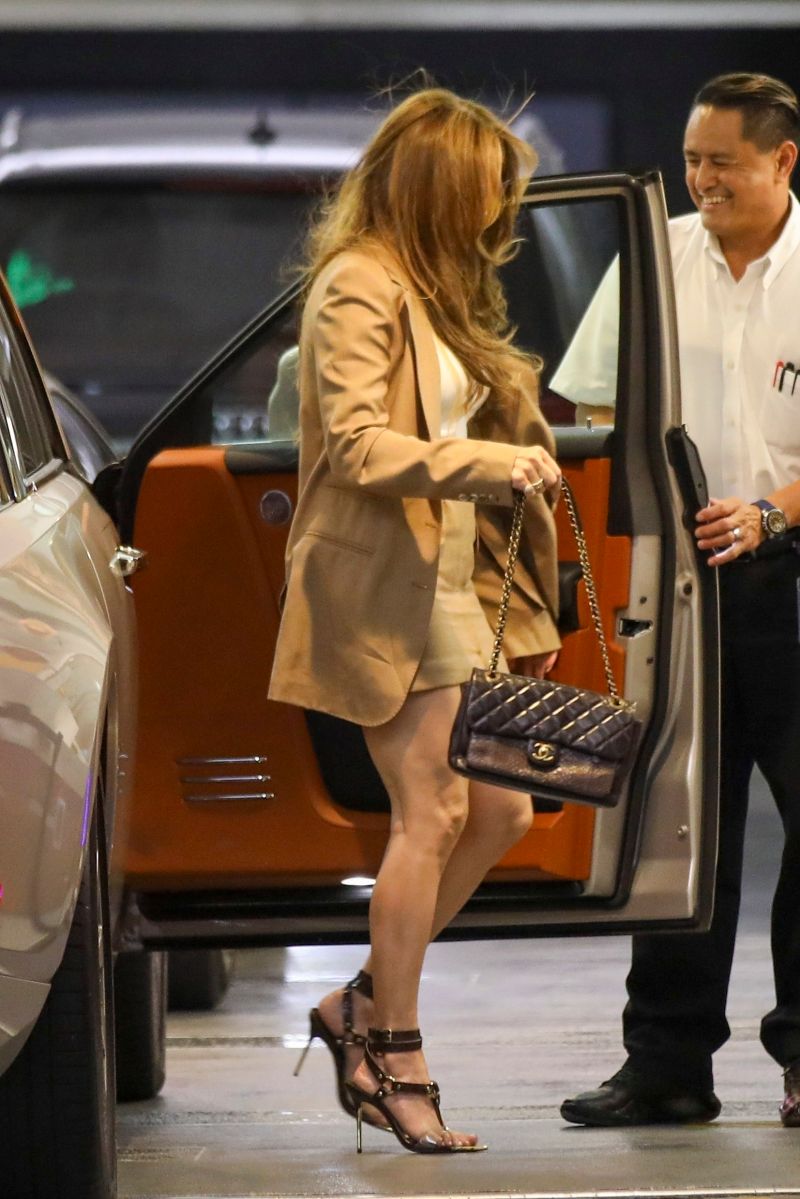 It seems that Jennifer Lopez is in Beverly Hills. The paparazzi captured her arrival and when they saw her get out of the car they could not ignore that the singer arrived showing her fabulous legs, while showing off her black heels combined with a tan blazer. Ben Affleck’s wife has her offices in that city and apparently she came to hold important meetings.

The rest of the JLo outfit was combined with a bag from the luxury house Chanel. There is no doubt that the also named “Bronx diva” has a lot of style and with age her tastes have matured, to such an extent that she is currently one of the most fashionable celebrities in the entertainment industry.

Is Jennifer López one of the most influential women in fashion and style? Of course she is. So much is her power and her influence at this point, that even the Kardashian-Jenners have imitated her for years, her bodies are even a variation of what JLo imposed once she broke into the world of music and cinema.

Since Jennifer Lopez married Ben Affleck, the couple has not stopped being news. Everyone talks about her love and there are those who bet that the marriage will not last. While others affirm that by being with them you can see how much they really love each other and that they are also made to be together.

That is at least the conviction that the officiant who declared them husband and wife, Ryan Wolfe, has publicly expressed. In an interview with People, as reported by Showbiz, the lucky master of ceremonies has assured without any hesitation that the second relationship of the two lovers will last an eternity, since the complicity and affection that both projected in the so-called Little White Wedding Chapel did not it was comparable to the previous weddings he had officiated.

“Absolutely, the love they profess for each other was clearly seen. It shows that they really love each other and care about each other. I’ve probably officiated about 10,000 weddings to date, and I’ve reached a point where I feel very well those feelings. I can say that his is authentic and real. It was also very emotional, a special moment to share between them. It was real and obvious, of course“, he assured.