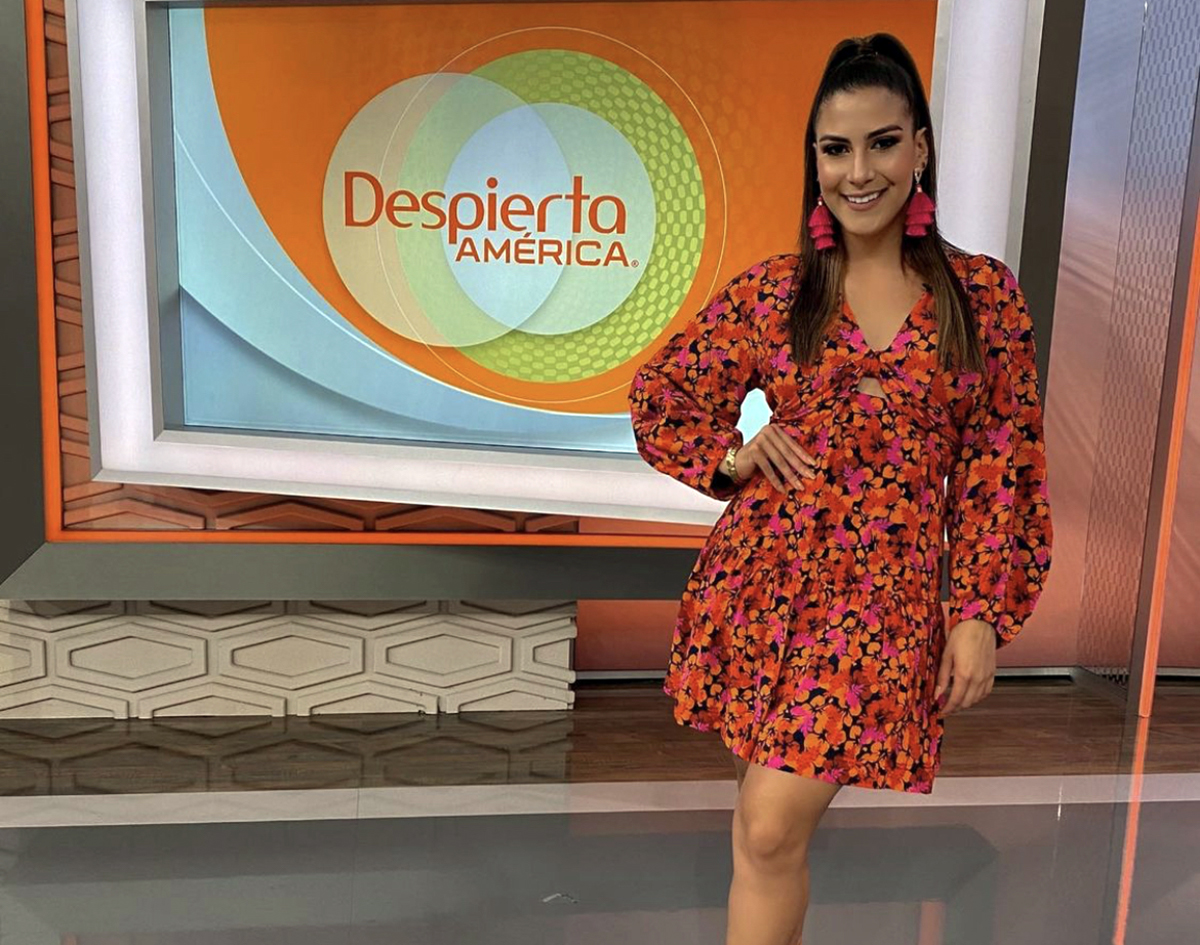 Jessica Rodriguez is the fresh face of the morning show. Few know that she arrived as an intern at Univision to host ‘Despierta America.’

Jessi, who is for the viewers the daughter, niece, sister, and friend they would like to have, before being the owner of ‘Revoltillo Digital,’ and now the guest host, came to the network as an intern 7 years ago when she was studying communications at the University of Miami.

With her charisma, thirst for learning, and freshness, she conquered her space from the bottom until she fulfilled her dream of being on the network’s number-one morning show.

Behind her eternal smile hides a story of struggle and sacrifice, like most immigrants. Although many think she was born in the United States or that she is Mexican because of her neutral accent and the love they have for her in the western part of the country, Jessi was born in Caracas, Venezuela, and arrived in Miami when she was ten years old, without knowing any English.

Her parents separated when she was very young. While her father traveled to the United States to pursue the American dream, she stayed in her native country with her mother, younger brother, and grandparents, who became second parents.

Once in the United States, her parents were reunited, something she had always dreamed of. So, after fulfilling that dream, she dedicated herself to the other one: her passion for the media for entertainment.

For several days now, in addition to her segment ‘El Revoltillo Digital,’ interviews with celebrities, coverage of awards or special events, and interviews on social networks, we see her as a presenter alongside Francisca Lachapel, Karla Martinez, Raul Gonzalez, Alan Tacher, and Carlos Calderon.

It is striking that, unlike what usually happens with the other celebrities who always have those anonymous reviews, all of them are positive, in the case of Rodriguez. What is her secret? Undoubtedly her preparation, her charisma, and the passion she puts in, because, unlike other millennials, she has not chosen the easy path of just having social network content but to study, work, and apply the secret of Victoria Alonso, president of Marvel Studios: never say no to work and do everything that no one wants to do.

We don’t know if this is a test or just a substitution, if she will remain the host of the Monday through Friday version or if we will soon see her on ‘Despierta America en Domingo,’ as she is undoubtedly the missing generation in the weekend family breakfast. For now, the public will continue to enjoy her in all her roles, including her new role as host of the ‘Casita más Feliz de la televisión Hispana.’