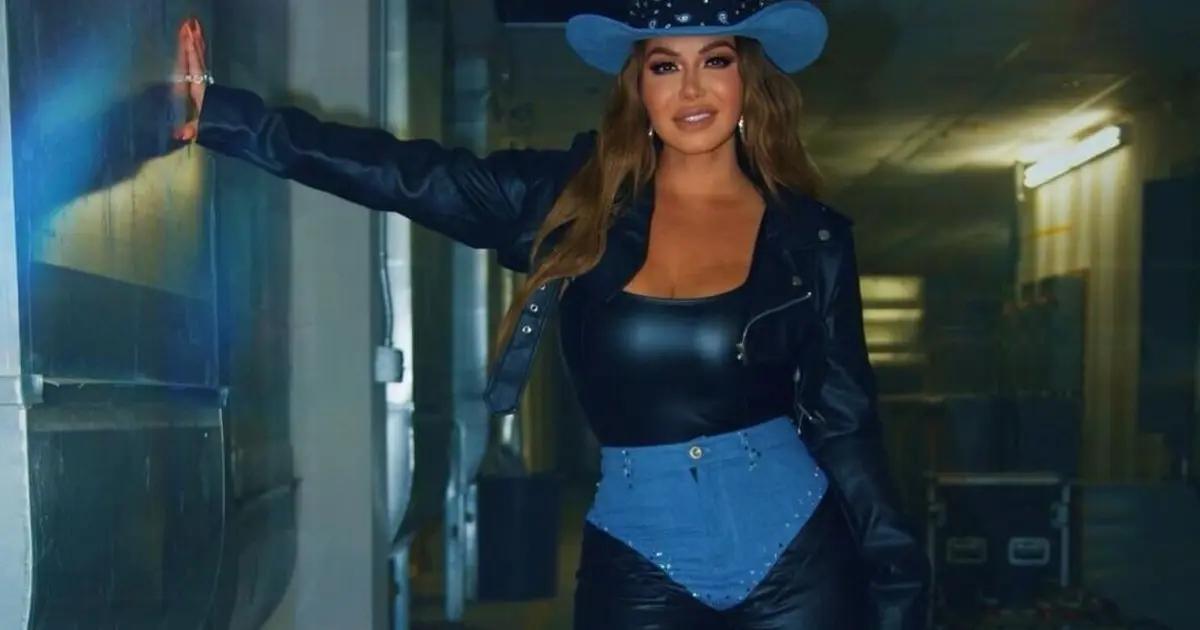 The singer Chiquis Rivera revealed to cybernauts a few months ago that she was recording a new song, but it would not be just any song, it would be a Christmas melody, the first in the artistic career of the American celebrity.

The title of the song is “Jingle Bells (Vamos all the Way)” the video was released on Thursday, November 10, and it has almost one million views, but she wanted to give this project all the touch that characterizes the artist and with a lot of rhythms she makes her followers dance to the rhythm of Christmas.

A day before it was released, the regional Mexican singer posted a video on her Instagram account, where she shows off the three outfits she wore in the clip, which lasts 2 minutes and 37 seconds, the theme is red with many ornaments that go with the season as if it were a party!

Chiquis Rivera delights with her voice and becomes a very danceable song, catchy, fun, like to play at the party you have with your family, drinking, eating, and spending quality time with the people around you, especially those who add to your life.

In promotion of the application “Chispa”, part of the dynamics of how it works can be seen in the audiovisual material, as it works as a dating application for Latinos, so in collaboration with them, they released this song and video.

The singer Chiquis Rivera dazzled her followers with the outfits she wore, which we have already talked about in a previous article, explaining in detail all the flirty garments she had shown, however her last outfit and look was a pleasant surprise for everyone in general.

Jenni Rivera’s eldest daughter wore a cute fringe, a style that had not been seen before but definitely suits her perfectly, not to mention, the daring transparent outfit with rhinestones, adjusting perfectly to her curvy silhouette.