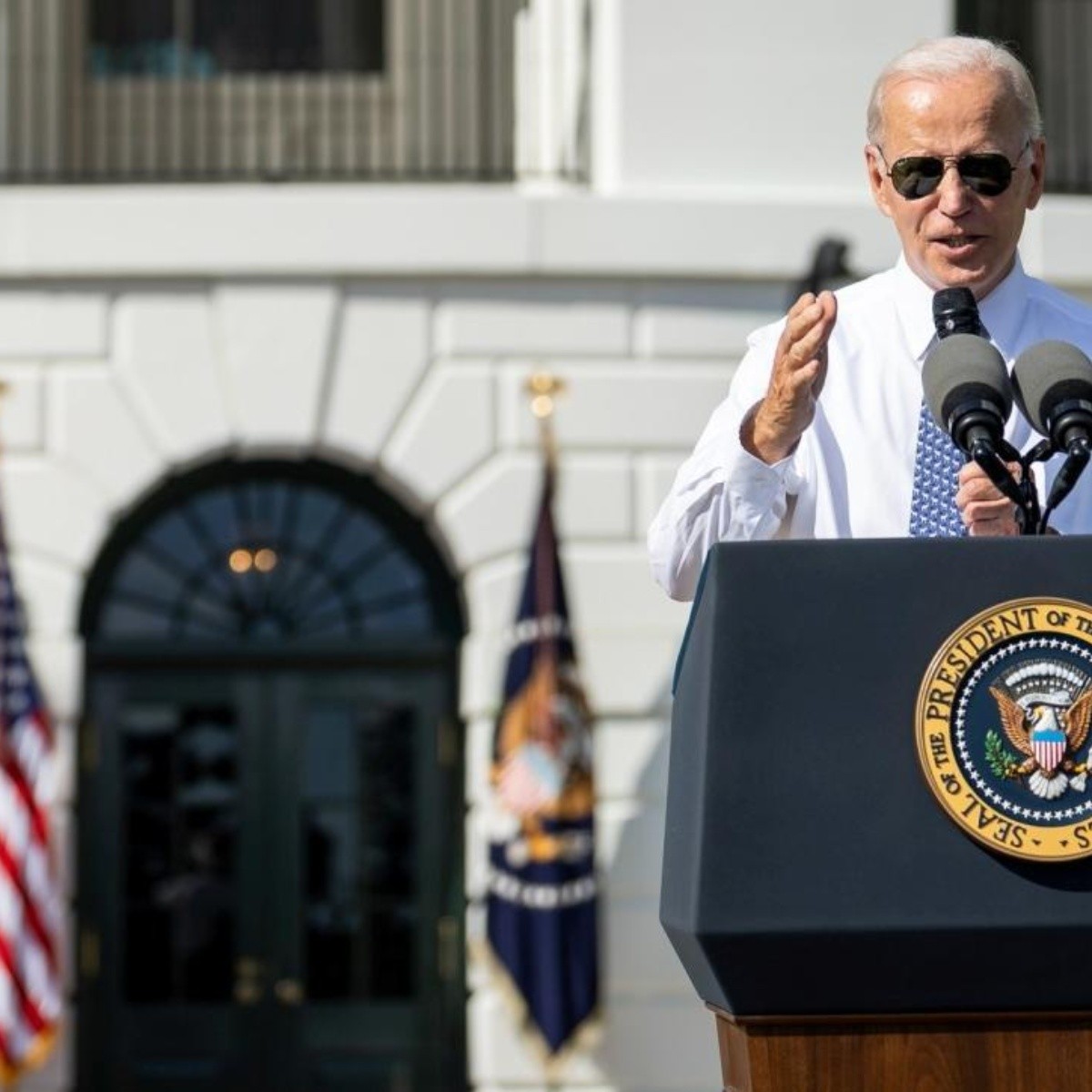 United States.- Joe Biden, the president of the United States, did not announce an international military intervention to remove Venezuelan President Nicolás Maduro from power and “liberate” Venezuela. There is no trace of such an order and US Defense sources and the Colombian Foreign Ministry deny it.

A viral video assures that the Biden government announced the “freedom of the Venezuelan people” and that Venezuela must be prepared for what may happen in the next few hours, since “the international community” has joined the United States to remove “Nicolás Ripe of power”.

The publications, with thousands of views, also accuse the Caribbean country of deploying Russian military weapons off the Colombian Caribbean coast, which threatens the national security “of Colombia and Brazil.”

“The decision has already been made and it will be to expel Nicolás Maduro as soon as possible from Venezuela, since the Venezuelan people have confirmed their support for an imminent military intervention,” continues the anonymous narrator.

According to the information, the opponent Juan Guaidó would also have confirmed his support for a democratic charter that would allow foreign military intervention and the International Criminal Court (ICC) would have “confirmed” greater international pressure against the government of Nicolás Maduro, whom he accuses of ” charges” of drug trafficking.

There is no trace that Biden has announced a military intervention, the Colombian Foreign Ministry denies that they have alerts on the subject and sources close to the opposition Juan Guaidó reject the information. In addition, the Office of the Secretary of Defense of the United States denied to EFE Verifica that the country intends to intervene militarily in Venezuela.

A search with the keywords “Joe Biden” and “Venezuela” shows that there is no trace that the president has announced an immediate invasion of the US Army in Venezuela or that Colombia has activated an alarm for the deployment of Russian weapons in front of its costs.

The Colombian Foreign Ministry rejected EFE Verify the information and said that at the time something like this had happened they would have made a statement.

In the same direction, the Office of the Secretary of Defense of the United States, denied last week a military intervention in Venezuela, in the face of similar disinformation that assured that the Southern Command of that country, which coordinates the military operations of the United States in Latin America , was about to attack the country.

In addition, the viral recording ensures that Juan Guaidó is aware of the military alliance to overthrow Maduro, but sources close to the opponent rejected this information.

The latest pronouncements of the United States on Venezuela

After arriving at the White House in January of last year, Biden decided to maintain the recognition of Guaidó as interim president that his predecessor, Donald Trump (2017-2021), expressed in 2019, but during these months he has not made Venezuela a priority of his foreign policy.

On the contrary, Biden has focused on China, which he sees as his great competitor for world hegemony.

The undersecretary of the Department of State for Latin America, Brian Nichols, warned last week in a Senate Foreign Relations committee that the United States’ patience with the Maduro government is not “infinite.”

“Nicolás Maduro makes a serious mistake if he thinks that our patience is infinite and that delaying tactics will serve him,” Nichols said.

The United States has been open to easing the sanctions of the Maduro government if negotiations with the opposition in Mexico are resumed, which were suspended in October 2021 due to the extradition to US territory of Alex Saab, considered a figurehead of Maduro.

But Nichols promised that if there is no progress, his government will continue to work in coordination with its partners “to ensure that the regime does not have access to assets that are frozen” and will promote “investigations” by the International Criminal Court (ICC) into violations of human rights in Venezuela.

In short, US President Joe Biden did not announce an international military intervention to remove Venezuelan President Nicolás Maduro from power and “liberate” Venezuela. There is no trace of such an assertion and US and Colombian defense sources deny it.