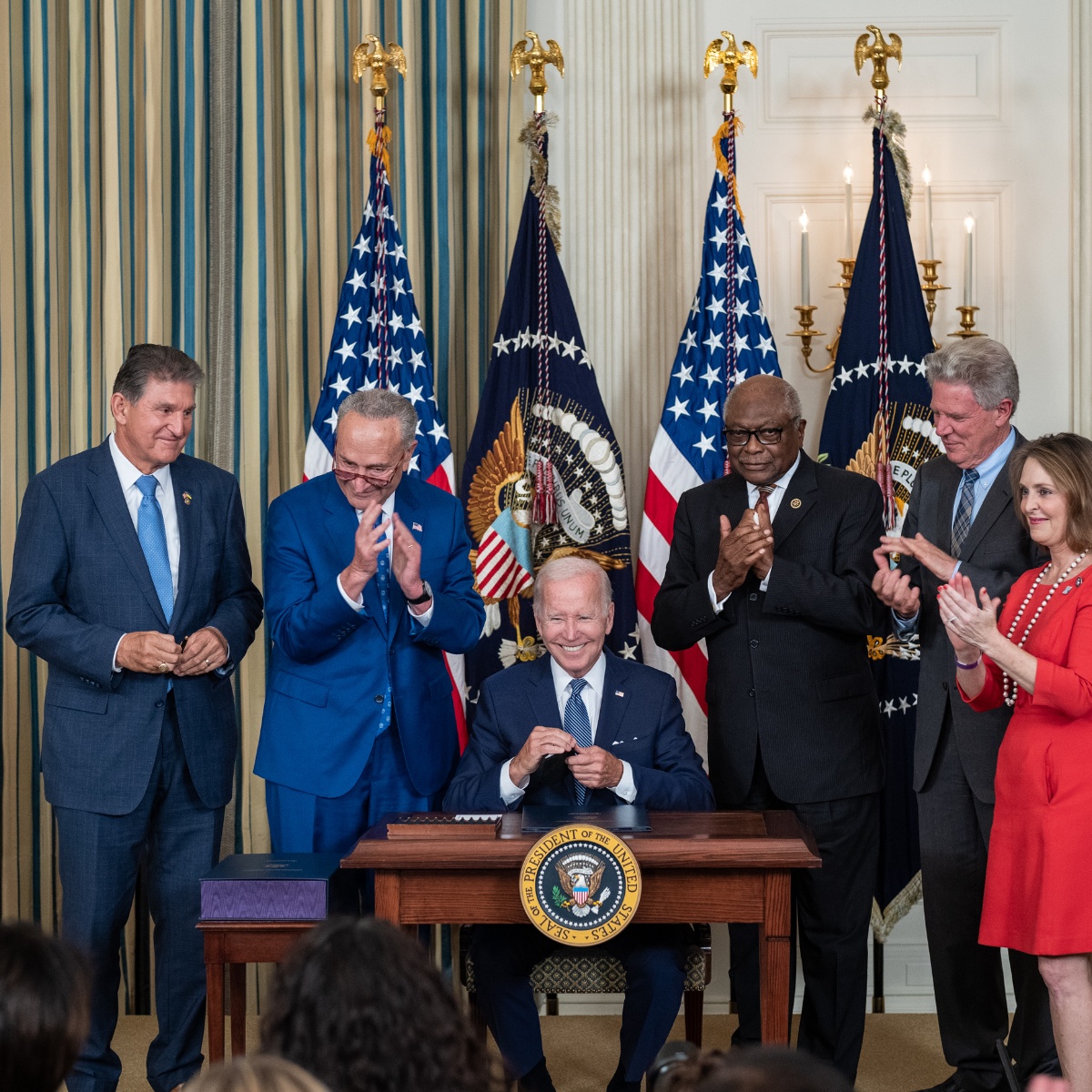 The president of United States, Joe Bidenpromulgated in the White House a law to combat climate changewhich is considered the largest package in history against this environmental problem, since 430 billion dollars will be allocated to mitigate the effects of the environmental crisis.

It should be noted that this law, which was enacted this day in the presence of Democratic leaders who accompanied Biden, has as its main objective to reduce the emission of gases that cause greenhouse effect and reduce prescription drug prices.

As reported in AmericanPost.NewsJoe Biden suffered from a prolonged case of COVID-19 that forced him to remain in isolation for almost two weeks, because he continued to give positive results to the tests to detect this disease, which he has already overcome.

Tune in as I deliver remarks and sign into law the Inflation Reduction Act, a historic bill that will lower costs for American families, combat the climate crisis, reduce the deficit, and finally make the largest corporations pay their fair share in taxes. https://t.co/QVATPkuSkN

It should be noted that the law promulgated by Joe Biden, in his capacity as president of the United States, was previously approved by the House of Representatives and by the Senate of that country, which was considered a legislative victory for the president and the Democratic party.

In addition, this new regulation will also reduce the price of medicines for the elderly population of USAand will guarantee that pharmaceutical companies and millionaires pay their corresponding taxes to the US treasury.

It may interest you: Joe Biden suspends the immigration program “Stay in Mexico”

Previously, it was announced that Joe Biden will seek re-election as president of the United States in the next elections of 2024. For his part, Donald Trump also announced his intentions to contend in these elections.