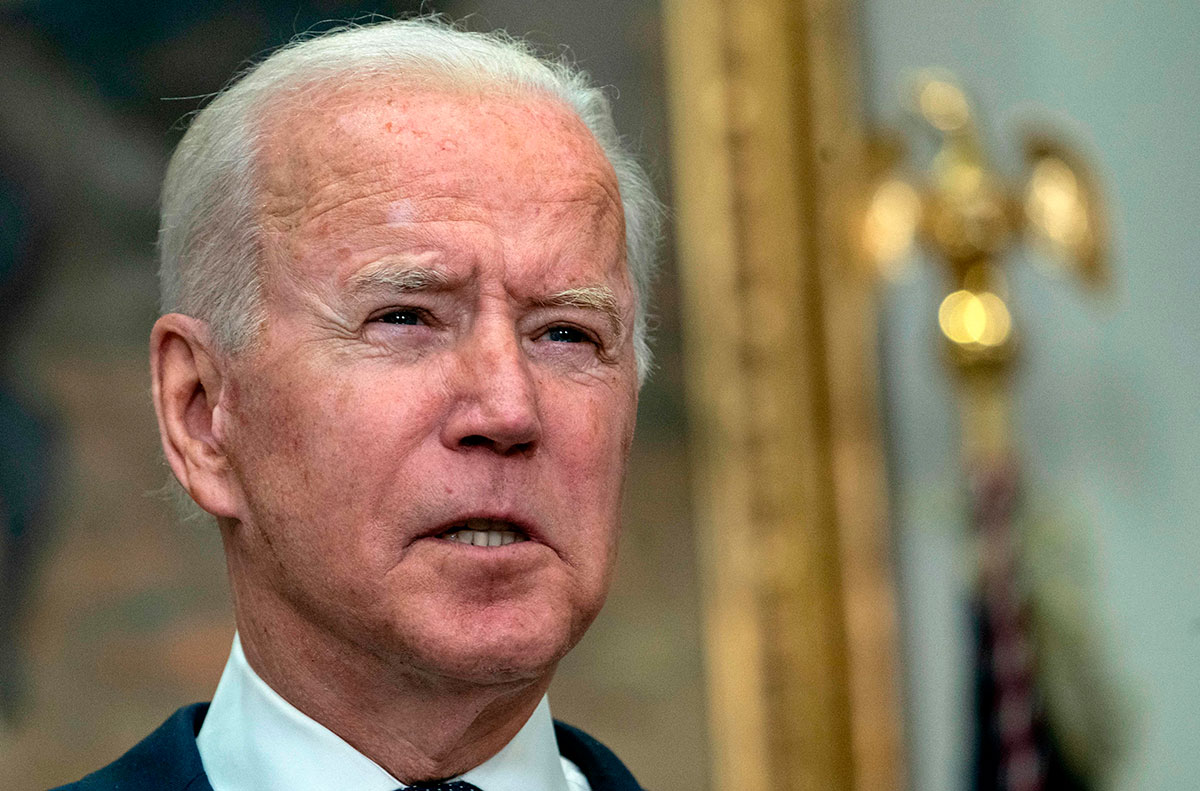 US President Joe Biden affirmed that he hopes to carry out the evacuation of Afghanistan by August 31, although he warned that it could be extended given the danger at Kabul airport and the risk of terrorist attacks.

This was expressed by the president in an appearance at the White House this Sunday to comment on the evacuation efforts underway.

Asked about the date of August 31 marked as the deadline to complete the withdrawal from Afghanistan, and for which several allies such as the United Kingdom and the European Union have proposed an extension, Biden acknowledged that it is an option but maintained for the moment the commitment.

“There are discussions about the extension. Our hope is that we don’t have toBiden noted.

The president also pointed out that US troops had expanded the perimeter of the airport to guarantee the safety of people waiting to leave the country.

“There is no way to evacuate all those people without pain “He added in reference to the images of anguish of those who have not been able to board one of the outbound flights.

“There is still a long way to go,” he warned. Many things can go wrong.

According to the British Defense Ministry, seven Afghan civilians have died in the chaotic situation outside the airport in the Afghan capital.

Thousands of people crowd at the entrance to the Hamid Karzai International Airport in Kabul with the aim of getting on one of the planes, amid the fear that exists after the taking of the capital by the Taliban a week ago.

According to estimates by the White House, there are still between 10,000 and 15,000 Americans in Afghanistan who need to be evacuatedas well as between 50,000 and 65,000 Afghans and their families whom the US also wants to remove from the country.

The United States evacuated 7,800 people on Saturday from Afghanistan, bringing the total in the past week to about 25,000. The figure represents a significant acceleration compared to the rate recorded in recent days, when the 4,000 evacuees per day were not exceeded.

Hours before, your national security adviser, Jake Sullivan, had warned that the threat of a terrorist attack by the Islamic State (IS) at the gates of the airport “is real, serious and persistent”.

Biden confirmed this concern by ensuring that there is a possibility that terrorists want to “take advantage of the situation to attack the airport.”

This Saturday, the US embassy in the Afghan capital advised in a message sent to its citizens “to avoid traveling to the airport or the airport gates unless they receive direct information from a US official to do so” in the face of “potential security threats.” at the aerodrome gates

For his part, the Secretary of State, Antony Blinken, assured that the situation around the airfield is “incredibly volatile” and acknowledged that the “Taliban control Kabul”, making exit operations difficult.

“Thats the reality. That’s the reality we have to deal with, ”Blinken said in an interview on CBS television this Sunday,

For this reason, he admitted, “a requirement of the job now is to be in contact with the Taliban” to guarantee safe access to the airport, despite reports of blockade and harassment of Afghans who try to access the airfield to board any of the flights. evacuation

This Sunday, the Secretary of Defense of the United States, Lloyd Austin, requested the assistance of several US commercial airlines in the evacuation efforts from Afghanistan.

It’s a statement, The Pentagon informed that the airlines American Airlines, Atlas Air, Delta Airlines, Omni Air, Hawaiian Airlines and United Airlines will participate with 18 aircraft, although he stressed that they will not fly to Kabul and will focus on “the transfer of passengers from secure temporary bases and interim transit centers.”

The United States has reached agreements with various countries, including Germany, Qatar, Spain and Bahrain, to temporarily host Americans, applicants for special visas and Afghans at risk in transit to the United States.

Continue Reading: The heartbreaking testimony of a university student whose dreams were shattered with the arrival of the Taliban in Afghanistan