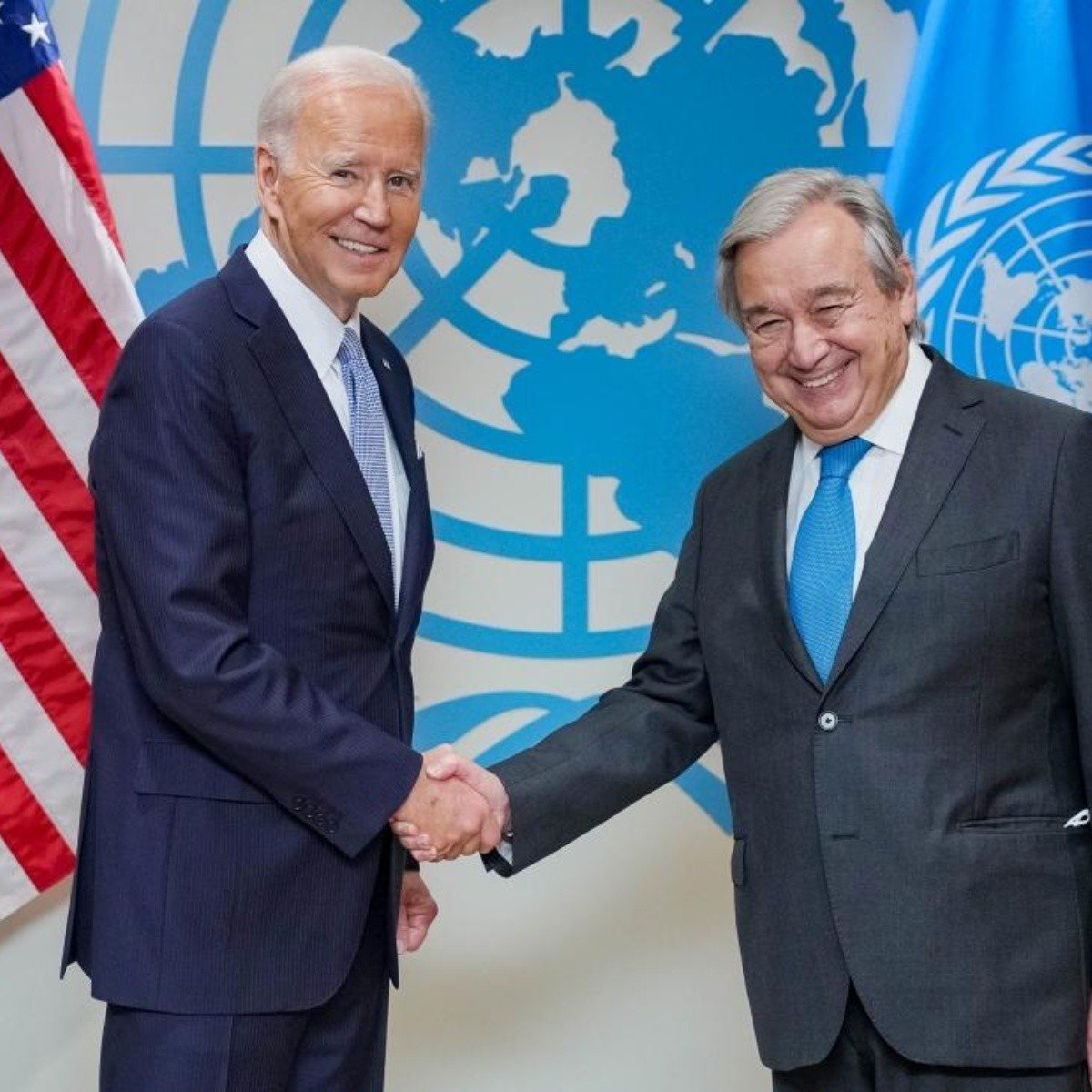 New York.- Joe Bidenthe president of the United States, acted as host this Wednesday and organized a party for the world leaders who participate in the United Nations General Assembly.

The event took place on the New York Natural History Museumin whose hall hangs a colossal blue whale of more than 25 meters.

The streets surrounding the museum were closed, there was a large police deployment and some passers-by were having fun trying to guess what world leader He was on board each of the vehicles that were crossing the streets at full speed, according to Efe.

The caravan of black vehicles in which they were traveling Biden and First Lady Jillarrived at the museum around 7:03 p.m. local time and, once there, were greeted by the president and director of the museum, Ellen Futter and Lisa Gugenheim, respectively, the White House reported.

The Bidens They acted as hosts because the United Nations headquarters are on US territory.

The nations of the world are united still. pic.twitter.com/tqQohQrKYv

The event was an occasion for Biden meet old acquaintances like the president of France, Emmanuel Macron, or the President of the Government of Spain, Pedro Sanchezwith those that have already been seen in other international forums.

In addition, it was an opportunity to build relationships with those leaders who have been recently elected at the polls, for example the president of Colombia, Gustav Petro, and the president of Chile, Gabriel Boric.

The event was closed to the press and lasted about two hours, according to the White House.

The Natural History Museum of the Big Apple, which became the center of world diplomacy on Wednesday night, has been portrayed in the cinema with films such as “Night at the Museum” (2006) and in literature with novels by Douglas Preston and Lincoln Child, among others.