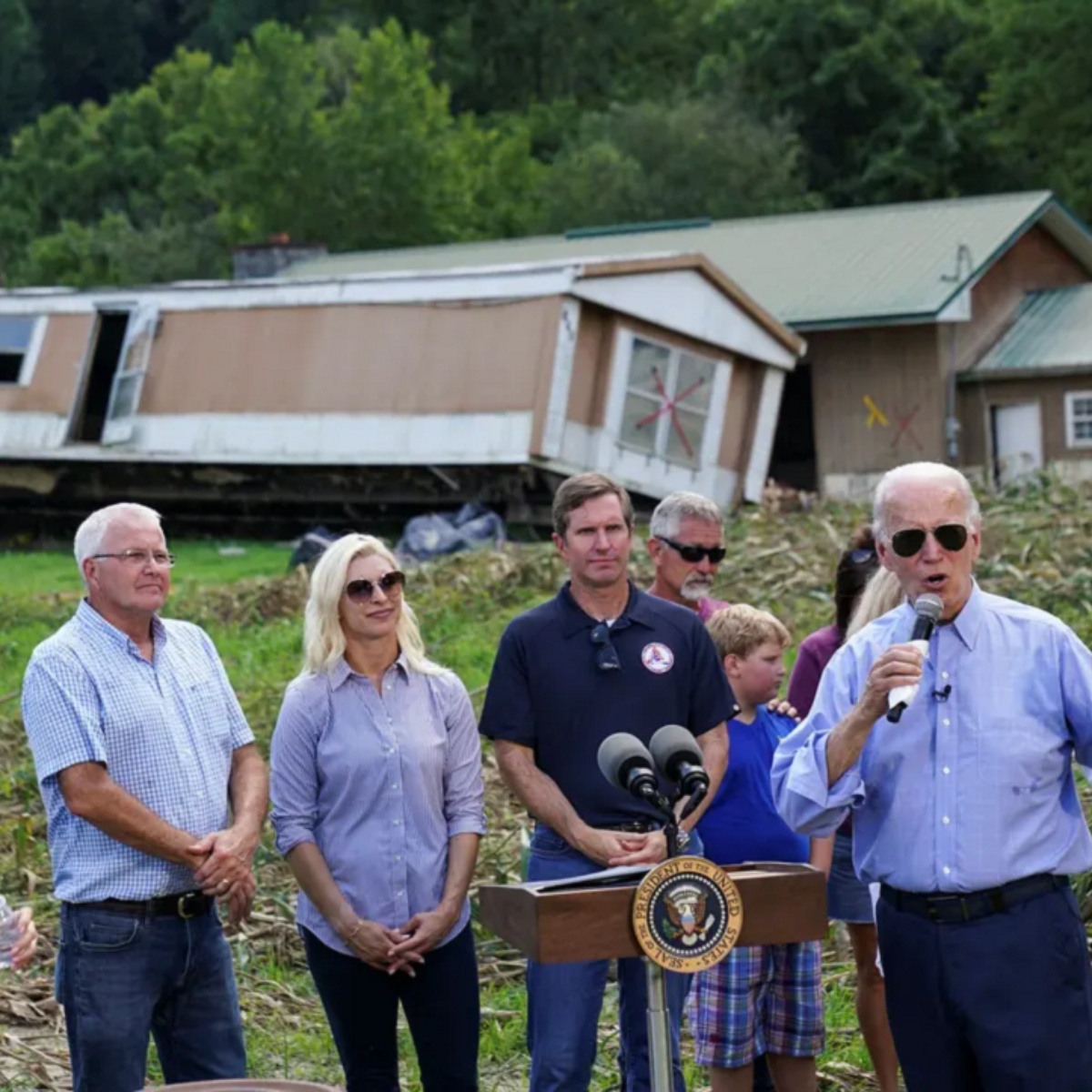 The president of the USA, Joe Bidenpromised more federal aid for the east of Kentucky whipped by the floods on Monday after touring the devastation, which he linked to climate change.

In the sweltering afternoon heat, Biden walked with families through the rubble of their homes in an unincorporated community in the state’s rural southeast.

One family saw their prefab home ripped from its cinder-block foundation and tossed sideways by floodwaters. Rows and rows of soggy corn, planted in neat lines, lay collapsed on the front lawn.

In another family, two young children, not yet of school age, squirmed under the president’s attention as their mother held them back from a new lake that appeared as the rain fell. The new body of water lay a stone’s throw from where their home once stood, before it was washed away. He tumbled across the water, crashed into a small hill.

“No one has seen anything like the historic flooding that hit us on the night of July 26,” Kentucky Governor Andy Beshear said. “Hours of rain lashed these mountains, sending debris-clogged walls of water crashing into homes and businesses, ripping them off their foundations, smashing them into bridges. And for some, their home is simply gone. We don’t even know where it is. Maybe not.” there is not a piece that we can locate”.

“We will stay, the federal government, along with the state, the county and the city, we will stay until everyone is back where they were,” he said after visiting families in Lost Creek, Kentucky, affected by flooding.

At least 37 people died in last week’s flooding after storms dumped up to 10 inches of rain in some areas of eastern Kentucky in just 48 hours. Beshear said Monday that authorities expect to add at least one more death to the total.

Earlier Monday, Biden said at a briefing with state and federal officials on emergency response that climate change is driving more weather disasters.

“As everyone knows, we have suffered from the consequences of climate change, a significant number of climate catastrophes across the country,” Biden said.

The administration describes the Reduce Inflation Act as “the largest investment ever made to combat the existential crisis of climate change.”

Allocates $369 billion to, among other things, work toward energy security and create jobs manufacturing solar panels, wind turbines, and electric vehicles in the United States with American labor.

White House Press Secretary Karine Jean-Pierre expressed concern about the growing effects of climate change, saying, “The flooding in Kentucky and extreme weather across the country are yet another reminder of the intensifying impacts and accelerating climate change and the urgent need to invest in making our communities more resilient to it.”

It may interest you: There are 25 deaths from catastrophic floods in Kentucky

As we report in AmericanPost.NewsJoe Biden issued a major disaster declaration for Kentucky last week, allowing federal funds to be used for rescue and cleanup efforts.

Beshear praised Biden’s response to the flooding, saying Monday that the president “acted faster than ever on the federal disaster declaration as well as individual assistance to our families.”

Biden, who is traveling with his wife, Jill Biden, arrived in Kentucky on Monday morning and was greeted by Beshear and his wife, Britainy Beshear.

They drove through the parts of Breathitt County that were hardest hit by the storm and then attended a flood impact briefing with first responders, as well as meeting with families who lost their homes in the disaster.

This is Biden’s second visit to Kentucky as president. He traveled to the state in December to see the damage from tornadoes that killed 81 people.

Beshear said Monday that “the trials and tribulations that we Kentuckians have faced are hard to fathom.”

He added, however, that the state may be better able to handle crises “because of how we support each other in times of need.”