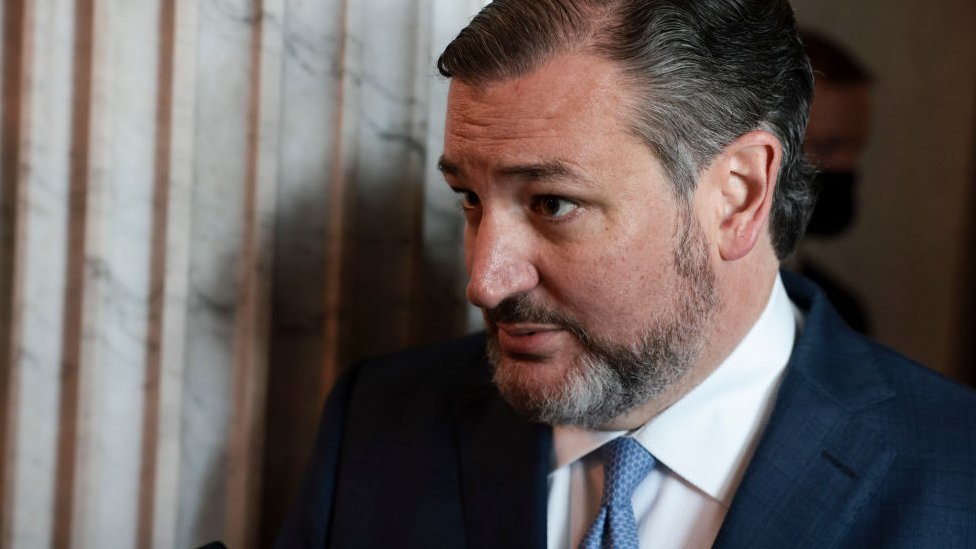 They sing it in stadiums, they write it on banners, Republican politicians pronounce it and even an airplane pilot dares to pronounce it in mid-flight.

“Let’s go Brandon” has become the fashionable slogan of the opposition to Joe Biden in the United States.

The phrase is actually a euphemism for “Fuck Biden” and comes from apparent confusion.

It happened during a NASCAR car race in Alabama in early October.

The winner, named Brandon Brown, was being interviewed by an NBC reporter while the crowd sang.

The reporter interpreted that the chants of the spectators said “Let’s go Brandon” and this was reported in the broadcast.

But actually what they were singing was “Fuck Biden.”

A sector of the American right accuses the journalist, named Kelli Stavast, of masking the true chant of the stands against Biden.

Many Trump supporters they have taken this alleged misunderstanding of the reporter as proof of what they consider “fake news” in the media.

Republican Senator Ted Cruz of Texas said in a recent interview with conservative podcaster Benny Johnson that the reporter’s clip was “surreal” and that hearing her say they were singing “Let’s go Brandon picked up all of the fake news at the same time. ”.

Since the day of the incident during the race, on October 2, “Let’s go Brandon” It has not stopped growing in Google Trends.

And today it is a slogan frequently used by the opposition to President Biden both on social media and in public spaces.

One of the most curious incidents occurred last Friday, October 29.

During a flight between the cities of Houston and Albuquerque, the pilot concluded his greeting to the passengers with the phrase “Let’s go Brandon.”

The airline in question, Southwest, has opened an investigation in this regard and responded in a statement that “it was proud to provide a comfortable, respectful and welcoming environment” and that “behaviors of any individual that are divisive or offensive are not tolerated.”

Republican politicians have also adopted this slogan to show his dissatisfaction with the Biden administration.

The popularity of this anti-Biden slogan occurs in parallel to a difficult moment for the president without even having served his first year in the White House.

Polls have been warning in recent months of a decline in its popularity, which at the beginning of November reached a level of 51% disapproval.

A trend that has been reflected this week at the polls after the unpredictable victory of Republican Glenn Youngkin as governor in Virginia, a state in which Biden clearly prevailed in the presidential elections a year ago.