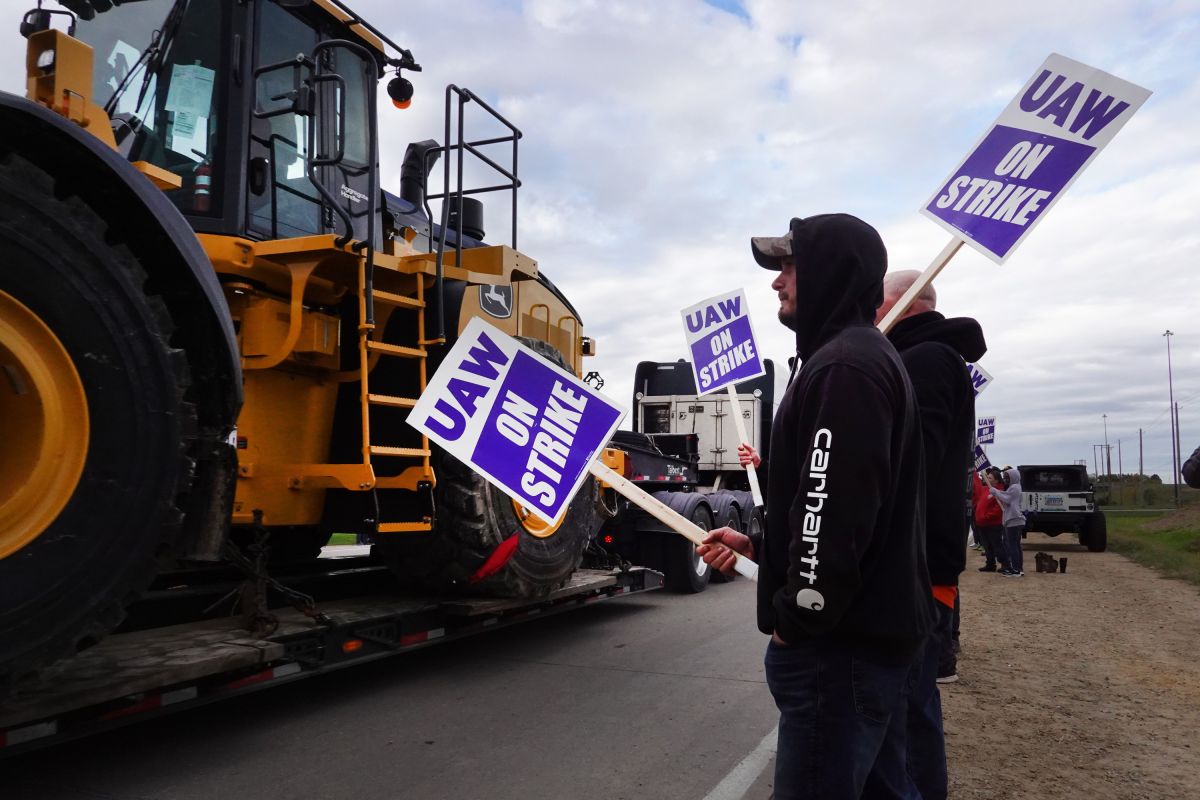 More than 10,000 members of the United Auto Workers union will continue to strike against agricultural and construction machinery manufacturer John Deere, after they voted against a second interim labor agreement with the company late Tuesday.

The vote was much closer this time, with 45% of votes in favor of the proposed six-year agreement and 55% against. A previous interim agreement, reached on October 1, was rejected by 90% of the members in a ratification vote that concluded on October 10.

Just this Saturday the company had announced a tentative agreement with the UAW union.

Many of those who voted against the two rejected agreements felt that, despite the salary increases and the improvement in benefits offered, the company could afford even more at a time where the company has made record profits.

The new tentative agreement was reached last Saturday, but members went on strike while the ratification vote took place. The union only made a brief comment about the new rejection of its members.

“The strike against John Deere and company will continue as we discuss next steps with the company,” according to the UAW statement.

The strike against Deere at 14 facilities began on October 14.

A separate agreement with the same financial terms covering 100 UAW members at two John Deere facilities in Atlanta and Denver was approved by the members, thus the strike will only continue at the other 12 Deere locations, including all its factories in the United States.

“Through the agreements reached with the UAW, John Deere would have invested an additional $ 3.5 billion in our employees, and by extension, in our communities, to significantly improve wages and benefits that were already the best and most comprehensive in our industries, ”said Marc Howze, Deere Managing Director.

The company said the new deal rejected included an immediate salary increase of 10% and 30% during the term of the contract, a $ 8,500 bonus and health coverage without costs for members in terms of premiums, deductibles and insurance, better retirement benefits and a new paid parental leave.

“These are skilled and tedious jobs that UAW members take pride in every day,” said Mitchell Smith, UAW regional director, the day the strike began. “Strikes are never easy for workers or their families, but John Deere workers believe they deserve better benefits, a safer workplace and adequate benefits ”.

Some labor experts note that the record rate of non-union workers leaving their jobs across the country is a sign that employees are demanding more from their employers longer their jobs than in the past.