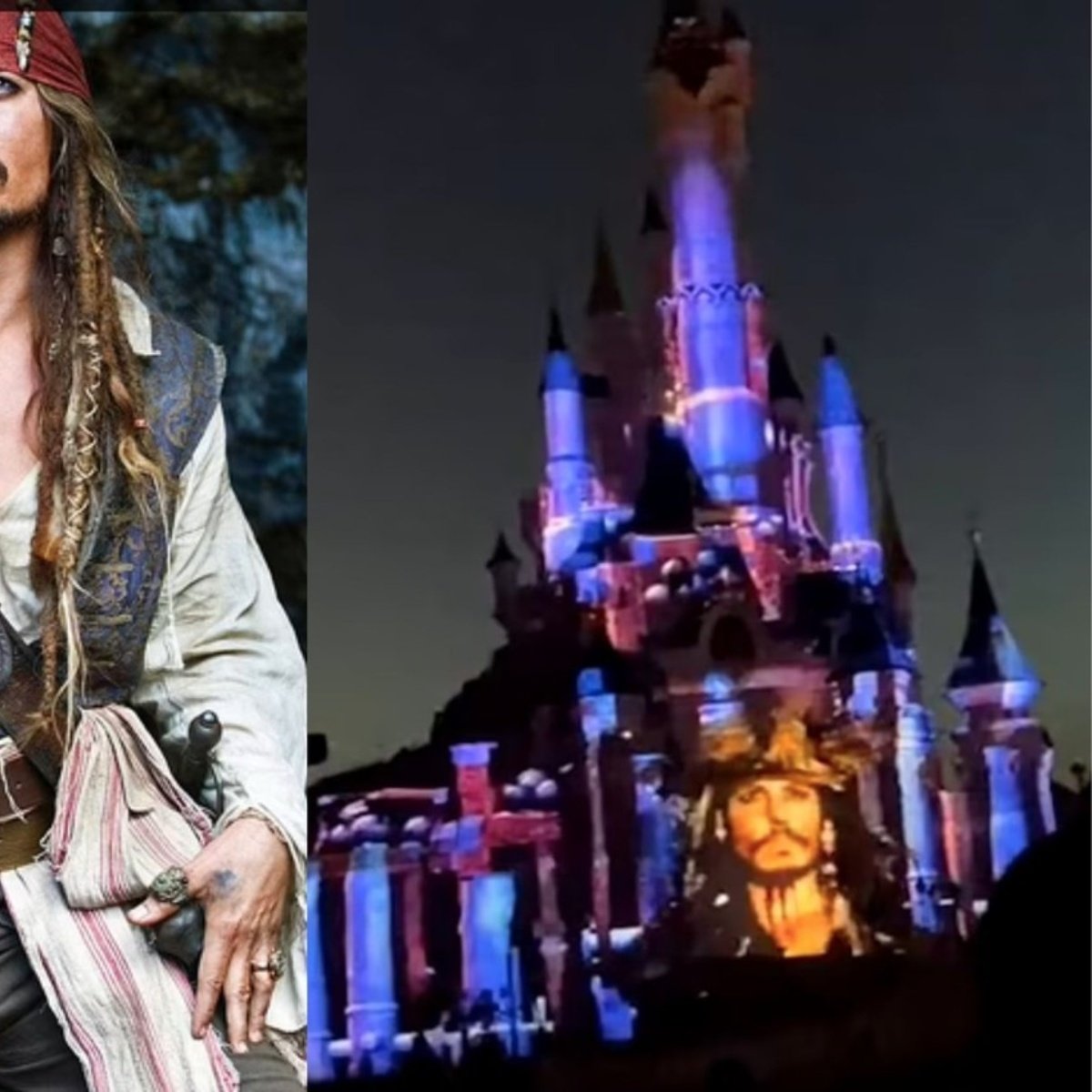 After the trial that Johnny Depp initiated against his ex-partner Amber Heard for defamation, the actor’s image seems to recover its importance little by little.

This seems to be understood by Disney, the company that owns the rights to Depp’s most famous films, Pirates of the Caribbean.

This weekend, Disney returned to wearing Johnny Depp’s face for the first time since winning the case, marking a change of heart after giving up wearing it when the actress accused him of being a “wife beater.” ”.

According to European media, the actor’s image as Captain Jack Sparrow was projected at the Disneyland Paris Castle over the weekend for the first time since the House of Mouse cut ties with Depp.

The image was projected during a show related to Pirates of the Caribbean, complete with fireworks. In the show, some lines said by Jack Sparrow could also be heard.

During the trial, Depp confirmed to Heard’s attorney that “nothing in this world,” not even “$300 million and a million alpacas,” could get him to work with Disney again on a Pirates of the Caribbean movie.

But last month, a Virginia court ruled in Depp’s favor, ordering him to pay $10 million in damages.

One of Depp’s central claims at trial was that Heard, by calling himself a “public figure representing domestic abuse,” caused him to lose his role as Captain Jack Sparrow in the hit Pirates of the Caribbean franchise.

YOU MAY BE INTERESTED: Johnny Depp celebrates victory over Amber Heard with a powerful message

Disney canceled Johnny Depp and the actor does not forgive

In 2018, Sean Bailey, Disney’s head of production, said that Depp was no longer part of the franchise’s future plans. Although he did not attribute the decision to the accusations against him, everything indicated that it was so.

Bailey told The Hollywood Reporter, “We’re going for a new energy and vitality.”

Since the trial ended, many fans have demanded that Disney apologize to Depp and reinstate him in the role of the character.