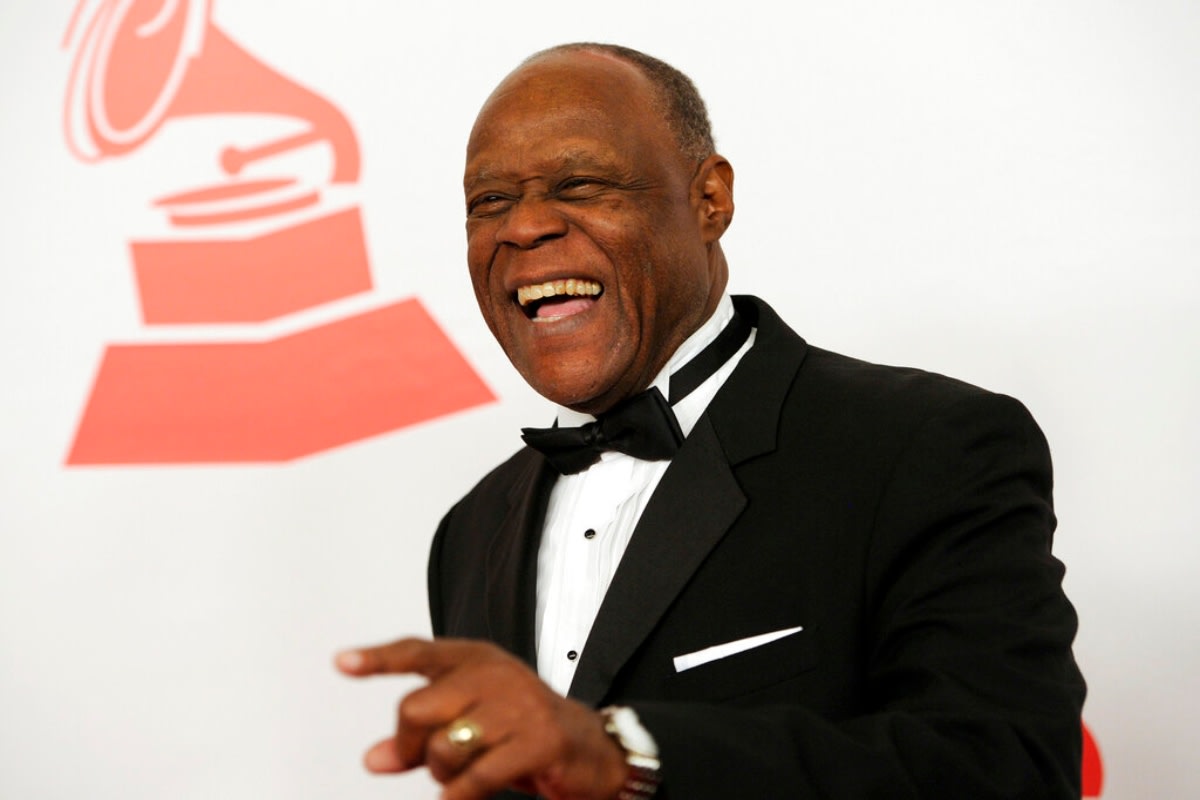 It was last Wednesday that the sensitive death of Johnny Ventura at 81 years of age was reported, and now, that a public funeral was held to say goodbye to the Dominican singer, his most faithful admirer collapses when noticing something strange when opening the coffin.

Dominican journalist Tony Dandrades, through his social networks, shared a video of this emotional moment in which Rafael Ureña, better known as “Hany”, simply couldn’t take it anymore and must stop his step, but what did he see? ?

“Hanny”, considered by many to be the most faithful admirer of Johnny Ventura, even by the Dominican singer himself, carries in his arms one of the more than 100 albums of “El Caballo Mayor” and walks at a slow pace. His sadness is more than evident.

Upon reaching the front of the coffin, which remained open at all times, “Hanny” collapsed, although the reason is not very clear, since one of the guards of the place did not let him stay more to mourn this game to give him opportunity to other Johnny Ventura fans (TO WATCH THE VIDEO CLICK HERE).

After seeing “Hanny”, Johnny Ventura’s most faithful admirer, collapse in front of the Dominican singer’s coffin, several people reacted to this video: “It is something very regrettable for the Dominican Republic and the world, you left but you will always be present ”.

And despite the sadness that invaded the venue, outside several people who were waiting their turn to say goodbye to “El Caballo Mayor” decided to remember him in the best way: singing and dancing his songs in the middle of a party atmosphere (TO SEE THE VIDEO CLICK HERE).

They say goodbye to Johnny Ventura

According to information from the AP, the funeral ceremonies began on Thursday to dismiss the Dominican singer with a private wake for family members. A day later, a formal wake was held at the Fuerza del Pueblo Party, the Chamber of Deputies and the District Mayor’s Office.

And after his admirers say their last goodbye to Johnny Ventura, there will be a tour of Villa Juana, to finally be buried in the Cemetery of Christ the Redeemer. It should be noted that Johnny was a member of the Dominican Revolutionary Party, in addition to being a deputy and trustee (mayor) of Santo Domingo from 1998 to 2002.

Through the social networks of the El Gordo and La Flaca program, more moments of the public funeral of Johnny Ventura were shared, where it can be clearly seen that the coffin remained open at all times. What did your most loyal admirer have seen that made you collapse?

Luis Abinader, president of the Dominican Republic, was present at this ceremony to dedicate some emotional words to “The Greater Horse”, who passed away untimely last Wednesday after he began to feel bad while having lunch (TO SEE THE VIDEO CLICK HERE).

If it is about emotional moments, there is also the moment when the remains of the Dominican singer Johnny Ventura arrived at the Palacio de los Deportes in Santo Domingo, in the Dominican Republic. The people who were present were absolutely silent.

As mentioned above, “El Caballo Mayor” began to feel ill while having lunch in the Dominican city of Santiago de los Caballeros, so his driver immediately took him to the Clínica Universitaria Unión Médica (TO SEE THE VIDEO CLICK HERE ).

According to the medical report, Johnny Ventura was received in asystole (cardio-respiratory arrest) and was assisted quickly: “Advanced cardiopulmonary resuscitation maneuvers were started immediately for 45 minutes, during which time there was never a response”.

The Dominican singer, born on March 8, 1940 in Santo Domingo, Dominican Republic, was declared dead at 3:12 pm, with probable myocardial infarction, hypertensive heart disease and ischemic heart disease as causes of the sudden death. Rest in peace (TO WATCH THE VIDEO CLICK HERE).

Also in New York they pay tribute to him

On the Instagram account of El Gordo and La Flaca, a publication was shared in which it is shown that in New York City, tribute was also paid to the Dominican singer. Many people came with banners, flags and something else.

Félix Jérez, who worked with Johnny Ventura, commented that a musical celebration would be held with the participation of different artists of Dominican origin, although unfortunately several did not respond to the call (TO SEE THE VIDEO CLICK HERE):

For his part, Jandy Ventura, one of the Dominican singer’s sons, shared that he was very close to his father, so his unexpected death left him devastated: “One of the first calls I received was from Gilberto Santa Rosa.”

Regarding the tribute that would be paid to Johnny Ventura at the Palacio de los Deportes, Jandy assured that all the people who wanted to attend could say goodbye to him, in addition to the fact that the coffin would remain open “for the whole world to see” (TO SEE THE VIDEO CLICK HERE).

Puerto Rican Willie Colón remembered Johnny Ventura on Twitter as a close friend and a hero willing to help him when on a visit to the Dominican Republic he was being sabotaged by an organizer.

“He was my best man at my wedding in Cancun in 1991. Celia (Cruz) was the matron of honor. A gentle giant; Johnny had class and unpretentious elegance. Physically, an imposing figure who spoke articulately with charisma ”.

The Colombian singer Carlos Vives regretted that they had stayed days after finishing a song: “What a pain to cry to a man who was only a smile, the thanks I have to give you for your unique voice, for your authentic spirit and that flavor are not enough. that comes to cheer up the sky. Forever Johnny! ”.

Finally, Juan Luis Guerra, another of the great exponents of Dominican music, thanked Ventura on Twitter “for your music and legacy, for your smile and example, and for dressing up every morning and teaching us all what it is. the meringue!!! Thanks Don Johnny !!! ” (With information from AP).