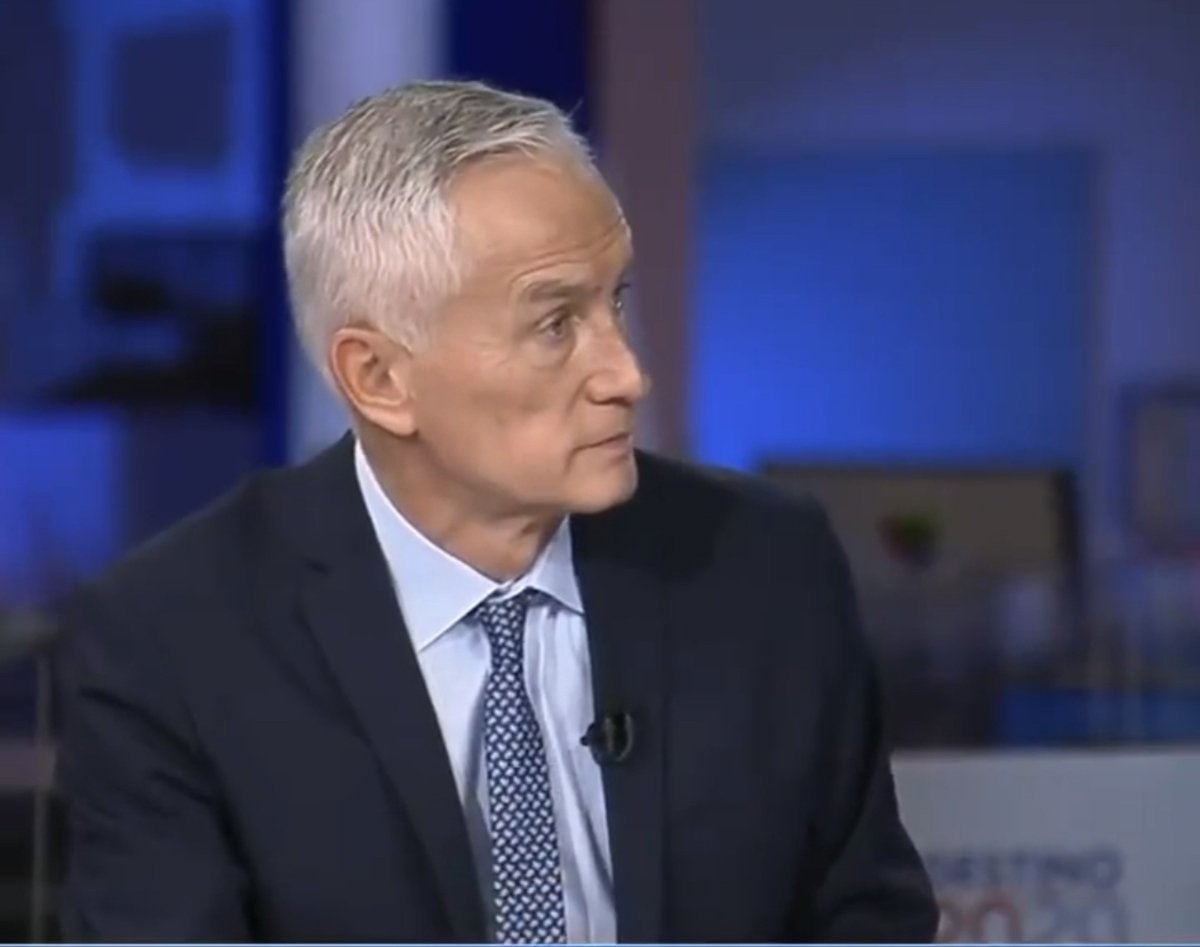 “Why don’t you get it?”…. It was the question that Jorge Ramos asked María Antonieta Collins, who every Sunday goes from the ‘Despierta América en Domingo’ studio to the ‘Al Punto’ studio, and they talked about the Mexican journalist’s contagion of COVID-19.

But before he made a ‘mea culpa’… “Surely I was careless at some point,” Ramos told Collins. after giving him a brief account of the nightmare he experienced when On the third day of being on a paradisiacal island, the one he dreamed of knowing so much, he found out that he was positive for COVID-19.

“It was horrible, all my life I had wanted to go to those islands, on the third positive day of COVID, the whole family returns, I have to stay locked up for 10 days“said the friend to her friend.

The most complicity moment before both was when Jorge Ramos who asked MAC: “Why doesn’t Dr. Fauci hit it, why doesn’t it hit you?”… Marie Antoinette’s response was like the title of her colleague and friend’s show: to the point.

“Because we are not going to those islands in Africa,” the journalist replied. and Mexican writer presenter of ‘Despierta América en Domingo’.

And if up to here the dialogue was interesting, the end can leave many with their mouths open. As we know, Ramos has declared himself an atheist for years, or non-believer of any religion, however, Before her friend said goodbye to return to the set of ‘Wake up America’, she asked her to remind her of Psalm 91 from the Bible.

“A thousand will fall at my right hand, ten thousand around me, but it will not reach me.“, Collins told him as he walked away and left his friend thinking about the Psalm.

Let us remember that we told you that the journalist was ready to spend the vacation of his dreams in Mahe, Seychelles Islands, with his family, when a news story that has him as the protagonist crossed his path… Jorge Ramos discovered that he was infected with COVID and was trapped on said paradisiacal island.

The journalist himself confirmed it in a column that he wrote on the ‘Al Punto’ page and whose title is: ‘Trapped in Paradise’.

As a ‘breaking news’, Ramos said that he acted immediately on his not-so-positive news: “None of the rest of the group was infected and surprisingly I found some flights to Miami that same night to return everyone. My daughter Paola did not want to leave me alone and, in an incredible show of affection and solidarity, she stayed with me for a few days to take care of me.“, explained the journalist in the column.

“Once the diagnosis is confirmed, the Seychelles Ministry of Health contacts you and forces you to put yourself in strict and solitary quarantine“Just as he was confined to his paradisiacal hotel room, surrounded by exotic vegetation and a magically colored sea, but unable to leave.

But that nightmare in which he had an earring from Chiquinquirá as an amulet is over and soon he will tell the end of the story as he promised: “I am trapped in paradise. I still don’t know how or when I’m going to be able to leave here. But I suspect that this experience will mark me a lot. In fact, it already changed me. It has given me time, a lot of time, to think about what is truly important. Then I’ll tell you how all this ends“.

You already know the rest of the story, and he is already in Miami with his family and working.

•Jorge Ramos: Infected with COVID was trapped on a paradisiacal island